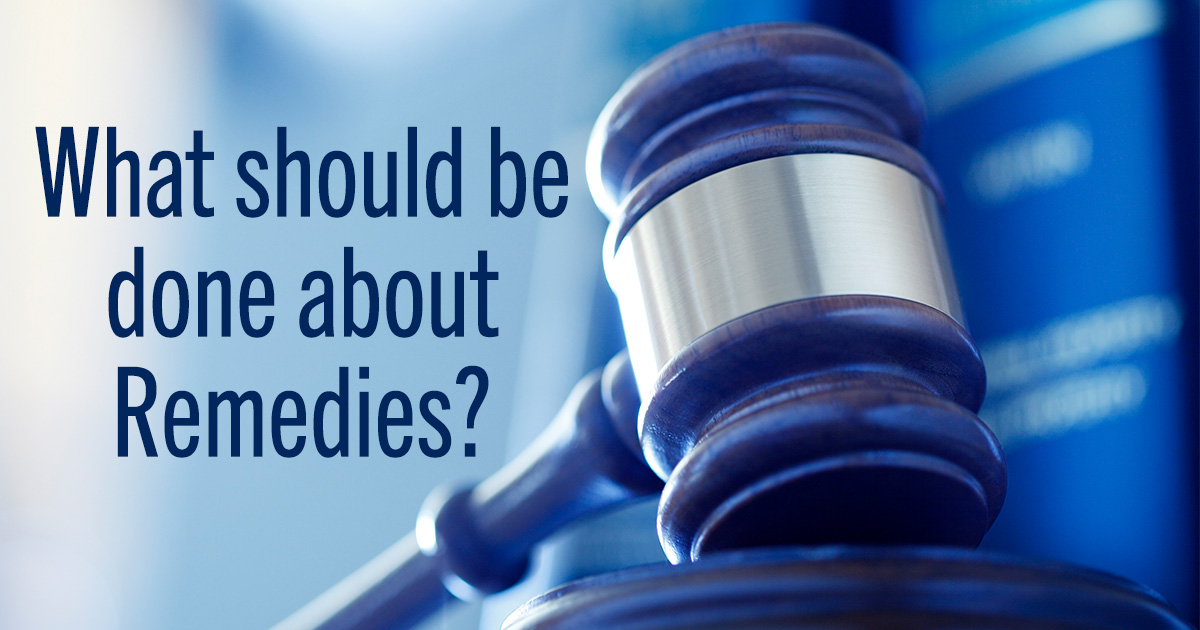 I have previously blogged about the unfortunate case of Peevyhouse v. Garland Coal. In a poll of law professors, Willie and Lucille Peevyhouse were voted “The Most Screwed Victims in Case-law History.”

The case’s dishonor was not bestowed solely due to the coal company’s appalling breach of its contractual duty to restore the Peevyhouses' land after strip-mining it. They were also victimized by a lawyer who lacked a basic understanding of how damages are measured and the range of other remedies available.

Specifically, counsel for the Peevyhouses sought restoration-cost damages of $29,000 when the proper measure was diminution-in-value (only $300). He also overlooked the likelihood of a much larger restitution recovery (perhaps as much as $32,000). He didn’t seek—until it was too late—a specific-performance decree that could have ordered the coal company to actually perform the promised restoration.

Unfortunately, Peevyhouse is not the only case of incompetence that law students encounter in their first semester. Two others demonstrate attorney misunderstanding when it comes to remedies.

In Hawkins v. McGee, the infamous “hairy hand” case, Hawkins’s attorney was likewise confused as to damages. He sought to recover tort damages in a contract case. Facing retrial after reversal on appeal, he settled the case for less than half the jury’s verdict. (By the way, Dr. McGee was not the charlatan that students perceive him to be. But that’s a separate story.)

In yet another first-semester case, Freund v. Washington Square Press, Freund’s attorney lost his client a meaningful recovery by failing to introduce proof of reliance-based damages. (An expectation-based claim for potential lost royalties failed for lack of reasonable certainty.) His client ended up with six cents in nominal damages.

(To make certain that no potential element of damages is overlooked, I recommend that lawyers start their trial preparation by drafting jury instructions on damages. Then they should prepare their case with the instructions in mind.)

Wrong measures of damages, overlooked restitution claim, lost chance for specific performance. Are they not teaching about remedies in law school?

Well, not so much. During the first half of the 20th century, most law schools offered three courses in remedies. In the second half, they were consolidated into one course. Then that one course underwent shrinkage. 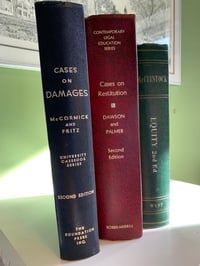 At mid-century, McCormick & Fritz’s Damages casebook ran 762 pages. The leading Restitution casebook, by Dawson & Palmer, contained 1,065 pages. And Re’s Cases & Materials on Equity and Equitable Remedies weighed in at 1,350 pages. That’s a total of perhaps nine credit-hours of remedies courses and more than 3,000 pages of text.

The first widely adopted casebook to combine the three subjects into one volume was York & Bauman’s Cases & Materials on Remedies (1,271 pages) in 1967. It was intended to support a two-semester, six credit-hour course.

But over the years the number of credit-hours that law schools allot to Remedies has been trimmed. Today’s typical Remedies course is offered in a one-semester, two or three credit-hour format. So several contemporary Remedies casebooks are in the 700- to 900-page range. One law school has experimented with a one credit-hour Remedies course. Reductio ad absurdum!

Is it possible that remedies are now more fully covered in substantive law courses? Not likely. Many law schools have reduced their required Contracts and Torts courses to one semester and made Property an elective course. And an anticipated “Restitution renaissance” has yet to materialize.

In sum, Remedies as a field of law-school study has been slowly fading. What should be the capstone of the third year is becoming a mere postscript.

How has this been allowed to happen? One contributing factor is pressure on credit-hour allocation to add lawyering-skills and bar-prep courses. Another is that Remedies is no-one’s primary course, so it has few defenders when curriculums are reconfigured. And its eclectic nature makes it a difficult course to teach; rare is the faculty member clamoring to teach Remedies.

What can law students do that believe, as my former colleague Associate Dean Emeritus Nelson Miller has written, “The lawyer who doesn’t know remedies is like a doctor without a cure?”

Find an ally on the faculty willing to teach an expansive Remedies course. And more than once a year. Advocate for making Remedies a required course. (WMU-Cooley is alone among Michigan’s law schools in offering a Remedies course every term and making it a graduation requirement.)

Also, demonstrate solid potential enrollment numbers for a second, advanced elective course, maybe something like “Problems in Remedies.” Remind everyone that Remedies is tested on the bar exam (in California, more than any other subject except Professional Responsibility).

In “Remedies: A Guide for the Perplexed,” the successor editor to York & Bauman’s pioneering Remedies casebook makes the case for Remedies in these words:

“Remedies, what a winning plaintiff gets, is among the most practice-ready and practical courses in a student’s law school experience… Remedies is client-centered and outcome-oriented. Remedies make a difference in peoples’ lives. In addition, Remedies reviews a student’s first-year courses, brings them together, and focuses on results.”

Only when all stakeholders care—Deans, faculty, and students—will Remedies be restored to its proper place in the law school curriculum.

Otto Stockmeyer taught a Remedies course for more than 30 years at WMU-Cooley and two other law schools. He was an editor and co-author of Michigan Law of Damages and Other Remedies (ICLE, 2002). Now retired, he serves as a commentator on law, legal education, and law student success for the WMU-Cooley Law School blog.