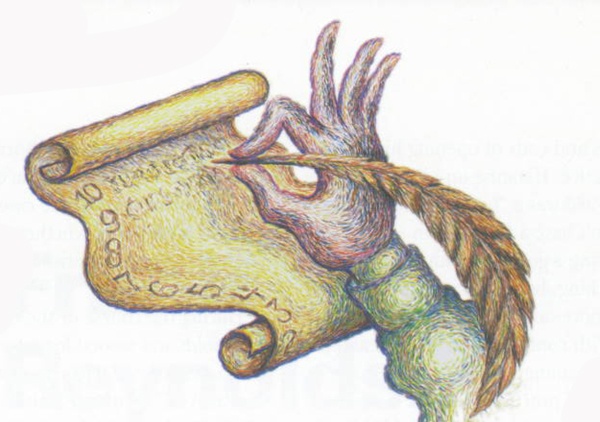 Beginning law students tend to personalize the cases they study, seeing the litigants as victims and villains in a drama, to the neglect of whatever doctrinal point the cases were selected to illustrate. One such perceived villain is Dr. Edward McGee, the Berlin, New Hampshire, physician who operated on the hand of young George Hawkins in Hawkins v. McGee.

Known colloquially as the “Hairy Hand” case, Hawkins v. McGee (1929) has become a staple of first-year Contracts classes ever since it first appeared in a Harvard Law School casebook 70 years ago. (Why that is so is explained here). The case is featured in the opening scene of the 1971 novel The Paper Chase, as well as in the movie and television series based on the book.

Briefly, George Hawkins burned his hand on an electrical wire at age 10, which left a scar across his palm. Shortly after Hawkins turned 18, Dr. McGee performed a skin graft on the hand. It was not the success that Dr. McGee had allegedly promised, which led to the lawsuit.

The two sources of information available to most students are the appellate court opinion itself and a 1978 student article published in the Harvard Law Record.

The opinion, relying on a theory advanced by Hawkins’s lawyer, represents that Dr. McGee was seeking an opportunity to “experiment” with skin grafting. The article, which was based on interviews with Hawkins’s relatives, says that Dr. McGee’s solicitation went on for three years until George finally agreed to the operation.

The article also implies that following the operation George dropped out of high school because he was embarrassed by the condition of his hand. And according to the article, Dr. McGee claimed to have done a number of skin grafts during the war, but later admitted that he had only observed them.

What a charlatan! No wonder students view Dr. McGee as a villain.

A law review article recently posted on the Social Science Research Network, by law professor Daniel P. O’Gorman, is based on a review of the actual trial testimony. It tells a somewhat different story. According to the trial transcript, the skin graft operation was George’s father’s idea; he had earlier taken his son to doctors in Montreal, who recommended against taking any action. He then took George to see Dr. McGee in the fall of 1921.

It was Mr. Hawkins, not Dr. McGee, who broached the subject of an operation to correct George’s hand. The operation was performed in January of 1922, a matter of months, not years.

Dr. McGee’s trial testimony -- that during the war he had both observed and performed skin grafts -- was unrebutted. George had dropped out of high school a year or more before the operation, not as a result of it.

According to the Berlin Sun newspaper, Dr. McGee was one of the city’s leading physicians. He held a reserve commission as a Major in the Medical Corps, was a member of the Board of Health, and was twice elected mayor of Berlin.

The operation was not the success that all parties had hoped for. Yet the trial judge, who heard the testimony and saw Hawkins’s hand, dismissed a claim of malpractice. Damages were awarded only because Dr. McGee was found to have contractually promised to make the hand “a hundred percent perfect hand.” In Dr. McGee’s view, he was merely expressing in strong language his expectation that an operation would give George Hawkins a very good hand.

The people of Berlin doubtless knew all of the parties to the lawsuit. They held Dr. McGee in high regard as a physician and a public servant. After almost 90 years since the case was decided, it’s time to tell his side of the story.