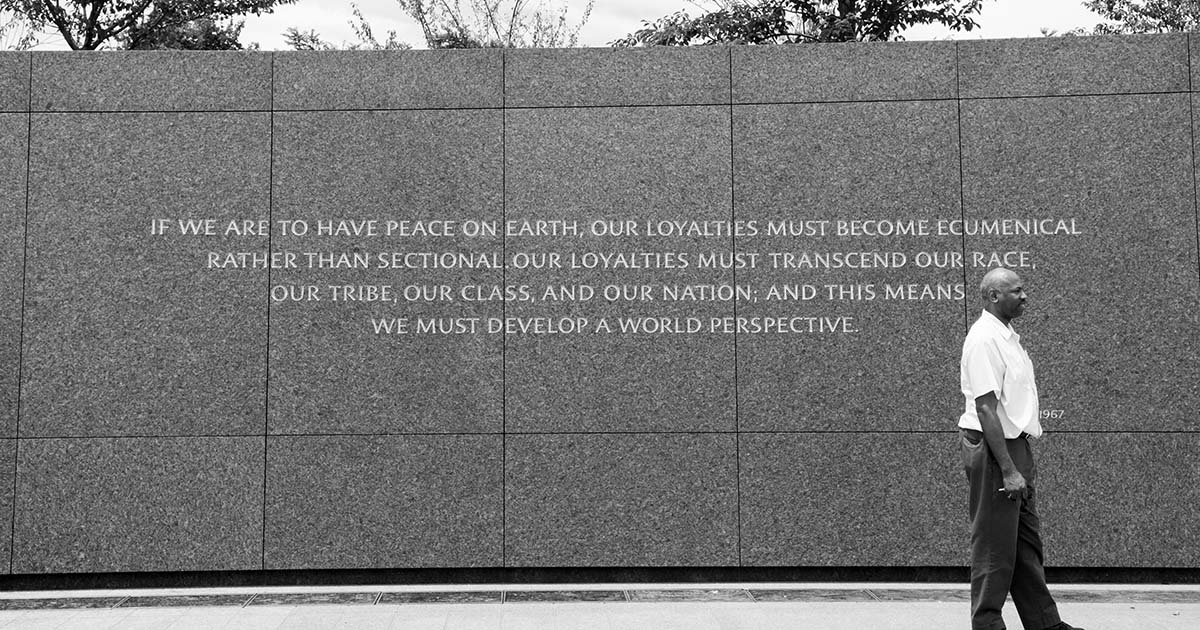 Many people helped make the modern Civil Rights Movement, which aimed to get equal treatment of all Americans regardless of race, gender, and sexual identity, successful. Like many aspects of history, though, only a handful of people emerged as the "leaders" or "figureheads" of the movement, for example, Rosa Parks, Dr. Martin Luther King, Jr. and Ruth Bader Ginsburg.

But these individuals had huge support from others and stood on the shoulders of people who contributed greatly to this movement. But some of these individuals received no or little credit because our society was at that time largely disapproving of their "lifestyles;" they were thus deemed unworthy of mention in the history books. This injustice is now being corrected. I'd like to briefly describe four people who deserve their time in the spotlight for their tremendous contributions.

I first heard of Claudette Colvin in college, when I was an African and African-American Studies major. I studied the Civil Rights Movement extensively, and in one course, my professor told us that Rosa Parks was not the first woman to refuse to give up her seat on a segregated bus. You see, Rosa Parks is often credited with her civil protest that day as the spark for the Montgomery Bus Boycott, which many consider the unofficial beginning of the modern Civil Rights Movement. Parks was the secretary of her local National Association for the Advancement of Colored People (NAACP) chapter, and her defiance on that day was well orchestrated to maximize media exposure. But a few months prior, a young teenage girl, Claudette Colvin, would refuse to stand up when asked to give up her seat to a White passenger. Although she was only fifteen years old, she said: "history had her glued to the seat."

Local organizers were aware of her protest and arrest but chose not to use her case for publicity because she was unwed and pregnant during the court proceedings. They thought there would be too many personal attacks on her, which would translate to attacks on the movement itself if they chose someone in her position as the face of the boycott. Remember, this is 1955 Alabama, being unwed and pregnant is considered a cardinal sin, and a big source of shame, especially in a movement that church leaders so drove.

Nonetheless, Colvin's case helped set up the groundwork for the injustice of the segregationist policy; she was one of the five plaintiffs in Browder v. Gayle, which challenged the policies. She continued her work in civil rights advocacy for several years. Recently, many more people are becoming familiar with Colvin's brave act and giving her credit for taking a stand against injustice.

James Baldwin was a brilliant thinker and speaker. He consciously undertook to be a "witness" to the civil rights movement instead of an active participant. That meant he would put himself in the protests but not actively participate in them. He had a front-row seat since his closest friends are now celebrated as civil rights leaders- Maya Angelou (who is now commemorated on a quarter- the first Black woman with that honor), Dr. Martin Luther King, Jr., Malcolm X, and Medgar Evers. He would meet with his friends, discuss politics, life, and the movement's work. Then he would write about it to explain what was going on in the American zeitgeist.

He held fast to the idea that racism was not an inherent feature of all White Americans, having had close relationships with many of them. But he deeply understood that racism permeated our systems, from public schools, public health to public accommodations, in a way that needed to be dismantled. He held fast to his ideals and wrote beautifully about them. But once he lost three of his closest friends in quick succession, he started to lose hope in the movement's ideals. Dr. King, Malcolm X, and Medgar Evers were all shot publicly, leaving behind wives and children and a community in sorrow.

He also struggled as a gay man in the 1950s, not necessarily closeted, but not out and proud as we would describe it today. Growing up in a religious family active in church and a preaching prodigy himself, he struggled with many identities. That struggle gave him a unique insight into the experiences of oppressed minorities and what makes his works so relevant today. But because of his sexual orientation, he rarely gets celebrated in mainstream media.

For a more in-depth look at Baldwin's work, check out I am Not Your Negro available on Netflix.

Bayard Rustin, too, was a gay man who was one of the architects of the Civil Rights Movement. One common misconception that has permeated the historical retelling of the movement is that it all happened spontaneously. Somehow enough people in America had had enough, and they all came together to fight for freedom. But that is far from the truth.

All protests, marches, litigation, and news media had to be organized and orchestrated by someone. When Rosa Parks was arrested for refusing to give up her seat on the bus, it was not a coincidence that newspaper outlets were there ready with cameras to capture the moment or that her mugshot would become a famous photograph published in the papers. That was not some random day she chose to conduct her civil protest. Individuals like Bayard Rustin helped coordinate efforts to make sure these protests had a maximum impact on the psyche of the American public. Despite his hard work and contributions, he would often have to meet covertly with civil rights leaders because if the news got out that Dr. King and others were working with a homosexual, it could derail their popularity and the integrity of the movement.

Rustin worked with A. Philip Randolph on the March on Washington Movement, organized Freedom Rides, and helped organize the Southern Christian Leadership Conference (SCLC) to strengthen Dr. King's leadership. He also educated Dr. King about nonviolence as a form of protest and how to successfully execute it in places like Birmingham, Little Rock, and other hotbeds of segregation.

Despite all his work, there was pressure to remove him from the ranks of the SCLC, and Dr. King even set up a committee to decide whether the danger of keeping him on was too great. In an interview, he described how coming out as gay was so essential to his work because "if I didn't, I was a part of the prejudice. I was aiding and abetting the prejudice that was a part of the effort to destroy me."[1] He continued his civil rights work up until his death. President Barack Obama posthumously awarded Rustin with the Presidential Medal of Freedom.

To learn more about Bayard Rustin and his work, check out Making Gay History The Podcast- Season 4 Episode 8.

Pauli Murray was a poet, writer, activist, organizer, legal theorist, and priest. Murray was directly involved in and was the first to articulate the intellectual foundations of two of the twentieth century's most important social justice movements, the Civil Rights Movement and the Women's Rights Movement. What's now described as "intersectionality" was what Murray called "Jane Crow." This term highlighted the fact that women and Black people were excluded from many segments of society. Still, when more than one category of discrimination was applied, the negative impact was exponentially worse. But for her, there existed another layer; she was a gender non-conforming woman. At a young age, Murray felt that she had been born in "the wrong body." She worked for many years to obtain hormone treatment and could not receive it. She ultimately lived her life presenting as a woman and did not address these struggles in her own autobiography, perhaps internalizing them completely.

By now, you've likely heard of Brown v. Board of Education of Topeka, Kansas. Murray was one of the early architects of the legal arguments that would become the foundation of the landmark Supreme Court case. Murray herself had refused to get up from her seat on a segregated bus in protest. But like Colvin, her case did not make national news. She did, however, go to Howard University School of Law and worked alongside Charles Hamilton Houston and Thurgood Marshall. She drafted a paper articulating the theory that segregation policies were a violation of the 13th and 14th Amendments of the U.S. Constitution. This paper led the way for arguing that segregation had a negative impact both economically and psychosocially on Black Americans and children in particular.

Murray is also credited with laying the foundation for the work the late Justice Ruth Bader Ginsburg did to get the court to recognize that discrimination based on "sex" was a violation of the Equal Protection Clause. Ginsburg credits Murray as a pioneer of the civil rights legal framework. Like Ginsburg, even after receiving a stellar education, Murray could not initially obtain employment at law firms or other legal employers due to her gender. She scraped by doing odd jobs. She eventually worked at law firms (and was at Ginsburg's first law firm for a short period before resigning), the Equal Employment Opportunity Commission, and as a professor. Her work regarding the Equal Protection Clause and its application to all people continues in the Supreme Court's jurisprudence and helped create the legacy of the landmark cases that have shaped modern America.

For more information on Pauli Murray, check out My Name is Pauli Murray- available on Amazon Prime Video.

These are just a few stories of unsung heroes of the Civil Rights Movement. I encourage readers of this article to reflect upon the many people who made tremendous sacrifices and made it their lives' work to ensure freedom and access to justice for all. Especially those readers who feel marginalized because of their sexual activities, orientation, or gender expression. 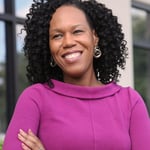 Joseline Jean-Louis Hardrick is an associate professor at WMU-Thomas M. Cooley Law School. She teaches Criminal Law and Constitutional Law and assists graduates with bar preparation. She is the founder and director of Diversity Access Pipeline. Inc. This nonprofit organization runs the Journey to Esquire® Scholarship & Leadership Program, Blog, and Podcast to promote diversity and create access for law students. She is the author of Finding Joy in the Journey to Esquire - A Guide to RENEWAL for Lawyers and Law Students and Bar Exam BEAST MODE — Maximize Your Mindset to Beat the Bar! and several children books celebrating diversity and encouraging mindfulness in children.

Tags: Faculty Experts, Equal Access to Justice
Back to Blog

Graduation Speaker Believes in Miracles and Divine Perfection of the Universe

This blog was originally posted September 22, 2015. Catherine Groll is a litigation attorney at...
Read More