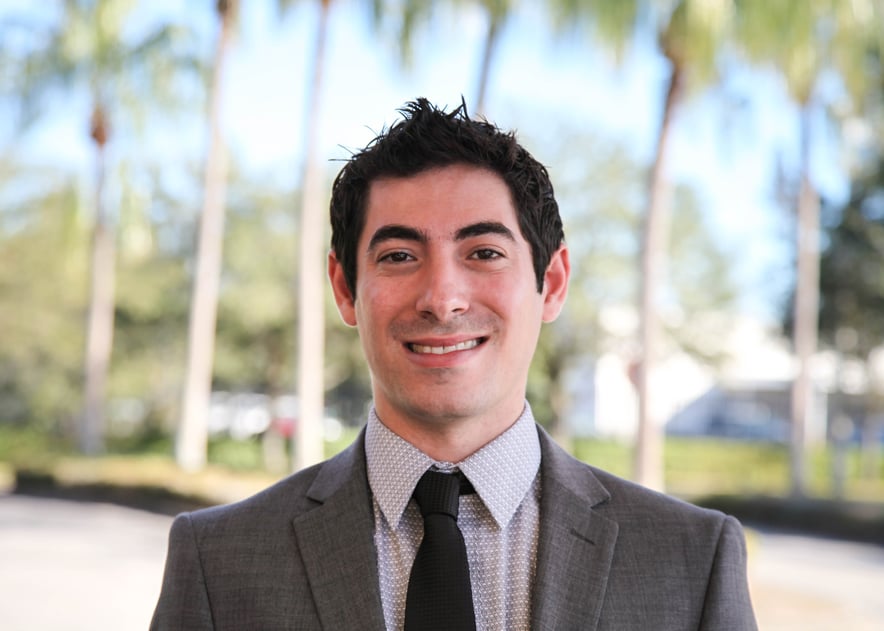 Not surprisingly, Sblano chose the accelerated track, which requires 15 credits per semester but allows you to graduate in just two years. In his first semester he met others on the same track and became fast friends with a few, forming a support group of kindred spirits traveling the same difficult path. But as hard as that first semester was, second semester was going to be a lot harder.

“I was sitting in class and passing out and professor Kalinowski said, ‘You don’t look well sir, you need to go home,’” recalled Sblano. “I thought I just had the flu, but I had a night with uncontrollable vomiting, and then I called my mom and I said, ‘Something’s really wrong here.’ (I) wound up in the hospital and when I came out they said, ‘So how long have you been diabetic?” and I was like ‘I’m not diabetic,’ and they said, ‘Well, yes you are.’”

At the age of 23, taking 15 law school credits per semester, Sblano learned he had Type 1 Diabetes, a disease often called juvenile diabetes but it actually can occur anytime from birth into old age. He missed two weeks of classes and was so far behind he said, “I had no idea what I was doing.”

Luckily one of his kindred-spirit friends came to the rescue with recorded lectures. Sblano said he dedicated 12-hour days to catching up while also learning to control a potentially life-threatening illness that requires full-time attention and diligent oversight. But it gets worse.

During his third semester, Sblano lost his father, a retired New York City Police officer who was a first responder after the terrorist attacks at the World Trade Center on September 11, 2001.

“After 9/11 (my father) was sent there as a first responder and he helped clean up,” said Sblano. “He wound up dying of pulmonary fibrosis and the NYPD actually determined it was 9/11 related. He was 62.”

So how does even the best student overcome challenges of this magnitude?

“Well, I work a lot,” said Sblano. Possibly the understatement of the year.

In addition to completing law school, Sblano works on mock trials and trial competitions, he holds a job at the Four Rivers Law Firm in Tampa, and he volunteers at the St. Michael’s Legal Clinic, which provides free family law services in the Tampa area. Oh, and for rest and relaxation Sblano studies for the bar.

Sblano, who uses a white board schedule to keep up with himself, says he has learned a few things that other law students could benefit from.

“First thing, read everything you can, brief every case, and get involved,” he said. “I was heavily involved in mock trial and law journal and those were my passions. It’s like the top 25 percent of students are involved in everything and then you have students involved in nothing. WMU-Cooley has plenty of programs out there that students need to start going to and getting involved in.”

Once he passes the bar, Sblano plans to stay near Tampa but is still wrestling with what area of the law he enjoys most because he said, “I love everything.”