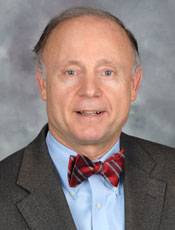 Although the new state licensing scheme has not yet been implemented, proposed medical marihuana facilities may continue servicing patients, with local government approval. Their ongoing operation will not impact their eligibility for licensure, nor will it guarantee a license. When licensing is initiated, it will be similar to how the state licenses beer, wine and liquor operations, but can only occur where the local government has “opted in” to the program.

This opt-in requirement specifically requires medical marihuana facilities be located in a municipality that has:

1) Adopted an authorizing ordinance prior to December 15, 2017 and the municipality is pending adoption of an ordinance under Section 205 of the MMFLA; or

2) Adopted an authorizing ordinance pursuant to Section 205 of the MMFLA prior to December 15, 2017.

Municipalities may adopt an ordinance authorizing one or more types of marihuana facilities to operate within its boundaries. The ordinance will advise the state and the Bureau of the types of marihuana facilities to be permitted, such as growers, processors, provisioning centers, safety compliance facilities, and secure transporters, as well as information pertaining to the type and number of sites, local zoning, and special use permits. No deadlines are in place for adoption of authorizing ordinances.

All proposed medical marihuana facilities operating thus, are required to apply for a state operating license no later than February 15, 2018, and additional regulations apply. Medical marihuana facilities operating under this temporary scenario must also meet requirements spelled out in a November 2, 2017 Advisory Bulletin from the Michigan Department of Licensing and Regulatory Affairs (LARA).

Regarding the financial side, the House Financial Services committee is holding a presentation on the relationship between financial institutions and the medical marijuana industry on Wednesday, November 8 at 10:30 a.m., Room 307 of the House Office Building, or online at http://www.house.mi.gov/publiccommitteeschedule/htv_schedule.aspx#