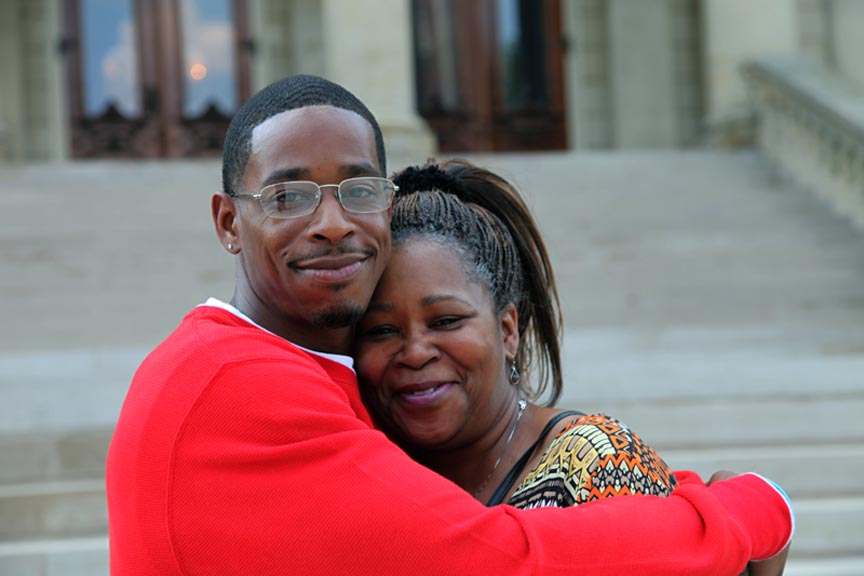 Exoneree Donya Davis rejoicing: Gets to spend his first Mother’s Day with his mom after 7 years in prison

“It means the world to me that I’m here for Mother’s Day this year because last Mother’s Day we both cried for the whole day,” remembered Davis. “We were back and forth on the phone, just so we could hear each other’s voices. This Mother’s Day is like a dream come true.”

Donya’s mom, Denise Larry, knows that this Mother’s Day is going to be special, like no other.

“Mother’s Day to me this year will be the most special day of my life,” exclaimed Larry. “On this day, my heart won’t be broken; my soul will be free to enjoy life again. I can hug my son and listen to his jokes all day.” 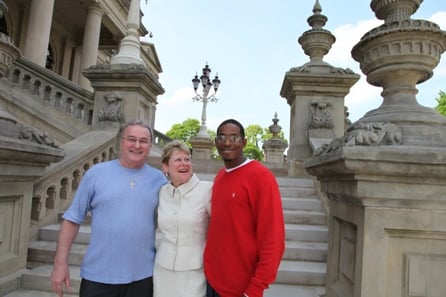 She never stopped fighting for her son’s freedom. The fight took an economic and emotional toll on both of them.  Donya missed many milestones in his mother’s and his children’s lives, not to mention any possible educational and employment opportunities he might have had during those lost years.

Ken Wyniemko spent nine years in prison for a crime he didn’t commit. Five years after he was exonerated through DNA evidence, the actual perpetrator was identified. While incarcerated, Ken’s father died. In Ken’s words, “He shouldn’t have suffered, and neither should have I.”

“There is no way to replace all that Ken has lost,” stated WMU-Cooley Innocence Project Director Marla Mitchell-Cichon. “What worse injustice could there be than to be wrongfully convicted and then receive no support from the state once you prove your innocence. As an innocence project lawyer, my focus is on getting the innocent person out of prison — a process that can take years. But today, my time and attention is focused on what happens after exoneration. In Michigan, an individual who is paroled from prison receives services and other support from the State. Not so with someone who proves his innocence. Innocent individuals in Michigan receive nothing. Someone who is factually innocent in Michigan receives no services or support. I think we can do better.”

On May 7, 2015, Senator Steve Bieda (D-Warren) introduced Senate Bill 291, the Wrongful Imprisonment Compensation Act. Thirty states and the District of Columbia have compensation laws. Michigan’s SB 291 and House Bill 4536, would provide for financial and other support to innocent Michigan exonerees. 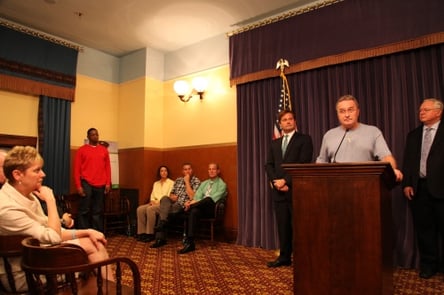 Mitchell-Cichon agreed that it really is not possible to make up for the losses these men and women have endured, but compensation is a good start. “Helping wrongfully convicted individuals reintegrate into society is the right and just thing to do. The most critical time is the first couple of years after being released from prison. The worst injustice is when the state fails to compensate its citizens who served time in prison for a crime they didn’t commit.”

It’s not a matter of choice in her mind. “We must take care of people who have been wrongfully convicted,” stated Mitchell-Cichon. “The need is too great. These individuals have not only lost their freedom for years, but have lost everything. Their lives have been changed forever through no fault of their own. Providing essential services and necessary financial support will give them a fighting chance to find their way back into society.”

Watch the May 7, 2015 news conference in its entirety:

This blog was origionally published on May 10th, 2015.