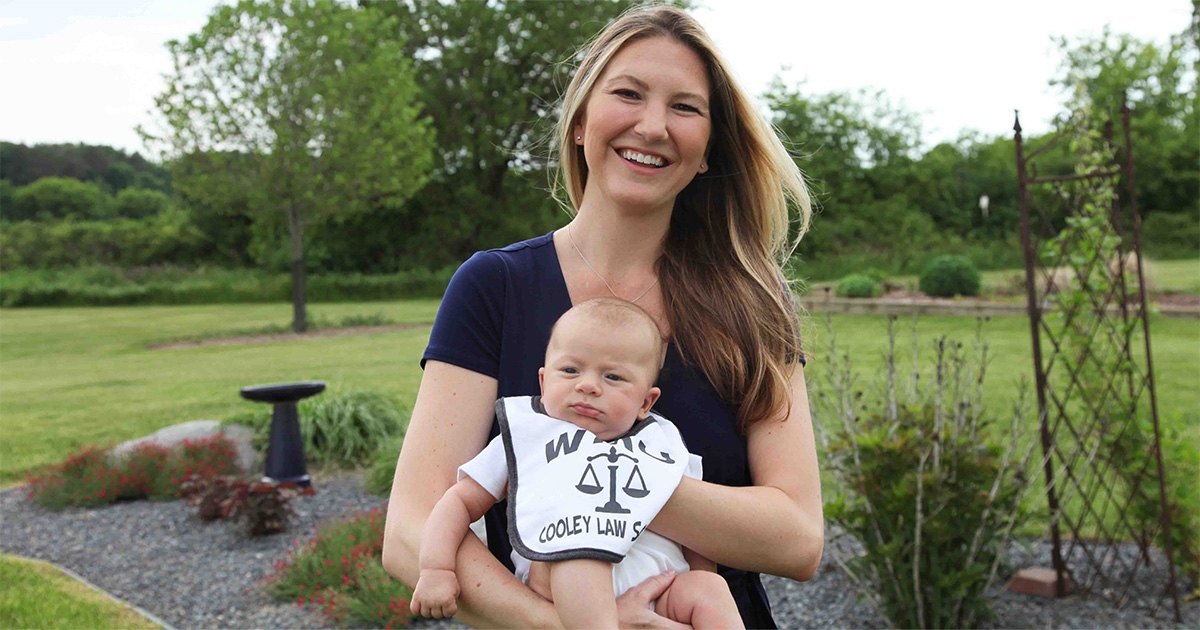 At 31, life has already been a roller coaster ride for Lindsey Messenger. Yet every single high and low has taught her something. Never one to shy away from anything new or to challenge herself, she's learned a lot over her short life. She's learned some valuable life lessons, and what she wants to do, and what she doesn't. 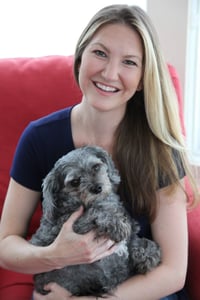 She started her education journey by studying public speaking at Hillsdale College, and graduated in 2010 with her bachelor's degree in Communications. As interesting as that degree was, she still wasn't sure what she wanted to do for a career. But she knew she liked the idea of helping animals.

"I ended up going into dolphin training," smiled Messenger. "I moved to Florida and trained dolphins and seals and sea lions! It was really fun and I did that through my 20s, but came to recognize that this wasn't exactly the best way to go about helping animals."

At that point Messenger brainstormed about the types of careers that might work for her. She wanted a career where she could help animals in some way, make a difference to others, and a career that would allow her to support herself financially. She knew she didn't want to depend on someone else, after a short marriage and unpleasant divorce.

After a lot of thought, and with those three goals in mind, she kept landing on a career in the law.

"I just didn't know if I was going to love it or hate it," remembered Messenger. "I remember jumping in, terrified, wondering if it was what I was meant to do."

Well that leap of faith turned out to be the best decision she ever made. She loved everything about the law, and WMU-Cooley Law School.

"I love that the law is such a gray area and that it is open for interpretation," explained Messenger. "It's not as black and white as I thought it was going to be. I think a lot of other fields can be very textbook. You learn what you need to learn and then you graduate. The field of law is so expansive. You can go in any number of directions. It never stands still, always changing and evolving."

As someone who admittedly doesn't like sitting still for very long, Messenger had found her niche in the law – a career that offers something new and different every single day.

"I feel like law school has pushed me to be better, especially at Cooley," declared Messenger. "I immediately fell in love with Cooley because everyone seemed to understand that people learn differently – they don't all fit into a mold. They ask you right from the start how they can help you, personally, to be successful. Of course, it's up to each student to take advantage of those services and offers of help."

As an open and ambitious person, Messenger has never backed away from tracking down answers or asking for help. If she didn't quite understand something in the classroom, for instance, she would ask a professor, or even a classmate. Everyone was always happy to explain it, and in a way that made learning doable.

But it wasn't in the classroom where Messenger realized she was going to need the most help.

"I was at home studying for my final exams last summer," remembered Messenger, "and I had been oddly very sick for awhile. I just could not figure out why I was so nauseous. I also had lost a lot of weight. Then I heard a commercial on the television. It was for a pregnancy test. It suddenly hit me. Is that what's going on with me?!"

A pregnancy test confirmed her worst fear. To make matters worse, she and her boyfriend had just broken up two weeks before. A baby was not in her, or anyone's, plans. After much crying and thinking about her life, and talking over things with her parents and the baby's father, she came to some decisions.

"The very first step I made was to reach out to Cooley to let them know what was going on with me," said Messenger. "I laid it all out and asked them how they could help me remain in law school. I even gave them my delivery date, which was going to be, of all things, during spring term final exams."

To Messenger's relief, everyone she talked to at WMU-Cooley was more than happy to help, including the Campus Dean, the Admission Office, and the Registrar, who designed a lightened class schedule that would allow her to stay on track in law school.

"I signed up for those classes immediately," exclaimed Messenger, "then I reached out to each of my professors to make sure they knew about my situation. They too were more than willing to help me."

Messenger started classes that term taking some interesting classes, including Oral Argument Advocacy. She found the class intriguing, especially the prospect of performing an oral argument in front of a judge.

The only thing that wasn't factored into her schedule was that Messenger went into labor the day before she had to give her oral argument.

PERFORMANCE OF A LIFETIME

"I remember that I started having contractions," relayed Messenger, "so I went to the hospital. But they sent me home because they didn't know how long it would be. At that point I said to myself, 'Well, I have this oral argument and I really don't want to put it off.' So I got up the next day, put on my father's suit jacket to cover my belly, and gave my oral argument. I was having contractions the whole time!"

To say it was the performance of a lifetime is putting it mildly.

"The judge, Professor Dinser, was so cool and understanding," recalled Messenger about the unforgettable day. "We were all just laughing because I'd have to take a moment and go do some heavy breathing, then I would come back and start again! I was on the side of the prosecution, and honestly, I don't remember what I said. Then a couple days later I had my baby! I wasn't done though. I had to come back in to turn in my scholarly paper, then take a Blue Book test in Advocacy."

As any new parent will attest, being tired is the norm when you are taking care of a newborn. Messenger was far too busy with baby Brooks at that point to think about grades – until a friend told her she really should check.

"I couldn't believe it," exclaimed Messenger! "I looked up my grades, and there it was, I received the Certificate of Merit Award in Advocacy! I just started laughing. I was in such a fight-or-flight mode the whole time I was waiting to deliver that this never occurred to me. I just wanted to get things done so I could focus on my baby. And the thing that was extra special was that I got a personal, handwritten card from Dean McDaniel saying 'Congratulations on welcoming your first child and congratulations on winning the certificate of merit award!' I was blown away."

Messenger is taking the summer off to dedicate her time to baby Brooks, but law school will be back on track this fall. She knows life holds many options. She says she's already gained much experience and insight into interesting areas of the law.

"Now that I've experienced some of it, I really like criminal defense and possibly family law,"surmises Messenger. "But I haven't decided. Now that I am co-parenting, and learning how things work in the court system, I can see that might be an area I might excel in. I have to believe that my personal experience would make me a better attorney for my clients."

But Messenger isn't ready to lock down on anything yet.

"I'm not closing my mind off to anything," said Messenger. "I don't want to limit myself to one area. I love constantly learning and like being on my toes. I think I would enjoy being in the courtroom too because I enjoy public speaking. I like the idea of doing something important for a client. Whatever I do, I know that I want it to be a challenge.

"Although I still love the idea of helping animals, I don't think that I could work on animal abuse cases," reflected Messenger. "I think I would see red when exposed to animal cruelty cases. Maybe something on the policy side where I lobby for more preventative measures to stop animal abuse."

Messenger feels the sky's the limit in terms of her career options. She remembers believing that the only thing you would do as an attorney was sit behind a desk. Now she knows better. She discovered that there are "more than 900 jobs that you qualify for when you have a law degree' and a law degree "enhances you as a person and an employee. You have a distinct advantage over everyone else in the job market!"

She also feel very strongly that an education is something "no one can ever take away from you."

"(People can) take away your house, your car, or just about anything, but the one thing you can never lose is your education."

Life experiences are what make us who we are. From time spent with family and friends, to education...
Read More