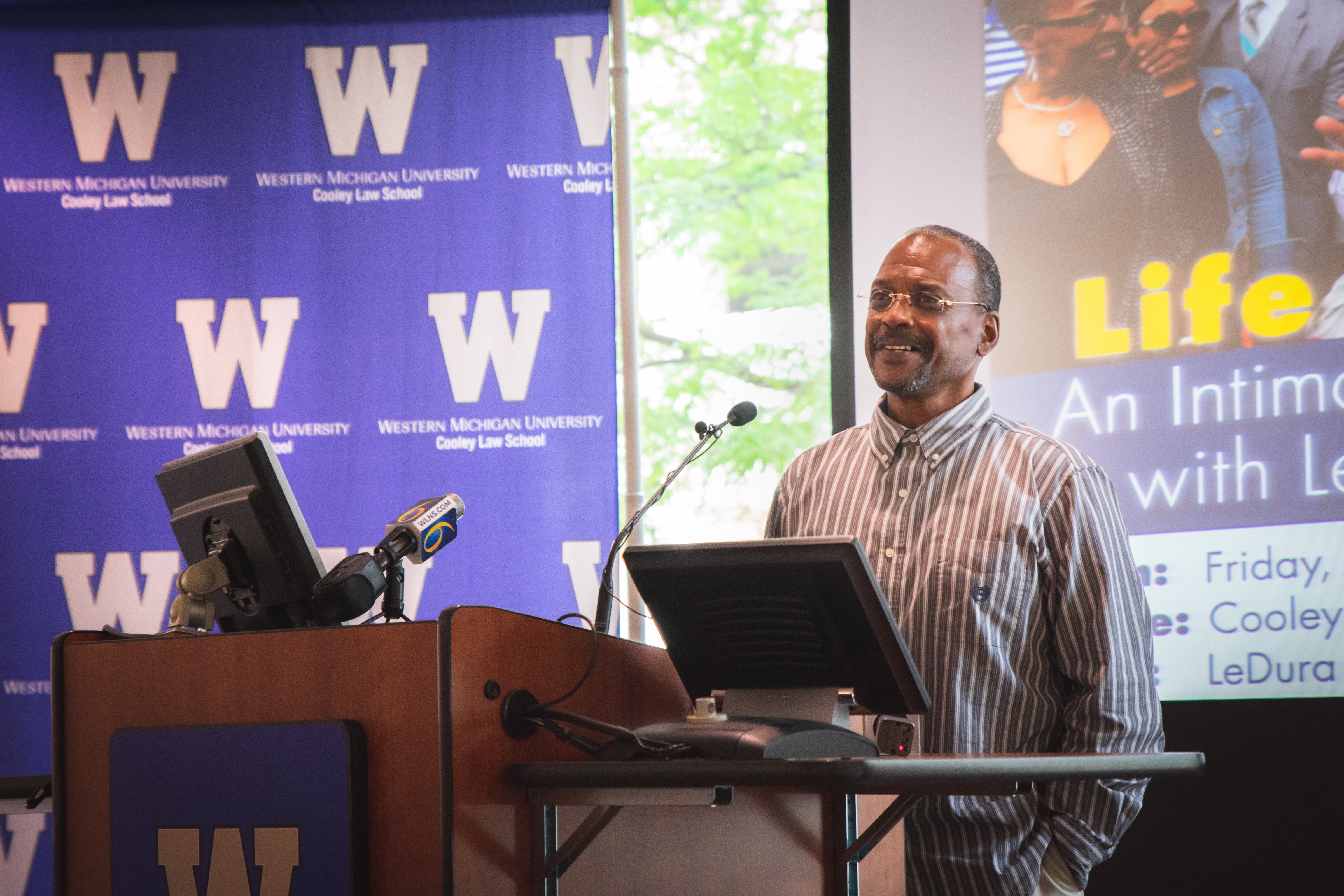 On June 15, 2017, the WMU-Cooley Law School Innocence Project made history with the release of LeDura Watkins from prison after serving more than 41 years behind bars for a crime he did not commit. At the time, he was the longest-serving exonerated person. On June 15, 2018, Watkins came to WMU-Cooley’s Lansing campus to talk about life then, and life now.

One might imagine the first few months out of prison, after spending most of your life incarcerated, must have seemed surreal, but Watkins said that keeping it simple helped him enjoy his new-found freedom with little effort.

“The first few months were great, and I found satisfaction in simple things – sitting out in the backyard by myself and sitting on the front porch late at night,” recalled Watkins. “People would tell me, ‘You can’t sit on the porch late at night in Detroit!’ and would say, ‘Why not?’”

At the same time, Watkins knew he had no time to waste trying to catch up with the world in the 21st century. He immediately enrolled in technical courses. He passed the courses, found employment, and as he says, “Things have been going kind of smooth since then.”

Watkins was just 19-years-old when he was convicted of first-degree murder in the death of a young school teacher, who was also a drug dealer. An incentivised witness and unscientific hair comparison led to Watkins' conviction. That evidence has now been deemed flawed by new FBI standards.

Today’s world holds little resemblance to that of 1975 when Watkins was arrested. Something like a modern-day Rip Van Winkle, Watkins has had to synthesize so much that is new that it’s hard to wrap your brain around it. Comparing now to then, Watkins said it was a completely different world.

“I just juxtapose 1975 and 2017. I’m from Detroit and the city looks way different, and many of the people act different, so that’s been an adjustment.”

It’s that second point – people – that Watkins admits is one of the toughest he has faced since his release.

“One of the biggest challenges is just adjusting to regular people and their misconceptions,” said Watkins. “I’m getting kind of tired of being the guy who did 41 years, eight months and seven days in prison because of a wrongful conviction. When people hear that they have a tendency to look at you like you’re a unicorn; like you have some strange object growing out of the middle of your head.”

The strength of the human spirit

But he endures those well-meaning folks because he understands something many cannot. He gets why people can't fathom how someone can hold on when everything seemed so hopeless for so long. 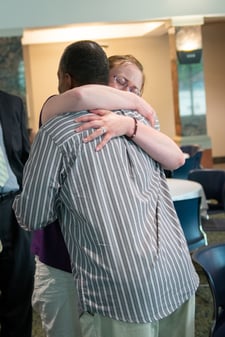 “(People) ask, ‘Well how did you do that?’ and I think people just underestimate the power of the human spirit,” explained Watkins. “They say to me, ‘How did you do it? I couldn’t have done it. I don’t know how you did it!’ Come to find out, when you’re put in adverse situations something inside you rises. It did in me, and it powers you to go on, to want things to get better. I think that’s what life is, wanting conditions to be better.”

He also noted that in prison he learned to look at people differently and to get along with people, something that was not optional if he wanted to survive. In fact, it actually may have helped him become sort of a diplomat because he understands how important it is to approach people carefully.

“When I talk to people, I look past a lot of other stuff; I think that came from being incarcerated for so long,” Watkins said. “You have to deal with a lot of different people and you have to understand where they are coming from in order to just basically get along.”

But then, Watkins has a very generous view of people in general.

“We are all the same deep down inside. I think we all want the same things; we want to be treated fairly, we want to enjoy our families and live unmolested and unharassed," Watkins said. “I don’t think there are too many differences between people, regardless of race, where aspirations are concerned.”

For most humans, thinking about spending more than four decades in prison for a crime you knew you did not commit is simply horrifying. Most would likely admit such an experience could only make them bitter. The unfairness alone is enough to push most to the edge. But Watkins is not like most people. He’s not one to feel sorry for himself, rather he’s moving forward and he’s grateful. 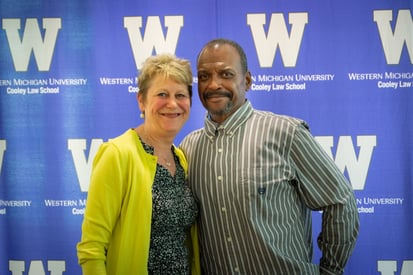 “I think I experienced more bitterness in prison than after my release,” said Watkins. “I owe so much to so many, I don’t have time to be bitter.”

Watkins is especially grateful to the WMU-Cooley Innocence Project. Even though they keep telling him “It was nothing,” he cannot let it go at that.

“I don’t feel that way. I know what they did, what it took to get to this point and I know I couldn’t have made it by myself.” He explains. “So, I’m not bitter. In prison I had a lot of bitterness. When you experience the deaths of your parents and can’t even go to their funerals, you can develop some bitterness.”

But even now the angst of his past sometimes broils to the surface when he remembers how it felt to know he was innocent and watch his life pass from behind bars.

“Knowing it wasn’t right and seeing no end in sight, because, you know, we’re talking about over four decades, even now, it’s unbelievable,” he said. “Yes, you can develop some bitterness, and if you don’t try to keep your head level and your heart clean, that bitterness will eat you up.”

Today Watkins is taking it one day at a time, savoring his freedom while doing his best to care for those he loves. He says that he looks at each day as an opportunity to get back into society; to keep a chicken on the table, to keep his insurance paid, and to be able to have good health care.

“I welcome it as the price of freedom," stated Watkins. "You have to do certain things to make sure you and yours are all right, so career wise, I am looking at my career as being life experience.”

Going forward in life, he has not forgotten those who, like him, are innocent, but unlike him, remain incarcerated. Truth is, only someone with that kind of experience can truly understand and appreciate the depth of an inmate’s despair.

“When you have first-hand experience and you know people who are still in there fighting to prove their innocence, (people) that were wrongfully convicted, have been there for decades and that people have forgotten, I think about them a lot,” noted Watkins. “I think about guys I would see at the law library every day and I know the kind of fight they’ve got on their hands and my heart goes out to them. If there’s anything I can to make their condition better, I’d be willing to do that.”

Meanwhile, Watkins is content with his simple life, just going to work and being at home, letting the dog run in the yard, and enjoying the people he cares about and who care about him.

Stephanie Samuels was almost 60 years old when she finally discovered she could make her life dream...
Read More