Charles Ford has lived life large, not only as a star athlete, but as an attorney and a successful sports and life coach for kids. He is without question a man of many talents with many gifts to share.

At 66, one would think Ford (Green Class, 1988) had at least one eye on retirement, but one would be wrong. Instead, the former Lansing, Michigan city councilman and school board member is now working on Ford Version 2.0 in Georgia. Rather than retire, Ford has just been admitted as a member of the State Bar of Georgia and in pursuing his legal interest in the Peach State.

A few years ago, Ford pulled up stakes from his Michigan roots and headed south, where he is pursuing many of his familiar interests – just in better temperatures!

Ford was a #1 All Around All-State athlete in football, basketball, and track, and was named a high school Most Valuable Player and Outstanding Player. He was also inducted into the Lansing Sports Hall of Fame and the High School Hall of Fame and selected as one of Lansing’s Top 150 Athletes of the last 150 years for the city’s sesquicentennial celebration. 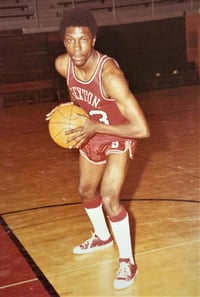 The family originally started in Alabama, but wound up in Lansing, Michigan, where Ford pursued his successful athletic career at Sexton High School. His love for sports and skill in working with students eventually led to a job as the freshman basketball coach at Sexton.

Ford’s success in sports was actually a family affair. Ford and his two brothers all played football at the same time, and were nicknamed the Roadrunners. They all ran track also. Ford’s sons excelled in sports as well. Charles II was homecoming king and a basketball standout, while Kevin was an MVP in high school football like his dad. 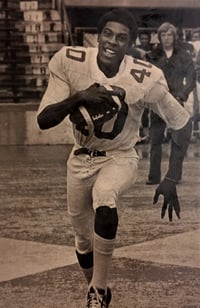 Ford went on to play ball at Lansing Community College, where he was a national leading scorer in basketball but even as scrappy as he was on the court, at 5’9” he wasn’t getting recruited. He was headed for All American status, but broke his leg during his sophomore year of college and ended up named as Honorable Mention All American.

It was while he was rehabilitating his leg, playing in the summer league teams with the Boys and Girls Clubs, that the trajectory of Ford’s life started to change. A college coach watching the summer league, Patrick Miller, encouraged Ford to attend Northwood Institute in Midland, Michigan. Ford enrolled, meeting a man who would become a lifelong friend, David Kallman. Kallman, the son of a local judge and headed for law school himself, recruited Ford to attend law school. In fact, once Ford passed the bar, it was Kallman who presented Ford as a new attorney to the court, and Kallman's father, the Hon. James Kallman, who swore him in to the State Bar of Michigan that day (see photo below).

It took Ford a little while to agree. After graduating from Northwood in 1978, Ford began his career as a Human Resources Manager with the Michigan Department of Transportation. He also earned his master’s degree at Michigan State University in Labor and Industrial Relations.

It was during that master’s quest that yet another sign from the universe nudged Ford toward a law degree. Ford had an opportunity to attend the Holmes-Cooney boxing match in Las Vegas. Unfortunately the match was on the day of his Labor Law exam. So Ford obtained permission to take the test a day early.

He took the test and felt good about it, but was nervous when the professor suddenly called him back into the room. “I thought I was in trouble,” Ford chuckled. Turns out, he scored 100 percent on the final. “NO one gets 100 percent on that test,” he said, but Ford broke that record and that got the attention of his professor. 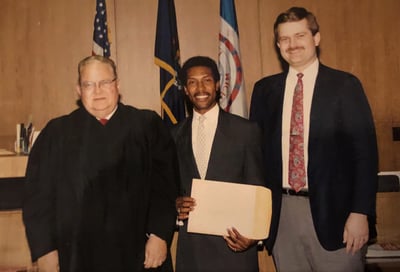 The professor looked at him and, echoing the words of his friend some years earlier said, “I think you should get a law degree.”

Ford shared the conversation with a labor union rep at work and went to lunch. “I came back to my desk and there was an admission packet to Cooley Law School. Attached to the packet was a hand-written note from the rep that said, ‘Stop talking about it and do it!’ I read everything. I loved it.” While at Cooley, Ford was president of the Black Law Students Association at the school. The student organization worked closely with African-American students from the local high schools. Ford said they kept track, and eventually learned that a few of those students went on to have a career in law.

Ford did well in school and took nothing for granted, especially given his struggle dealing with a rare, life-threatening illness at the time that took him to the Mayo Clinic and the Cleveland Clinic to find the help he needed. Despite his health concerns, Ford remembers fondly of his achievements in law school; the excitement at an honors convocation when he earned a Book Award called the American Jurisprudence Award for the best grade in Collective Bargaining and earning the Distinguished Service Award for his work with the Sixty Plus, Inc., Elderlaw Clinic.

Ford graduated from WMU-Cooley in 1988. He continued working at MDOT, applying what he learned in law school to his everyday tasks at work.

Ford also got into politics, serving on the Lansing City Council for four years, beginning in 1989. In 2007, he was elected to the Lansing School Board where he served for over six years.

Ford took early retirement from MDOT in 2002, but “relaxation mode” didn’t last long. He retired on Oct. 31 and on Nov. 1, he was back at work, this time in the Lansing schools. Responding to a request from a longtime friend who was the principal at his alma mater, Sexton High School, Ford jumped in as a priority substitute teacher at the middle and high school, as a substitute ninth and 10th grade counselor, and as a coach at Sexton. It was at one of his basketball games that he found himself in a conversation with Lansing attorney Andrew Abood about working for the firm. Always balancing his enthusiasm for sports, coaching, and law, Ford decided he was in.

“It was the greatest experience,” he recalled of his time at firm. Eventually, however, Ford went out on his own. He practiced “rental law,” he said, chuckling that meant he took on whatever law “paid the rent.”

“I practiced criminal law, divorce, child custody – I did it all. There are areas of law you’re good at, and areas you like. I love criminal law and I’m good at probate and family law.” Turns out he was good at defense work and his practice thrived.

In his non-work time, Ford discovered cruises and soon found himself going on two or three cruises a year. On his first cruise, Ford – a longtime dancer – found himself teaching dance on the cruise. He ended up going on multiple cruises from 2008-2019, a pastime that ended only when Covid shut down the cruise business in 2019. He has continued to stay connected to the arts, however, appearing in, among other things, Count the Stars, by Carmichael, on YouTube.

HEADING TO THE PEACH STATE

Also a golfer, in 2014, Ford responded to a friend’s invitation to move to Georgia where he could play golf year-around. He was retired again, his parents had passed away, and his political career in Lansing had reached a stalemate. With nothing keeping him in Michigan, Ford packed up and headed to the Peach State. 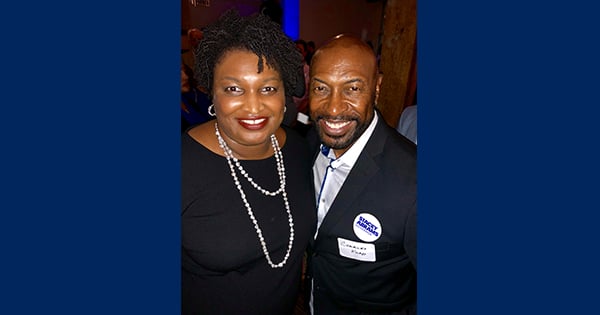 Deciding he still wasn’t ready for retirement, and not yet licensed to practice law in Georgia, Ford returned to his other love, education. In January 2015, he signed on as an after-school specialist for third grade at the local school district. A year later, he was moved into school-day work with grades 2-4. When he discovered that many of the students in the class we’re autistic, he started reading up on it and began implementing the techniques he’d learned. 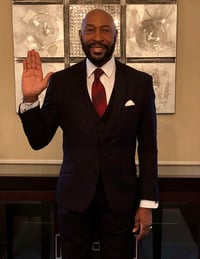 One day, there was someone in his class taking notes. He didn’t think too much of it until his boss called him into her office later that day. Ford realized shortly into the conversation that the note-taker was someone from the state evaluating the school’s autistic program. Ford said his boss told him, “I’d like to thank you. You were one of the bright spots we had!”

Ford liked working with the class, but was set to be reassigned the following year. Knowing that the new placement would not be a good fit, Ford left the school and began to think about getting back into law. “I thought, there is no reason for me to live here and not have a license.”

He also began gravitating back to politics. Attending a political fundraiser, Ford met Georgia politician Stacey Abrams, who urged him to get his law license in his new state (Abrams and Ford shown above).

Because of various deadlines, Ford had six weeks to get through all the steps that needed to be taken. He made it, and was sworn in Sept. 9, 2020. He is now licensed to practice law in both Michigan (since 1989) and Georgia.

Ford is ready to go, eager to explore law opportunities as well as dive back into politics. He’s keeping an eye on the cruise business to literally hop on board when things open up and – of course – he’s diving into yet another new creative venture, writing a book. Details of the book to come in Ford Version 3.0.

One Man’s Mantra: Work Hard, Study Hard, Give Back

At just two years of age Ahmed Salim moved with his family from their homeland in Pakistan to the...
Read More

Nina Yakubov is one of those people who always had a good idea what she wanted to do, even at an...
Read More