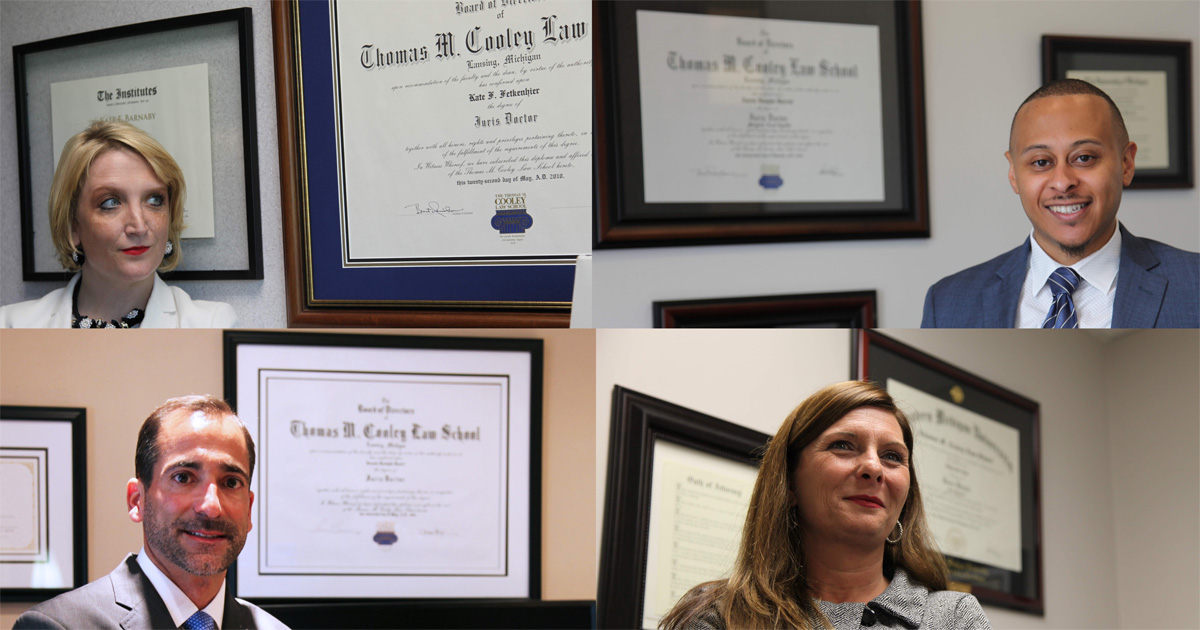 About Those Large Law School Diplomas

A recent blog post features WMU-Cooley Law School graduate Ed Sternisha. Included is a photo of Sternisha with his law school diploma displayed on the office wall behind him. That photo got me thinking that perhaps our 20,000+ graduates — whose diplomas are on display in offices around the globe — may not know the story behind their “world’s largest” diplomas. 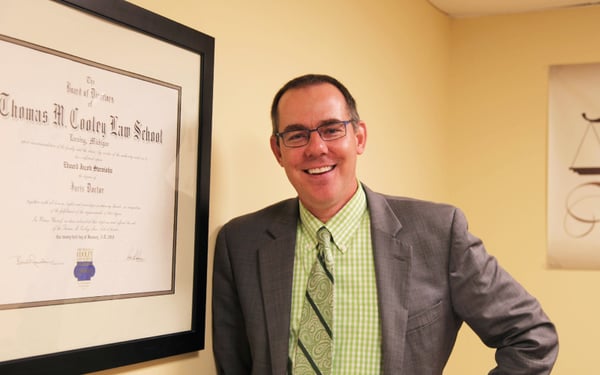 The law school's founder, Thomas E. Brennan, was a justice of the Michigan Supreme Court during the school's formation and its first year of operation. As the school’s initial Dean, he was responsible for everything from hiring faculty to acquiring furniture. He devised the school’s innovative year-round schedule, created the Student Bar Association, and composed the school’s motto, among innumerable start-up tasks.

One of the many details Judge Brennan had to deal with was designing diplomas for the first graduating class of 67 students. Never one to inquire into other schools' practices, instead he decided to pattern the law school’s diplomas after the outsized (17 x 22 inches) certificates that the Supreme Court issued to new members of the bar. A collateral benefit would be that Cooley grads who passed the Michigan bar would have certificates that matched their diplomas.

Retired President and Dean Emeritus Don LeDuc, who joined the law school faculty in 1975, recalls Brennan saying that one day the large diplomas would hang in law offices all over the state, and would be a very visible means of advertising our legitimacy. He also confirms that Brennan “always looked to the approaches of the bar and the profession, not other law schools or academics, for structure and solutions to problems.”

Another faculty hire in 1975, Distinguished Professor Emeritus William P. Weiner, recollects that there was a deliberate choice to have such an impressively large law diploma in Michigan. And “in the early days, I remember a few grads saying that was a great idea — until they had to pay to frame them!”

An Internet search confirms that nearly 45 years after that first graduation ceremony on January 18, 1976, WMU-Cooley diplomas remain larger than those of the other Michigan law schools. University of Detroit-Mercy’s and University of Michigan’s measure 11 x 14 inches; Michigan State’s and Wayne State’s are 14 x 17 inches.

Distinctive diplomas also help members of the worldwide WMU-Cooley family identify each other.

WMU-Cooley alum Mike Stakias (Campbell Class) recalls how the sight of a WMU-Cooley diploma helped resolve a difficult negotiation. He and Dennis Benner (Potter Class) met for the first time when representing different parties to a proposed venture capital deal at Benner’s law firm in Allentown, PA. “After sitting through an hour or so of the principals discussing terms, Dennis and I adjourned to his office. I happened to see his very prominent WMU-Cooley diploma on the wall and I knew we’d work out a deal to get this done for our clients. We’ve been friends for over 20 years since that day.”

At WMU-Cooley’s first commencement ceremony Judge Brennan addressed the graduates. He acknowledged that many had sought admission to established law schools in vain. He added, “You are graduate lawyers today because you have fought the good fight and you have kept the faith … Because of you America is a little more a land of opportunity today. Because of you the door to the great and learned profession of the law is opened a little wider today.” 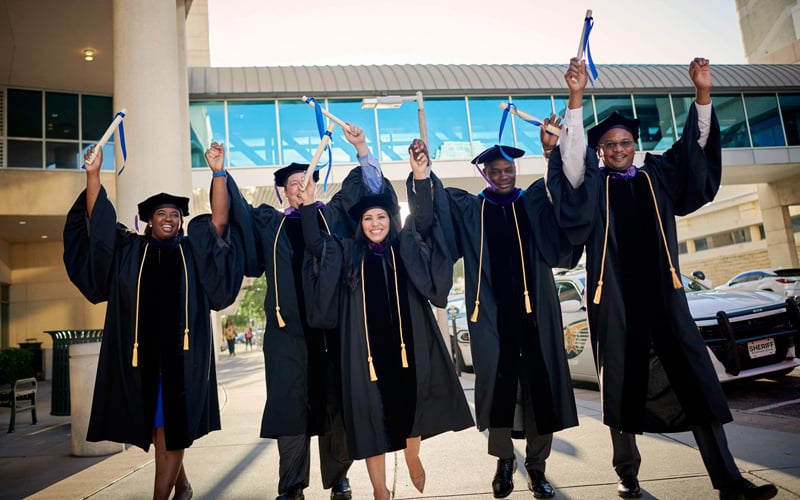 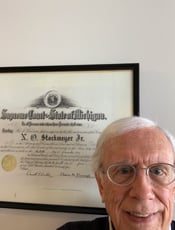 I like to think that in Judge Brennan’s mind, in addition to establishing legitimacy, WMU-Cooley’s oversized diplomas would also symbolize open arms. Open to all qualified, hardworking aspirants to the legal profession, then and now.

Distinguished Professor Emeritus Otto Stockmeyer (pictured with his Michigan bar admission certificate, circa 1963) is a frequent contributor to the WMU-Cooley Law School blog.