A Look at the Civil Side of Fraud 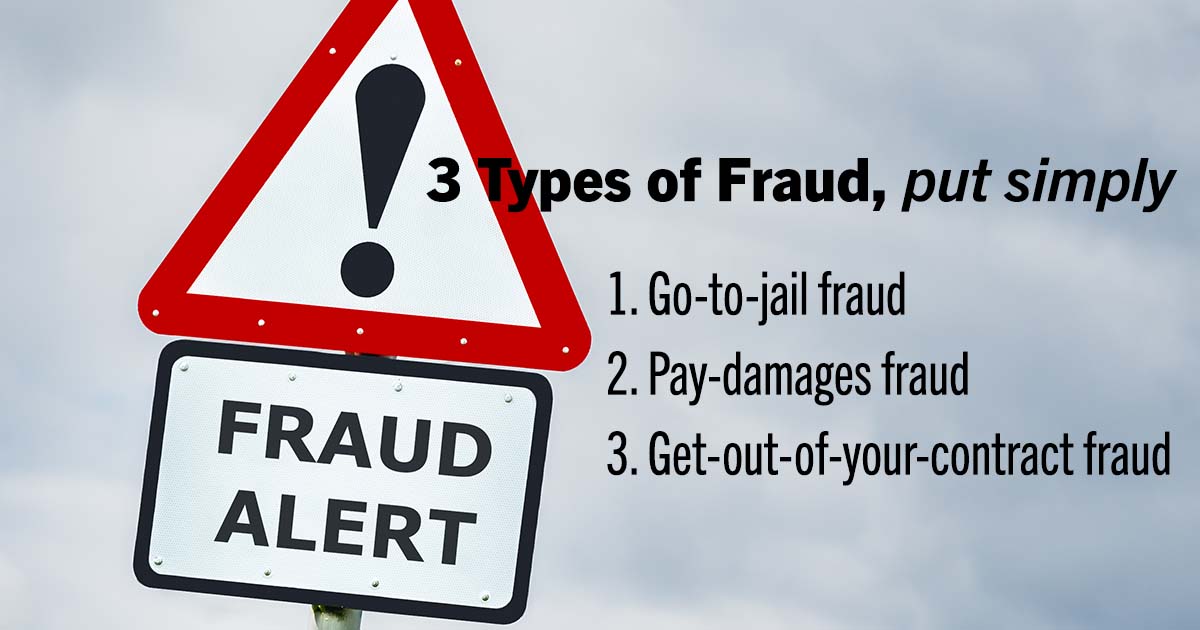 Fraud is the deliberate misrepresentation of a material fact, made with the intention of inducing reliance in another person, which causes a loss of money or property. It can have both criminal and civil consequences.

The recent conviction of Theranos founder Elizabeth Holmes on four counts of fraud has drawn public attention to the criminal consequences of fraud. There has already been one documentary, “The Inventor: Out for Blood in Silicon Valley” (2019). Now Hulu is about to premiere a dramatization, “The Dropout.” A film version with Jennifer Lawrence as Holmes is reportedly in the works.

This blog post explains the ramifications of the latter two types, both civil in nature. It comes from my entry “Fraud” in the Encyclopedia of American Law (2002).

THE TORT OF FRAUD

Fraud forms the basis of the tort of misrepresentation, a civil action sometimes called deceit. The victim is entitled to recover compensatory damages based on one or another of three measures.

The most common measure is “out-of-pocket” damages, being the difference between the price paid and the actual value of the item received. A second, more generous measure is “benefit-of-the-bargain” damages. That’s the difference between the value of the item as it was represented and its actual value. (Michigan is a benefit-of-the-bargain jurisdiction.)

If the item can be made to correspond to the representation, a third measure is the cost to do so, or “make-good” damages.

Fraud is also a basis for several forms of judicial relief in contract law. It may provide grounds for rescinding a contract, for recovering restitution of what was exchanged under a contract, or for reforming the terms of a contract to conform to representations made.

In the alternative, under certain circumstances a victim of fraud in the terms of a contract may ask for reformation. Reformation is a remedy in which the court literally rewrites the contract language to conform to what was represented.

In addition, a number of federal and state statutes provide remedies for specified fraudulent acts. For instance, one Michigan statute imposes treble damages for odometer fraud. Several permit recovery of both damages and reasonable attorney fees. (In most civil trials, litigants must pay their own legal bills.)

Distinguished Professor Emeritus Otto Stockmeyer taught Contracts and Remedies for more than three decades at WMU-Cooley Law School. Various aspects of fraud were covered in both courses. He was editor and co-author of the 2ed and 3ed editions of ICLE’s Damages book.

Following the announcement that 10 former NFL players have been indicted for defrauding the NFL’s...
Read More

“Woof!” There are over 63 million United States households that know this sound when they come home...
Read More