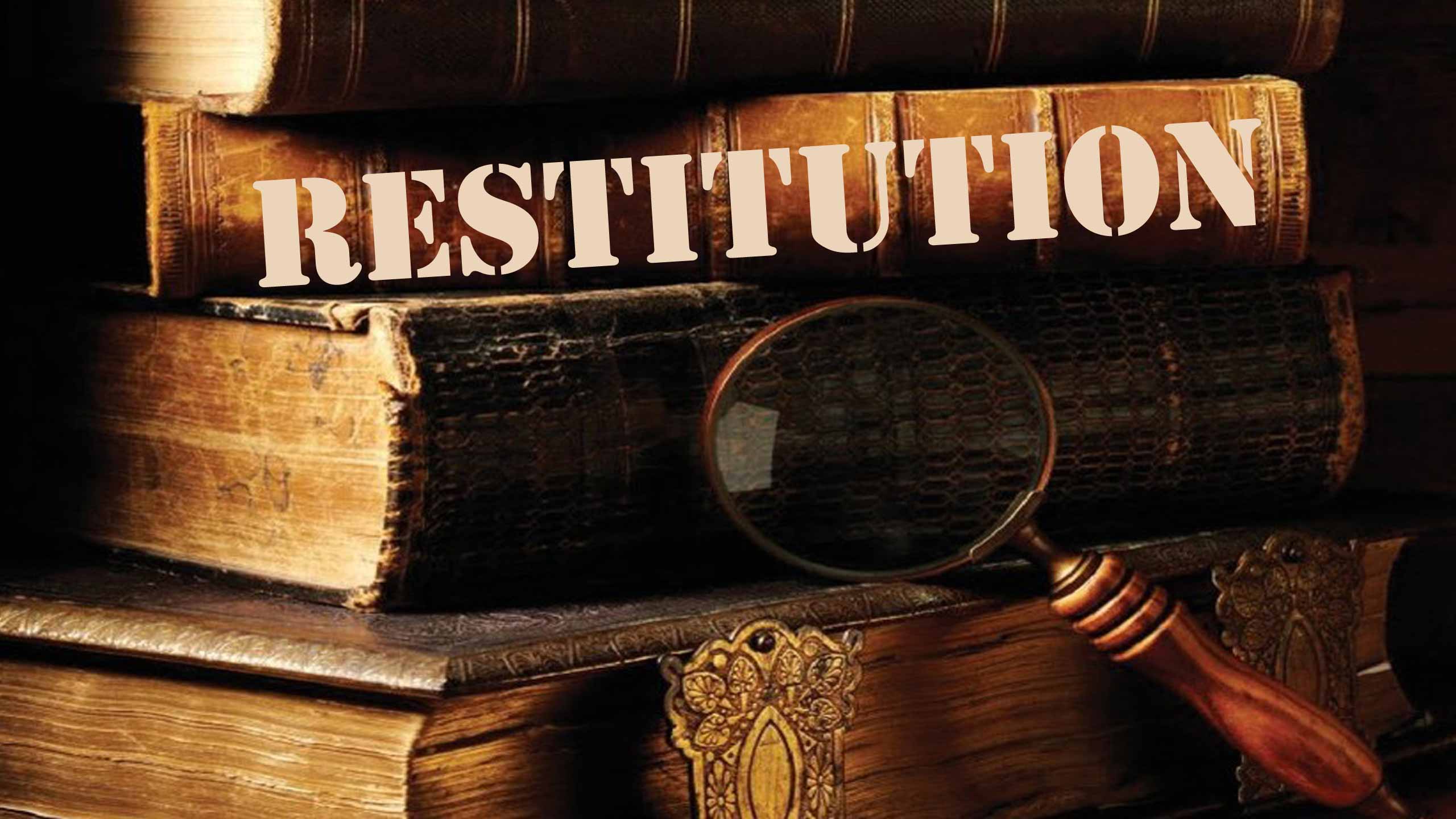 Take A Look at Restitution

The subject of Restitution was once a mainstay of the first-year law school curriculum, but has become sorely neglected in the past half-century. This could explain why one professional responsibility expert believes that overlooking a restitution claim is the most common form of legal malpractice. If you are sheltering in place with an internet connection and time on your hands, now would be a good time to acquaint yourself with this important subject.

Restitution liability is measured by the extent of the defendant’s gain, not the amount of the plaintiff’s loss.  The guiding maxim goes back to Roman law, two thousand years ago: “Let no one be made richer through another’s loss.”

Restitution as a tort alternative. Tort law deals with unlawful harm to one’s person or property. Often the harm caused to the injured party does not enrich the tortious actor (he punches you in the face). But sometimes it does (she steals your car).

In the latter case, the injured party may have a choice to bring a tort suit to recover compensatory damages (for conversion, for example) or to bring a restitution case to recover the wrongdoer’s unjust enrichment.

Restitution could be advantageous for several reasons. Among them: obtaining a larger recovery, gaining a longer statute of limitations, avoiding governmental tort immunity, and overcoming lack of standing to recover damages.

Restitution as a contract alternative. Upon breach of a contract, the innocent party is entitled to damages equal to what was expected under the contract terms (the “benefit of the bargain”).

Here again, restitution based on the breacher’s gain may provide an advantageous alternative. A claim for restitution might produce a larger recovery, or avoid the Statute of Frauds, or sidestep the prohibition of lawsuits by contract breachers.

So the Drain Commissioner added a claim for restitution, arguing that retention of the refunded premiums unjustly enriched the County at the expense of Drain Commission employees who had paid the premiums in the first place.

The Court of Appeals held that governmental tort immunity does not bar restitution because it is based on an implied contract, not a tort. The Supreme Court affirmed, but on the broader ground that unjust enrichment is a cause of action independent of tort and contract and seeks restitution, not compensatory damages (per Chief Justice McCormack, for five members of the court).

A two-justice concurring opinion would instead perpetuate the retrograde view that all civil liability is based on either tort law or contract law and restitution for unjust enrichment is a form of damages premised on an implied contract.

Conclusion.  If Chief Justice McCormack is right that there are three sources of civil liability—tort, contract, and restitution—then maybe Restitution should be restored to the first-year curriculum alongside Torts and Contracts.

Meanwhile, I am offering this brief summary of the subject so the legal profession can recognize it when appropriate and reap its many benefits. The best source of modern restitution law is the Restatement (Third) of Restitution and Unjust Enrichment (ALI 2011).  A helpful summary is Professor Douglas Laycock’s article, “Restoring Restitution to the Cannon,” 110 Michigan Law Review 929 (2012). Both are available on Westlaw.  Professor Laycock’s article may also be downloaded without charge HERE.

Otto Stockmeyer is a Distinguished Professor Emeritus at Western Michigan University-Cooley Law School. His previous blog posts are available HERE. This post is distilled from a paper presented to the Michigan Academy of Science, Arts & Letters. The paper was been awarded the Academy's 2020 Cohn Prize for law and public policy scholarship.