From where I stand, as a Mexican American attorney from a mid-sized All American city in Texas, I say our critics can be our motivators. In 2008, I knew the rumors about WMU-Cooley's supposed open admissions beforehand, but did some research and saw things differently. They give qualified people a chance. And I knew I was qualified. I was working full time with undocumented immigrant children and decided to go to law school.

In college I worked several jobs while I received my bachelor's degree in Sociology and Theatre. My college GPA wasn't the best, but I graduated and began working as a caregiver for children detained by Homeland/ICE. Those kids, refugees/immigrants/asylees and victims/survivors motivated me to finally enroll in law school. I took the LSAT after buying a book and studying nights and on the weekends, in between working 12-hour shifts taking care of kids who had nearly all been diagnosed with PTSD. 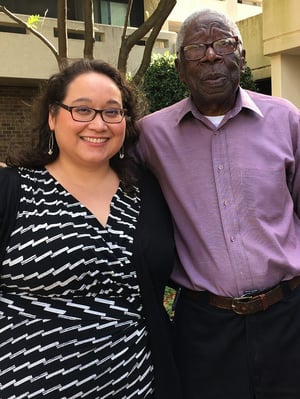 I did not do well on the LSAT. For a moment, I considered holding off on law school, to study more and take the test again. But I worried about whether or not my score would improve, and decided I would start applying to law schools that I thought might give me a chance to go to law school, and give me my opportunity to help change the world. I was passionate about serving others and representing people who wanted and needed their voices to be heard. I did not get into my first, or second or third choices of law schools. Instead, the schools I thought were for me, didn't agree that I was right for them. It was hard to apply to law schools, because each application cost money, and there was not a lot of extra money lying around my house, despite the long hours dedicated to my job.

I remember running back to work 72 hours in a row during Hurricane Rita, while the city of Houston evacuated, (right after Katrina had hit and devastated New Orleans). I stayed around for the kids to help them feel safe. And even though applying to WMU-Cooley was free, I had no interest in moving to Michigan. I had never seen real snow, let alone survived a winter! Even more, when the letter of admission arrived, I threw it away, imagining that I would receive other options. But no one else wanted me to enroll in their school, and eventually the rejection letters stopped coming. Several weeks later, I called WMU-Cooley and asked for a new copy of my admission letter and started thinking about moving to Michigan to pursue my dream of a legal education.

And I am so glad I did. I fell in love with local Michiganders. My church group became my rock in Lansing, as well as my diverse and amazing group of friends, similarly situated from all over the nation who also converged in Lansing and at WMU-Cooley. Moreover, the education was top notch. I was educated and drilled into becoming better every day; I was ready for the practice of law when I left WMU-Cooley. And unlike most law schools in the country, my classmates and friends looked diverse. We were more diverse than a lot of law schools that never gave me a second thought. 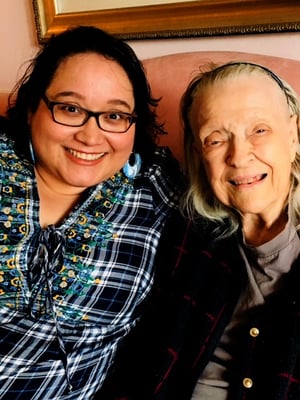 Since my legal education, I am proud to say, that I have been working toward the greater good in a variety of ways. I started out fighting for low-income folks displaced by natural disasters right after law school and coordinating a veterans project that served low-income Texans in need of civil legal services. And now, I serve Washington, D.C. senior citizens who are in need of economic and health security.

Last month we got the good news that my client, a surviving spouse of a retired Air Force veteran, will receive $40,000 in back benefits from the Air Force and $700-a-month going forward for the rest of her life! It only took me four years to convince the Department of Defense Accounting Services and the Air Force Board for Correction of Military Records to recognize her as a surviving spouse – something she likely not could have done on her own. I am privileged to have help her through the good work we do in the Veterans Advocacy Project. Every day my job is hard, but I make the legal profession proud, and I would imagine WMU-Cooley Law School can share in that, and what I have been able to accomplish for my clients with my degree.

Even with my dream of becoming a lawyer, and not being ready for WMU-Cooley at first, I am grateful that WMU-Cooley was ready and willing to give me a chance get a law degree and to change the world for the better. I am doing it – one day at a time – detractors be damned. With WMU-Cooley's free application and innovative admission methods, I was able to do what I might not have been able to do otherwise.

#FromWhereIStand is an op-ed forum allowing a voice and stance for our WMU-Cooley community of family and friends. Please submit your #FromWhereIStand stories using the button above and we will work to make sure your voice is heard in this forum.

Tags: Lansing Campus, From Where I Stand
Back to Blog

5 Things To Know About Our Kalamazoo Location

In mid-August, WMU-Cooley got the green light by the American Bar Association (ABA) Council on...
Read More