U.S. Law. German Law. How different can they be? Turns out a lot.

Blog author WMU-Cooley Professor Paul J. Carrier is more than a text book expert on International Law. Having lived and worked abroad in numerous countries for decades of his career, he's been there, done that. Even now, he has friends from across the pond asking for his advice. 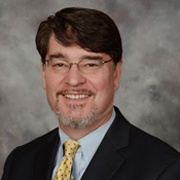 I had cause recently to consider two comparative law issues. The first involved a former colleague who was suspended from the Supreme Court, Criminal Division, in a Central European country for complaining of irregularities on how cases were assigned between the various judges.

The second involved a U.S. citizen jailed for murder in Germany who would argue that his rights as a criminal defendant were violated.

Having lived, worked, studied and taught law in seven different countries (France, Italy, Slovakia, Czech Republic, Canada, Romania and Serbia), I am sometimes asked about how other legal systems work. Though I am not integrally involved in foreign court administration or criminal law, I do have more than a passing familiarity with foreign legal systems. I am glad to tell you how you can secure a foreign work permit or how long you are allowed to stay in a foreign country without a tourist visa, but it isn't basic information my colleagues wanted to know.

In some ways both cases were similar, in that both pertained to local crimes and punishments and court administrative procedures. But those similarities were not what made the cases difficult. What is important to note is that both cases dealt with sovereign matters - matters governed by the laws of the nation where the action occurred, not by the standards and morality of the United States.

One of the primary tenets of public international law is that the rights of sovereigns are inviolable within their own territory. External interference is possible only after a nation:

With regard to the Supreme Court judge who was suspended at half pay for complaining about abuse of authority against the President of the Supreme Court, it was clear he was not in the United States.

In Slovakia, suspensions are determined by a national Judicial Council, which is presided over by the President of the Supreme Court (the target of the abuse of power complaint). It includes eight people, all elected by judges (judicial branch). The Judicial Council also includes members elected by the National Council (legislative branch), the President of Slovakia (executive branch), and by the Government of Slovakia (executive branch).

Ultimately, the Supreme Court judge won his claim at the pan-European level, but not without much personal distress.

In the case of the U.S. citizen tried, convicted and jailed for murder in Germany, it is clear that the judicial systems of other nations are significantly different from United States. Citizens in other countries are not necessarily bound by the same constitutional protections and criminal procedural rights promised to U.S. citizens.

Although rights, such as the right against self-incrimination or the right to counsel, are present in other systems, including Germany, the process itself is fundamentally different. Germany’s criminal legal system is inquisitorial rather than accusatorial. Judges in Germany are allowed much more leeway to control aspects of a trial.

In Germany, the advocates assist the judge, who otherwise has authority over:

In other words, advocates assist the judge, but the role in our view is secondary.

In the U.S. accusatorial system, each party is allowed to:

In the United States, the judge is more of a referee ensuring a fair playing field, and the fact-finder (the jury in a jury trial, the judge in a bench trial) decides between the two versions. Thus, judges’ pre-trial and ex parte discussions with the prosecution are limited or not permitted. Counsel controls the questioning, strategy, etc.

This is not to say that there are no international standards that apply to the judiciary of foreign nations. European nations that have signed on to the European Convention for the Protection of Human Rights and Fundamental Freedoms are subject to monetary penalties for violations of basic legal rights committed by their judiciaries. Signatories to the Vienna Convention on Consular Protections have undertaken an international obligation to afford some level of ‘international’ protection such as a right of a foreign citizen to contact the embassy or counsel in the country of detention.

The lesson to be learned in the first case is that government ‘input’ over the judicial branch in other countries is much more direct. There appears to be no Marbury v. Madison nor the defiant separation of powers between the various government branches enjoyed in the United States.

And the very serious lesson to be learned in the second case is to understand the laws of the nation you are visiting or living under. Those are the laws from which you must abide and live by, no matter what country you are from.