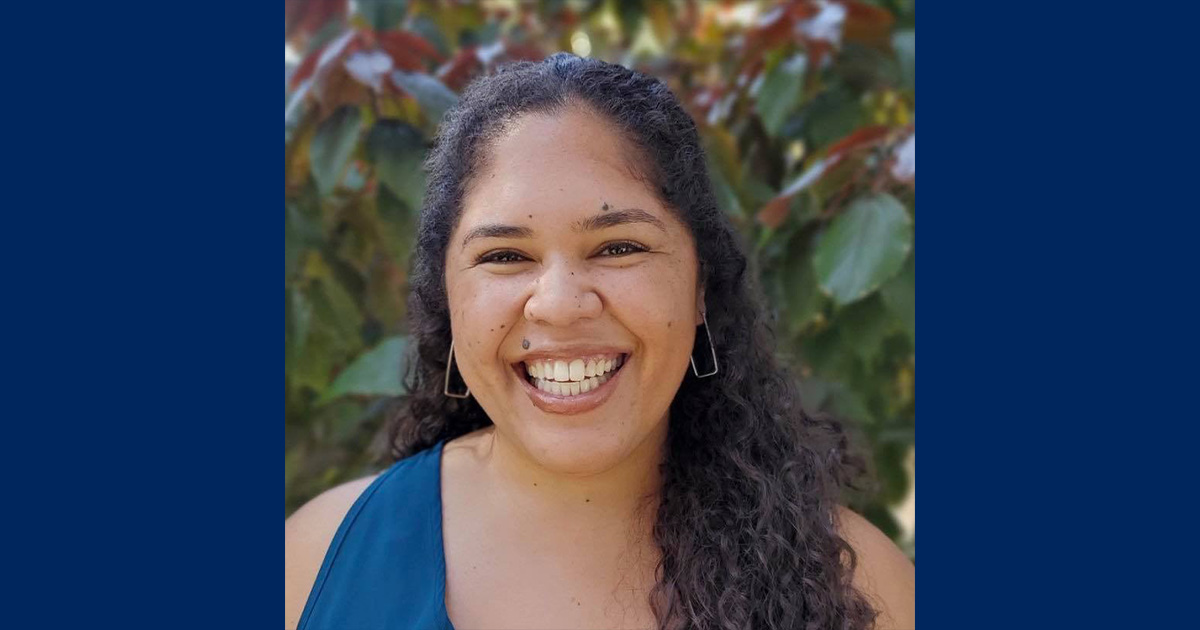 Stephanie Ray was a very quiet child, but that didn’t mean she didn’t have a lot to say.

"I think people found my opinionated self quite a shock, especially since I didn't really speak much as a child," laughed Ray.

Born in Medellin, Colombia, Ray came to New York City to live with her adoptive parents, Stratton Ray and Virginia Ann Wright, in 1992.

Ray’s parents married in June 1970 and shared many adventures around the world before starting their family. Just five years after Ray was adopted, Virginia died from cancer and her dad found himself raising their daughter alone. The two first lived in New York City, then spent five years enjoying the Quaker community in Monteverde, Costa Rica. They returned to Salt Lake City so Stephanie could finish high school, and in 2012 moved to Northampton MA, while Ray attended college.

Ray’s father initially worked at the United Nations developing curriculum for immigrants, then got his doctorate in Education, then teaching at MIT. Up until he retired in 2002, he worked at a fashion school in New York City teaching international fashion students English and Writing to assist them in starting their own businesses. 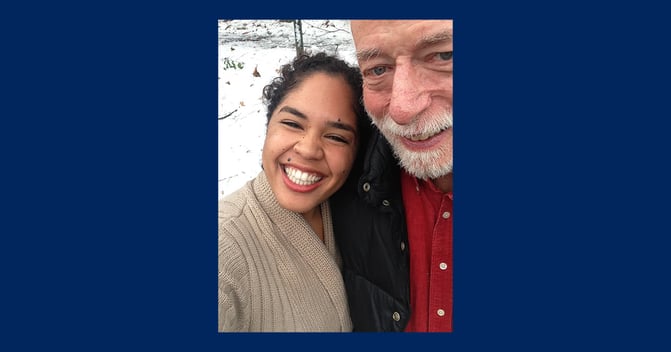 As an educator with a passion for teaching, Stratton recognized a free spirit in his daughter, and nurtured her creativity and imagination. Ray’s curiosity and love for learning often led to many questions, and sometimes even arguments over any number of topics.

“My passion for debate” smiled Ray, “was originally sparked when I would go on those long vacation road trips as a young girl. My dad would try to keep me busy in the car by coming up with weird hypothetical and then he’d have me argue a side."

Yet it wasn’t until she went to college that those courtroom skills translated into a legal direction. Ray attended Mount Holyoke College, a strong historically women-only liberal arts college in Massachusetts, with no major in mind. She thought a medical career made sense since she had an aptitude for science – that is until she failed biology.

Flipping through the next term’s registration booklet to find a new direction, Ray saw a course called Confessions with Aristotle that caught her eye. On the strength of the name alone she decided to sign up for the class.

That decision changed her life.

“I remember that the course taught Political theory,” recalled Ray. “It was all about great thinkers, their bright ideas, and why they were the way they were.”

Ray was at a point in her life where she had many questions about inequalities and fairness and wanted to learn more. She was concerned about things that were going on in society, and in her own life. She was trying to answer questions about social justice. She was feeling first-hand the inequalities for marginalized groups on a personal level. As an intern at an immigration non-profit, she saw laws that were making their way through the courts from New York to across the country that caused concern for individuals who appear different than others.

“I knew I needed to do something to bridge gaps in equality,” said Ray. “I had been learning about social systems and structures in the classroom that were originally designed to ensure equal rights but had evolved over the years to be interpreted to support inequality and oppression.”

That was also when Ray knew she needed to become a lawyer. She told her father about her new-found passion. Despite being unsure of her new direction, he also knew his ultra-feminist daughter’s decision was already made and gave her his blessing.

Just when Ray felt like she had her life on track, tragedy would strike again with her father finding out he had cancer and died not long after in January 2016.

Ray would miss everything about father. His love, intelligence, and influence opened the world to her and he touched everyone around him with his kindness, wisdom, and wit.

Despite her grief, Ray wanted to follow her dream of being a lawyer to honor her father. Yet taking the LSAT at that time didn’t help her score. That didn’t stop her though.

“I just needed a law school to say yes to me,” Ray stated. “I knew I would prove myself once in the classroom. Cooley gave me that chance.”

DIVERSITY IN THE CLASSROOM

Ray took advantage of everything WMU-Cooley Law School had to offer from becoming very involved in and outside of the classroom, to engaging with so many other students who grew up with similar experiences.

“The camaraderie of women of color in the classroom was something I had not seen before,” proclaimed Ray. “We immediately bonded. We worked together. We were held leadership positions together. We took nearly every class together; this was the first time I had that many people in class who looked like me.”

Ray also found the support and camaraderie of the professors and staff lifegiving. She even found the confidence to author a paper on Gender Identity with the encouragement faculty members. Her paper focused on the systematic suppression of trans* and gender-nonconforming voters and the lack of gender inclusivity in federal legislation, publishing in May 2022.

“Gender identity is a subject I feel strongly about and felt there more information needed to be expressed in research and publications. I wanted to examine the development of the 19th amendment, its exclusion of gender identity, and how strict voter ID laws marginalize a vulnerable, and crucial voter base. The majority laws targeting trans* youth and gender affirming care were enacted after I wrote this article.” 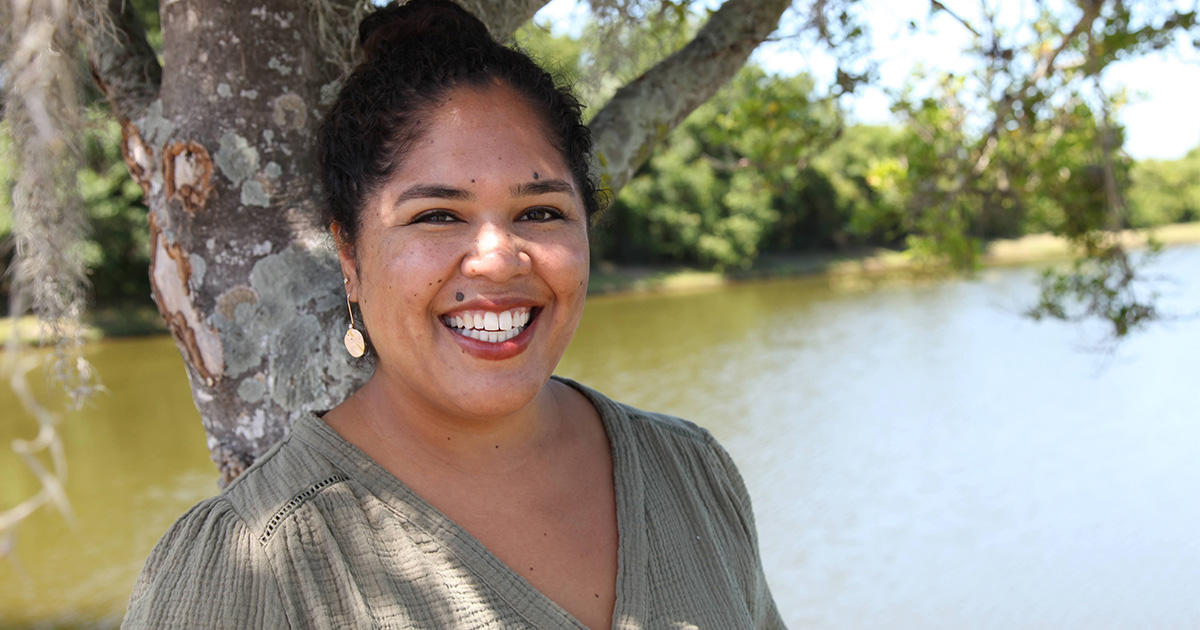 As a person of color, Ray has been intimately aware of the many barriers that go along with being different, especially with intersectionality of those multiple identities.

“The comparisons have always been a struggle,” explained Stephanie. “Being an immigrant; being somebody who's openly queer; being somebody who is brown and black and looks the way that I do. Those struggles have made me who I am today and is a great motivator in my journey to a legal career.”
For her, it is an awareness that the society always manages to convey that she somehow doesn’t belong.

Ray recalls attending school in New York, right after 9/11, when she saw a racist response to the war in the Middle East. At the time, her school was separating students by color in the classroom.
These types of events made it seem difficult for her to overcome bias and marginalization. The only way she could move forward was to do very well in school – and she did.

“I felt like I needed to be better than everybody else because I knew that my opportunities would not be the same as my peers solely based on my skin color, despite performing better. My history of marginalization is something I will carry forward in my career as an attorney.”

WHAT I WISH I HAD KNOWN

As much as Ray felt the need to achieve through education to advance herself, she also vividly understood that this is not something anyone should have to do to be equal in society.

“I think I was really judgmental about what I wanted my educational experience to look like,” reflects Ray. “I was interviewed by Ivy League colleges, mostly to follow in my father’s footsteps, but looking back, I wish I would have been more flexible in my college choices. I think that being inflexible is inherently restrictive. It doesn't allow you to try different things and to see what really clicks with what is important to you. You don’t have to sacrifice your soul to find your heart.”

She also suggests you should try things and to just say yes. As she says, “You can always change your mind.”

Looking ahead, Ray is moving in a direction she finds familiar – and fascinating – a career where she educates people. Through networking, Ray has secured an externship at Institutional Compliance Solutions (ICS), a female owned and led, legal consulting firm that works with colleges and K-12 schools on Title IX and other compliance issues. She plans to continue working with ICS through her final semester and hopes to work in Higher Ed and Compliance in the future.

One thing is for certain, Ray will be working in a space where she can help support diversity, equity, and inclusion. 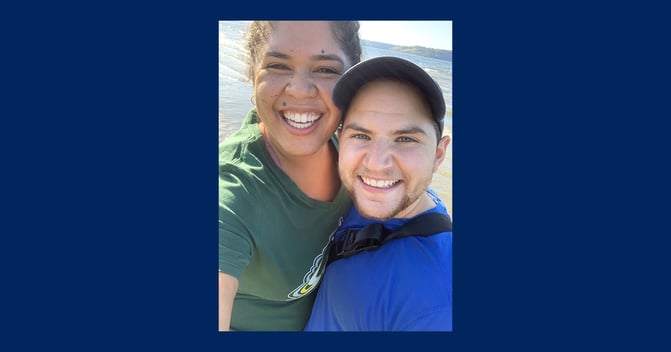 On a personal level, Stephanie and her partner, Michael, are enjoying every day and she credits his unconditional support and love for getting her through law school. “I am fortunate to have a partner who really believes in me and my abilities.”

Both look to the future to make a better world, as well as taking in the things they enjoy, like traveling, cooking, and exercise. They plan to take a much-needed, and much-deserved, vacation, albeit a late honeymoon, in Europe after graduation.

This article originally appeared on legalnews.com. This article has been republished with the...
Read More

The Future of Legal Ethics by WMU-Cooley Student Elizabeth Badovinac