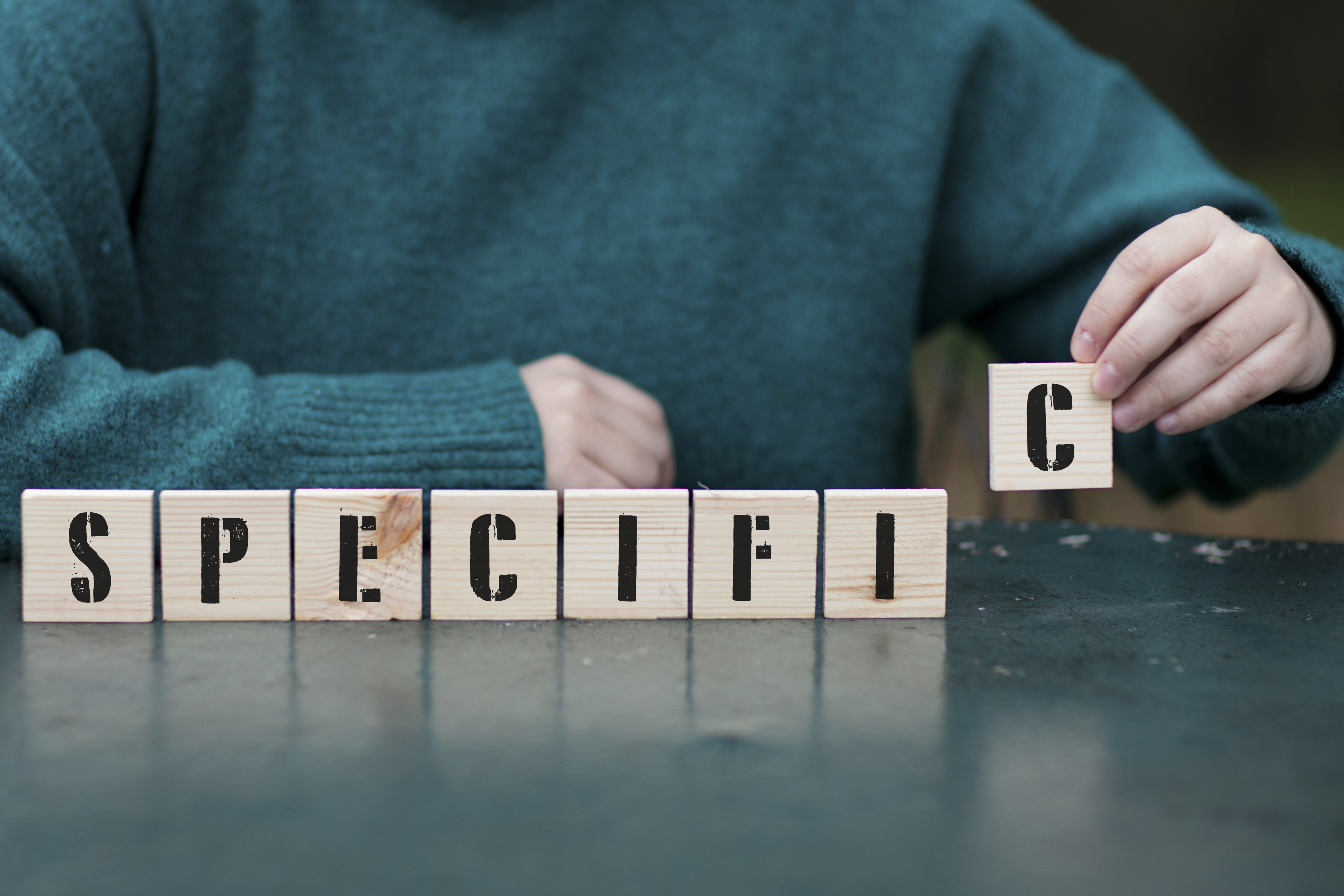 Strunk & White’s classic guide to good writing, The Elements of Style, urges writers to use definite, specific, and concrete language. “Prefer the specific to the general, the definite to the vague, the concrete to the abstract.” The goal is to write “with such accuracy and vigor that the reader, in imagination, can project himself into the scene.”

Punch up your resume

To illustrate the power of this advice, Michigan Law’s Patrick Barry offers an example every law student can appreciate: a student’s clever use of the “Interests” section of her resume. Instead of a boring, non-descript:

Professor Barry explains: “What stands out about ‘Don Quixote, Yoga, Hot Dogs’ is its specificity. The individual items make it seem like the resume was written by an actual person . . .. Plus, in a small space you learn a lot about the applicant. You learn from ‘Don Quixote’ that she is well read and possibly studied Spanish. You learn from ‘Yoga’ that she is athletic and disciplined. And you learn from ‘Hot Dogs’ that she has an All-American palette as well as a talent for combining unlike items together in a creative, compelling way.” (The Power of the Particular)

He analogizes the use of specific language to the zoom function on Google Maps; instead of the big-picture view, zoom in for the details. He also makes the point that details give the writings they appear in “the stamp of credibility.”

Call people by their names

Legal writing guru Bryan A. Garner offers another example, a simple way to add interest value to briefs and other documents by being specific: refer to people and companies by name. “Legal writers have traditionally spoiled their stories by calling people ‘Plaintiff’ and ‘Defendant,’ ‘Appellant’ and ‘Appellee,’ or ‘Lessor’ and ‘Lessee.’ It’s a noxious habit that violates the principles of good writing. You can do better: call people McInerny or Walker or Zook. Or refer to the bank or the company or the university.” (Legal Writing in Plain English)

My favorite example of the power of being specific is Professor Kingsfield’s “skull full of mush” explanation of the Socratic method of law school teaching. It’s a highlight of the movie The Paper Chase. I played it on the first day of Contracts class to explain why law is taught by discussing cases rather than through lectures.

The year was 1970. Students entering Harvard Law School who bothered to read the law school catalog would find this explanation of the teaching method in use:

“[T]he predominant method of instruction in the Law School is the case method, first developed as a technique for law school teaching by Dean Langdell in 1870, and since extensively employed in virtually all American law schools. The case method is a realistic method which uses the careful examination of judicial opinions as a focus for study and as a starting point for classroom discussion . . ..

"The case method also introduces the student to analytical techniques which lawyers use to sort the relevant from the irrelevant, separate reasoning from rationalization, and distinguish solid principle from speculation.” (Quoted in John Jay Osborn, Jr.’s novel The Paper Chase)

Contrast that lifeless passage with how, contemporaneously, Professor Kingsfield described Harvard’s teaching method to his students in the movie:

“The study of law is something new and unfamiliar to most of you; unlike any schooling you have ever been through before. We use the Socratic method here: I call on you, ask you a question, and you answer.

“Questioning and answering. At times you may feel that you have found the correct answer. I assure you that this is a total delusion on your part; you will never find the correct, absolute, and final answer. In my classroom there is always another question; another question that follows your answer.

Kingsfield’s language is so vivid as to trigger first-semester flashbacks even in seasoned attorneys.

If your writing lacks vigor, reread those two Paper Chase passages and then summon your inner Kingsfield. Like him, use concrete, vivid imagery. Avoid Harvard’s abstractions. It may take extra effort but, hey, it’s not brain surgery.

The author, Otto Stockmeyer, is a Distinguished Professor Emeritus at Western Michigan University-Cooley Law School where he taught Contracts, Equity and Remedies, and Legal Writing. He is a past president of Scribes-The American Society of Legal Writers. This blog post builds on his article “Summon Your Inner Kingsfield” in Scribes’ newsletter The Scrivener. Professor Stockmeyer’s recent contributions to the WMU-Cooley blog are archived here.