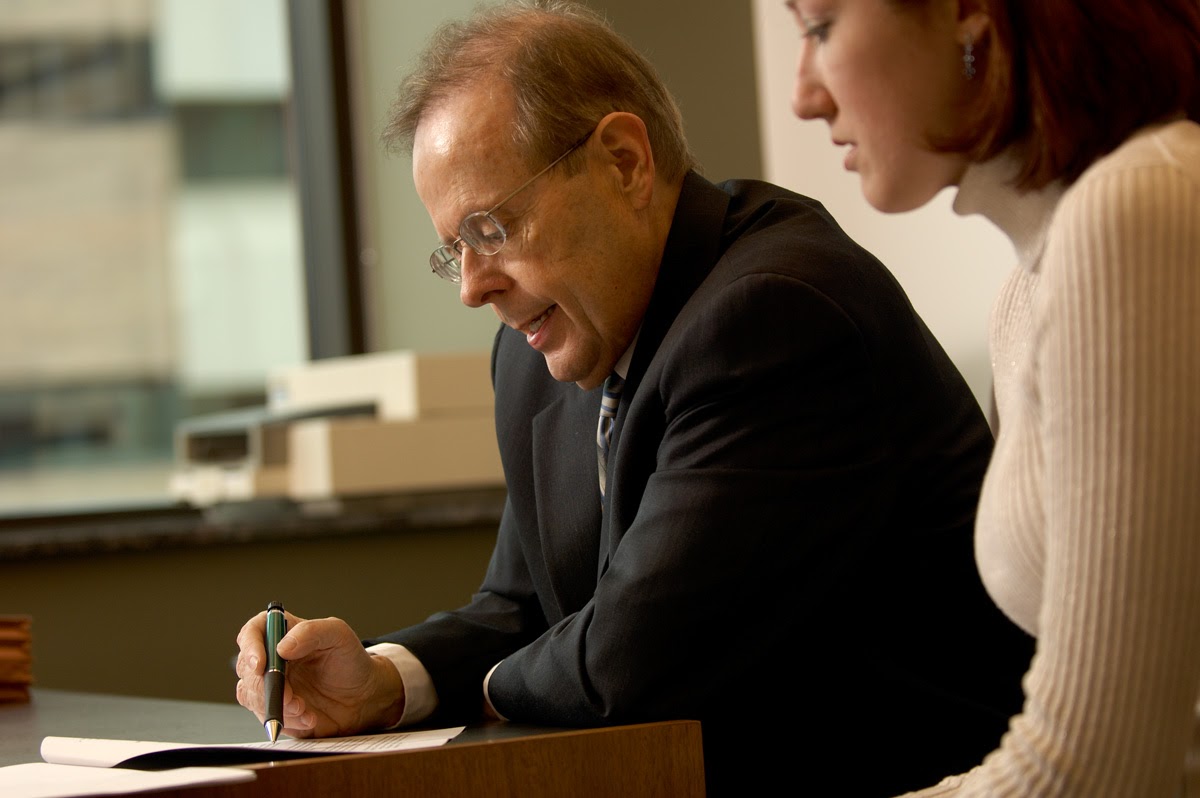 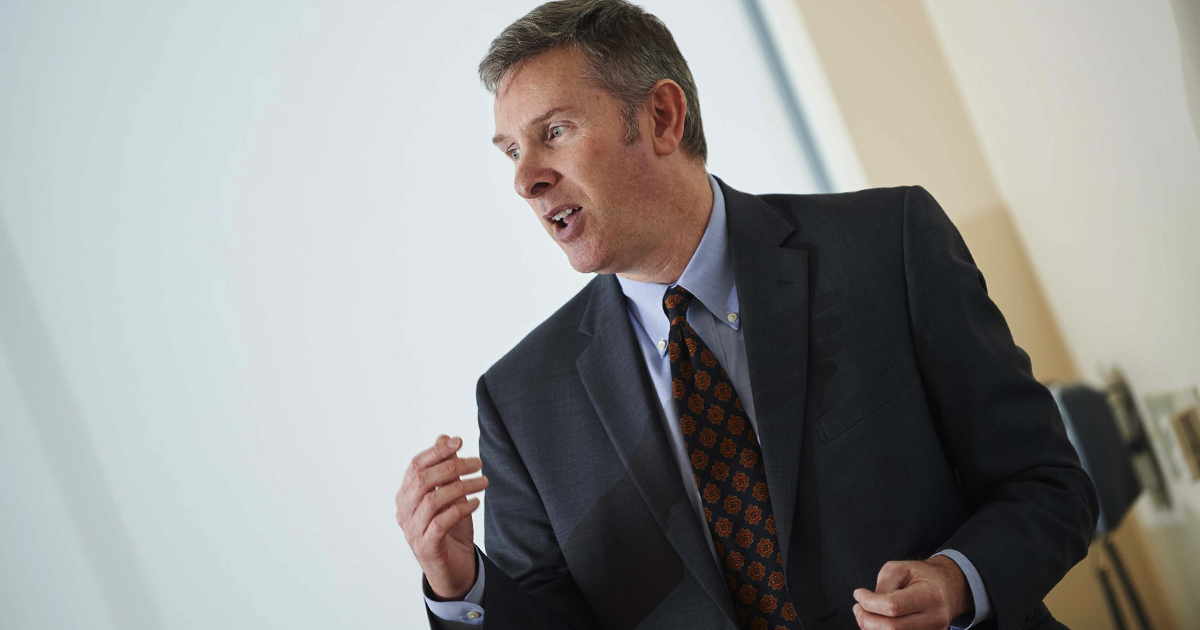 What does the word “scribes” call to mind? For most people, it evokes the image of medieval monks copying manuscripts with quill pens. But modernly it also refers to a society of legal writers.

Scribes, the society, is a national organization dedicated to the twin goals of encouraging legal authors and improving legal writing. Book publishers, law reviews, and bar journals have a continuous need for timely and informative content. And the need for clear and compelling legal writing and drafting of all kinds is widely recognized.

For 70 years Scribes has addressed these needs by sponsoring awards, conducting programs, and publishing books and periodicals. Throughout the years, the state of Michigan, and WMU-Cooley Law School in particular, have contributed to its success.

Like many mid-20th century legal reforms, Scribes originated with Chief Justice Arthur T. Vanderbilt of New Jersey. In 1951, he invited several like-minded lawyers to join in creating an organization to, in the words of its constitution, “help and encourage people who write about the law and . . . promote a clear, succinct, and forceful style in legal writing.”

The new organization adopted the unusual name and tagline of “Scribes—The American Society of Writers on Legal Subjects.” Membership initially was limited to members of the legal profession who had published at least one book or three articles on legal subjects. They also had to be nominated by an existing member. Over the years, the eligibility requirement was reduced to two articles and the nomination requirement was eliminated.

Michigan attorneys have played a leadership role in Scribes from its inception. Milton Bachmann, former State Bar of Michigan executive director, was one of the charter members and the society’s treasurer for its first 11 years. Judge Charles W. Joiner, then a University of Michigan law professor, was society president in the mid-60s. Both WMU-Cooley Distinguished Professor Emeritus Joe Kimble and former WMU-Cooley law professor Norm Plate have been executive directors of the Society.

A Scribes activity of long standing is the presentation of awards to those who write well. For 60 years Scribes has presented its Book Award for the best work of legal scholarship published during the previous year. The Scribes Book-Award Committee generally receives between 40 and 50 nominations each year.

Scribes also presents a Law-Review Award. Every year law-review and law-journal editors are invited to submit their best student-written note or comment to Scribes for consideration. The Scribes Brief-Writing Award works similarly. Any law-school team that wins “best brief” in a regional or national moot-court competition is encouraged to submit its brief for consideration as the “best of the best.”

For the past two decades Scribes has also made Lifetime Achievement Awards to deserving legal writers for their lifetime body of work. Most recipients have been judges or scholars. As with the other awards, it is presented at the Scribes annual CLE Program.

In the 1960s and early 1970s, Scribes provided a pool of speakers to talk to law students about legal writing. In the mid-70s, Scribes expanded its speakers programs into a Legal-Writing Institute. The first institute attracted several top speakers and more than 200 attendees. Over the following two decades Scribes held eight institutes. Most were in New York City.

In 2007 Scribes presented a panel discussion on “Jury Instructions in Plain English” at the annual meeting of the Association of American Law Schools. And in 2008 Scribes and the New York City Bar Association cosponsored a symposium on Abraham Lincoln’s legal writing.

Additionally, Scribes cosponsored (along with Clarity and the Center for Plan Language) a conference on the United States Plain Writing Act of 2010.

Scribes has also returned to the goal of speaking directly to law students about legal writing. Under a practice initiated in 2006, law schools have hosted the annual Scribes board meetings. In exchange, Scribes conducts CLE legal-writing programs for the schools’ students and lawyers in the region.

An early Scribes publication was the anthology Advocacy and the King’s English (1960). In 2010 the book was reissued under the title Classic Essays on Legal Advocacy. It is published by The Lawbook Exchange and available on amazon.com.

Scribes also published a Style Manual in 1957 and Primer on Legal Writing in 1974. The Primer, which was distributed at Scribes programs, contained detailed instructions on researching and writing law-review articles and law-office memoranda. More recently, the society published the Scribes Guidelines for Excellence in Law Reviews (2011), written by Scribes board members Bryan Garner and Richard Wydick.

The Scribes quarterly newsletter, The Scrivener, reports on membership and organizational news and includes short, useful pieces on legal writing and publishing. WMU-Cooley law professor Jane Siegel was the editor for many years.

Scribes established The Scribes Journal of Legal Writing in 1990. For editor in chief, the board selected a young University of Texas law instructor. Today Bryan Garner is recognized as the preeminent authority on legal writing and language. Professor Kimble became editor in chief in 2001; WMU-Cooley law professor Mark Cooney recently succeeded him.

The Scribes Journal is the nation's oldest law journal devoted exclusively to legal writing and is widely read and cited. The society’s largest expense, publication of the Journal was underwritten by WMU-Cooley Law School for much of its existence. One former president has opined, ”Without Cooley I wonder if there would still be Scribes.”

Although its goals remain unchanged, Scribes has evolved with the times. For example—in addition to the advancements already mentioned—membership was once capped at 300 to maintain exclusivity. But now associate membership is open to any member of the legal profession who shares the society’s goals. And Institutional Membership allows law schools, federal and state appellate courts, and law firms to enroll their faculty members, judges, or attorneys.

Taking advantage of the digital age, Scribes has emailed hundreds of bi-weekly grammar, research, and writing tips to listserv-subscribing members. It has established a website and a presence on Facebook. Along the way its tagline was shortened to “The American Society of Legal Writers.”

This post is derived from Otto Stockmeyer’s article “Scribes After More Than 50 Years - A History” in the Scribes Journal of Legal Writing. Professor Stockmeyer is a Distinguished Professor Emeritus at WMU-Cooley Law School. A past president of Scribes, he was recognized with the Scribes 2020 Kimble Distinguished Service Award for his contributions. The award is named in honor of his longtime friend and colleague Joe Kimble.