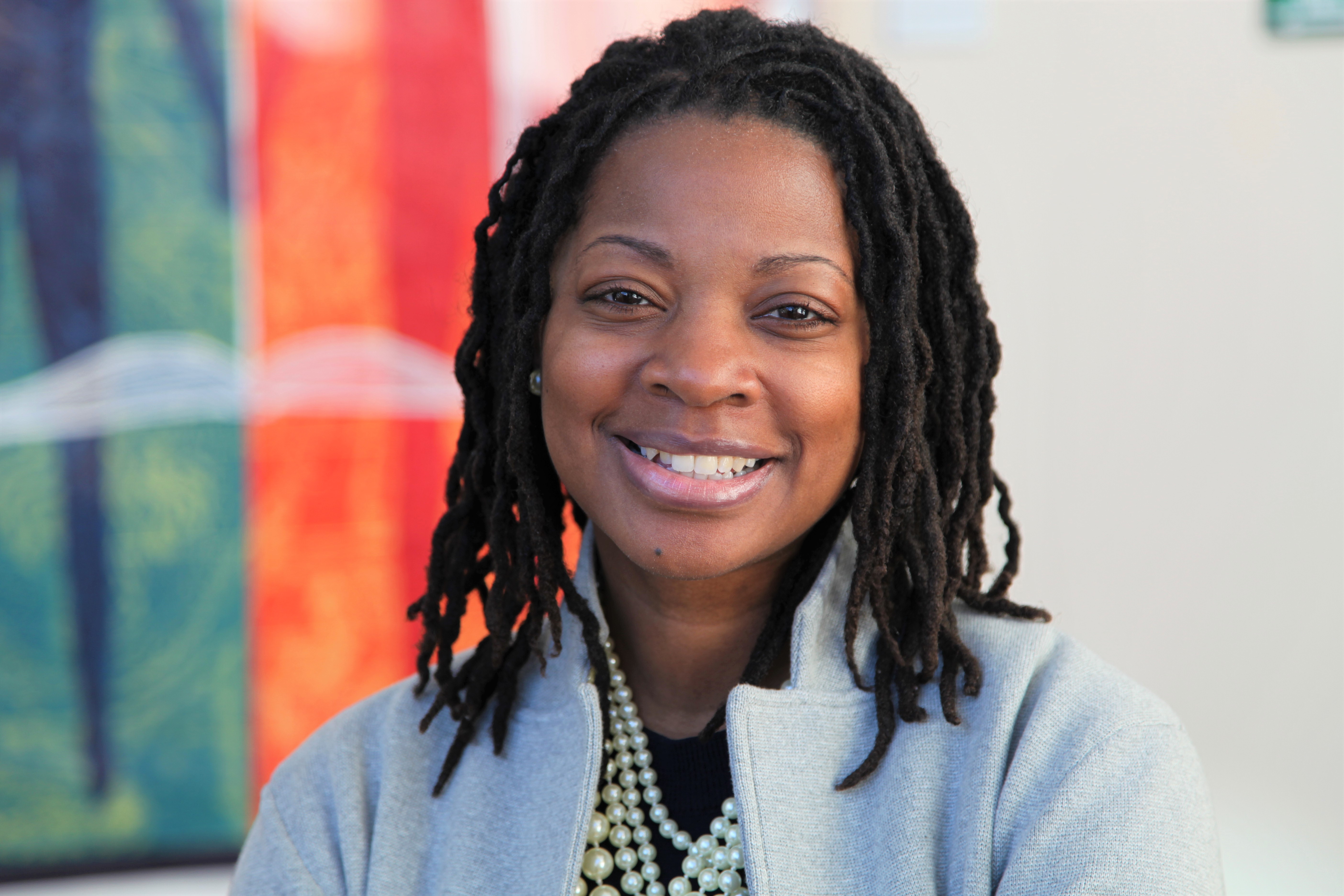 Shelika Tate married her high school sweetheart 19 years ago, and for that same amount of time, she was told that she would make a great lawyer. Her husband would tell her it was because she was a "really logical thinker" and she would "reason through every choice and decision." She even had others say the same. But at the time Tate wasn't interested. At least not at first.

Heading into her undergrad at Western Michigan University, Tate knew she always liked dancing and performing so she started in WMU's dance program. She liked it alright but it was all taking too much time. In her third year, she decided to switch to a political science and sociology double major, just to finish earlier.

Tate got married, had kids, started a job, and settled into her commitments, until one day she thought that maybe she was meant to do more.

"As much as I enjoyed what I was doing, I just knew that it was time to start something new," recalled Tate. "I have this close, tight-knit group of girlfriends. There’s three of us, and we chat weekly. One of them lives out-of-state. We would talk and encourage each other, as women, because we're not just moms, right? There’s more to us."

The women would often talk about their dreams, and about the things they wished they had done. Tate asked her friends what they thought about her going to law school. Her gal pals not only thought she would make a great lawyer, they thought her kids would really benefit from seeing her go for it.

"We all prayed about it," remembered Tate. Then a few weeks later she met a dean from WMU-Cooley Law School who also happened to live in her neighborhood. She asked Dean Lisa Halushka if she thought law school would be possible for her at this point in her life. Halushka stated without hesitation, "Absolutely." They talked more, and Tate not only took her advice, she took a Kaplan course, then the LSAT.

Never one to make a decision lightly, Tate spent time doing more research, making a visit, taking a tour, sitting in on a class, and talking to current law students at WMU-Cooley.

"I actually got to sit in on Dean Martha Moore’s personal and professional development class," recalled Tate. "I liked listening to her teach and what she was talking about. It was just so fascinating. I thought to myself, 'I really think I would love doing this.'"


Now that Tate is at WMU-Cooley, she has even more reasons to believe she made a great decision.

"I love the atmosphere at Cooley," declared Tate. "There's nothing between the students. You never feel like you are in competition. Everyone is eager to help or give you advice on your classes, like 'I took that class,' or 'that might be tough,' or 'know this.' They're eager to share and to help you succeed. That's all the way from your fellow classmates to the faculty. Professors are very willing to answer your questions, no matter what time of day."

She also appreciates the Career and Professional Development team who have gone out of their way to let her know about opportunities that come up.

"One of the other real positives about Cooley is the help I received from the Career & Professional Development office," said Tate. "I remember introducing myself sometime in my second term and telling them about myself, since I was on the five-year-track, and asking questions about what I should be doing. Ever since then they have been great about sending me stuff. 'Hey here is a scholarship we think you should apply for' or 'Here is an externship or internship you should consider' or 'They’re doing interviews for this.' It's nice to know it's not all on me, especially when I'm so busy doing things for my kids. I love the CPD office. I think it's one of the things that stands out."

Life for Tate has been "crazy busy," in her words. With her three kids and working full time, and an hour commute weekdays, she has been taking things in stride and keeping a sense of humor.

"Before I started law school," said Tate, "I sat my family down and talked to them about how my going to law school was going to be a family adventure. There was going to be a lot of sacrifices on all ends. But you know what? I’m still at every basketball game I can make, and soccer game, and dance recital. And they understand that there are going to be times when they can't do something because mom’s got class, or we’ve got to meet up with dad, or mom has to study. Everybody is in this together."

Taking classes in the evening division, rather than weekends, ended up being a blessing since most of the kids activities ended up happening on weekends. Plus she appreciates having the extra time on Saturday and Sunday to fit in homework and studying. That flexibility has helped her in both her personal life and in law school. And her grades show it. She's done so well, in fact, that she recently received the Women Lawyer’s Association of Michigan Dickinson Wright Women's Network Scholarship.

If you were to ask Tate today what she plans to do with her law degree once she graduates, she will chuckle and tell you that, "My path to law school hasn’t been conventional, so I don’t think my path when I leave will be conventional either." But if you push her a bit more, she will share with you what her ultimate job might look like. "The dream job for me – which means something I think would be the most fun and exciting – would be to work in sports, in some facet," Tate smiled brightly. "My favorite is football. I would love to work for the NFL, or for any team really. I’d work in baseball, hockey, whatever. It wouldn't matter to me."

Whatever Tate does though, we are certain she will be an unconventional powerhouse!