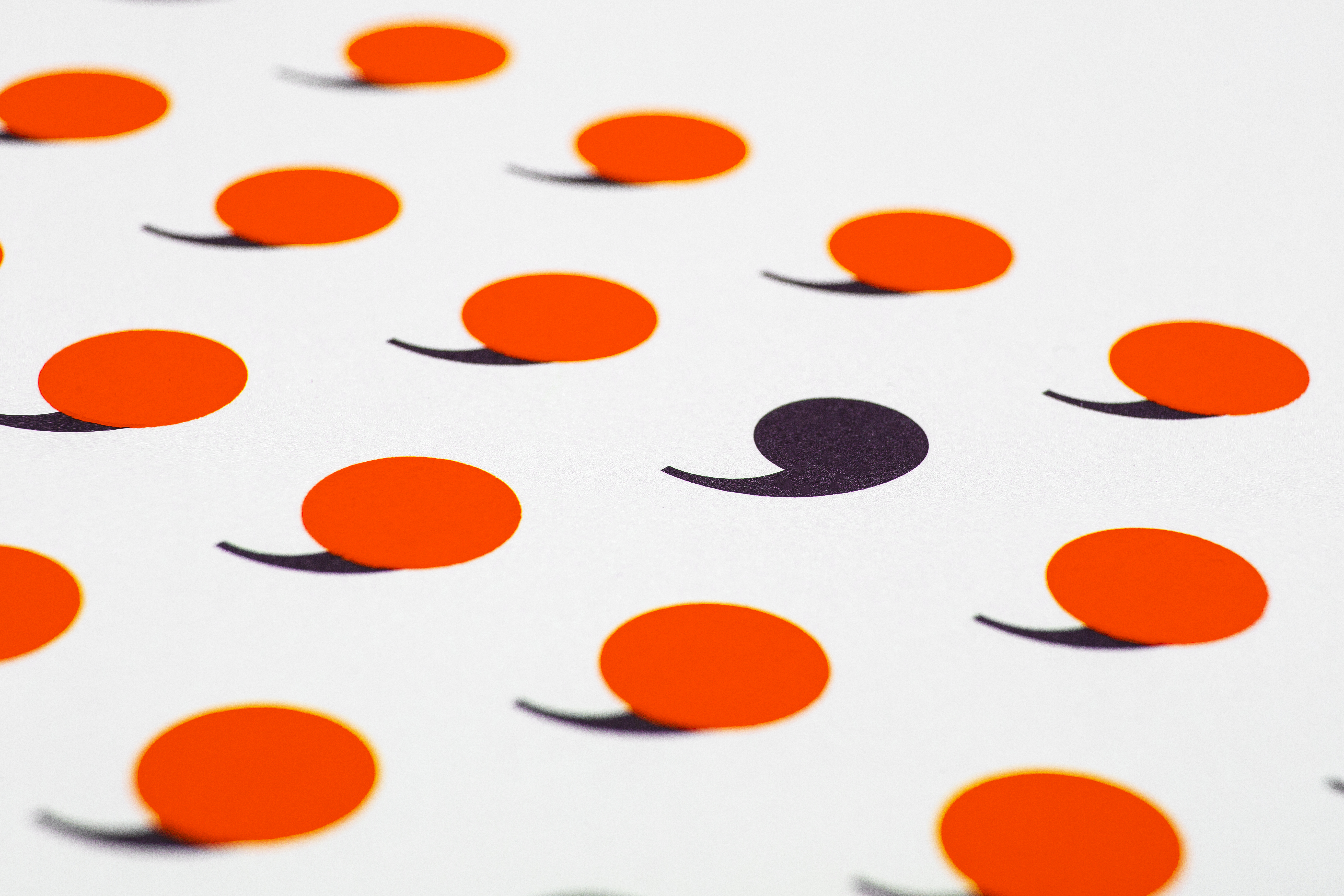 Recently I encountered three examples of comma misuse among legal writers. At first I thought the comma faults were random. But then I noticed they had something in common; in each case the comma preceded a verb. The commas create the impression of a runner stumbling midway to the finish line.

From a law-school student publication: “May the odds forever, be in your favor.”

From a legal newspaper: “And a lot of these kids, were really good players.”

From a law-school press release: “[The law school] is committed to pursuing a collaborative approach in working with the Council, to continue meeting ABA standards.”

These occurrences bring to mind the Rule of Three: Once is chance, twice is a coincidence, third time is a pattern. Have you, too, noticed an emerging pattern of unnecessary commas being placed in front of verbs?

Lynne Truss is author of the best-selling punctuation book ever, Eats, Shoots & Leaves. She says of commas, “The illiterate default punctuation mark is nowadays the comma.” Indeed, a stray comma is the basis for a joke that explains the title of her book.

Truss has observed a proliferation of what she brands as “particularly stupid uses of the comma.“ Her book provides these comma-before-verb examples:

“The Society decided not to prosecute the owners of the Windsor Safari Park, where animals, have allegedly been fed live snakes and lions, on legal advice.”

“Parents, are being urged to take advantage of a scheme designed to prevent children getting lost in supermarkets.”

“What was different back then, was if you disagreed with the wrong group, you could end up with no head!”

In England, where Truss hails from, these misuses are called “yob’s commas.” A yob (boy spelled backward) is a rude or uncouth young person. “The yob’s comma, of course, has no syntactical value: it is the equivalent of a fuddled gasp for breath, as the poor writer marshals his battered thoughts,” Truss explains, quoting from a newspaper column that originated the term.

Truss’s “big, final rule for the comma” is simple: “Don’t use commas like a stupid person.” My suggestion on how to do that is to round up your commas. Check every questionable one against a punctuation guide. If you can’t find a rule requiring or permitting a particular comma, cull that stray. Don’t write like a yob.

Otto Stockmeyer is a Distinguished Professor Emeritus at WMU-Cooley Law School. The author, who began his academic career teaching Legal Writing, is a past president of Scribes-The American Society of Legal Writers and a frequent contributor to legal periodicals and blogs. A version of this article will appear in a forthcoming issue of the Scribes newsletter, The Scrivener. Professor Stockmeyer’s previous blog posts are cataloged here.