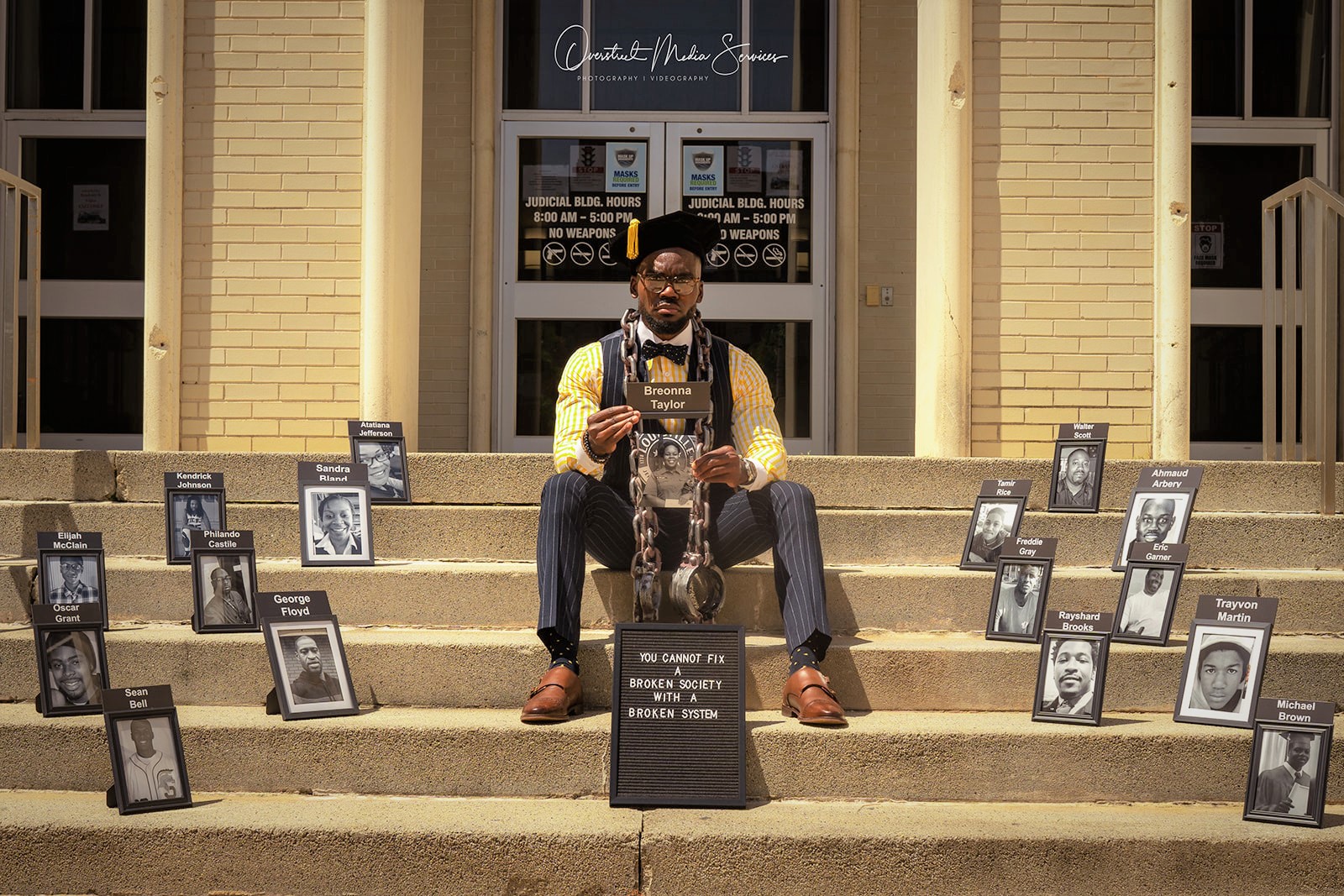 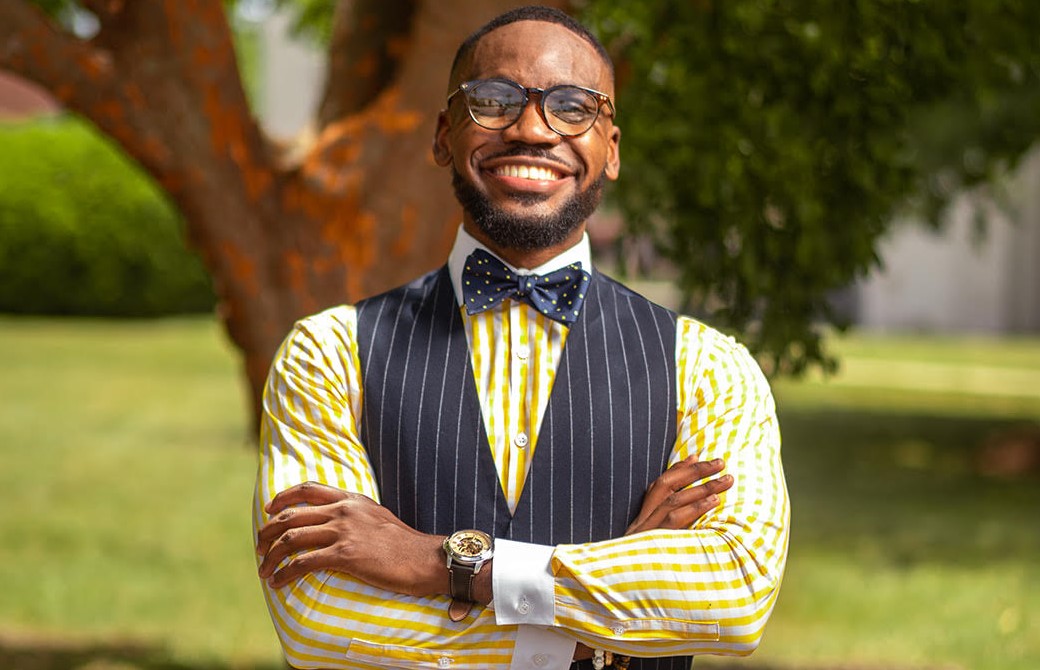 Ray Petty: My Duty is to Bring Justice to Areas of Injustice

2020 has been an unforgettable year so far; but a year that has placed a necessary spotlight on many areas of injustice that one graduating law student, Ray Petty, is ready to address head on. 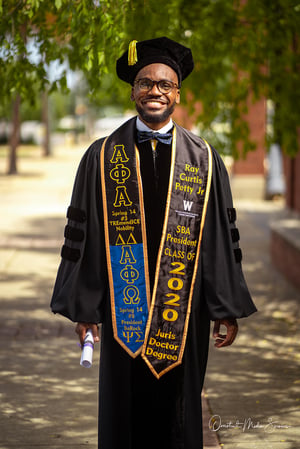 Graduating law students at WMU-Cooley Law School are now having to celebrate virtually, but that does not diminish their outstanding accomplishment. For Petty, graduation photos were a must, as was his own mission statement.

"I recently took my graduation photos," shared Petty, "and I was inspired by the school’s stance against racism and discrimination in our society. I wanted to share one of my social justice photos with the school. The picture speaks for itself. You cannot fix a broken society with a broken system.

"I am at the court house in Albany, Georgia. This is the place where violators of the law should be prosecuted. What you see are 17 notable names surrounding me. These individuals were slain at the hands of injustice. What you don’t see are all the names that did not make headline news. 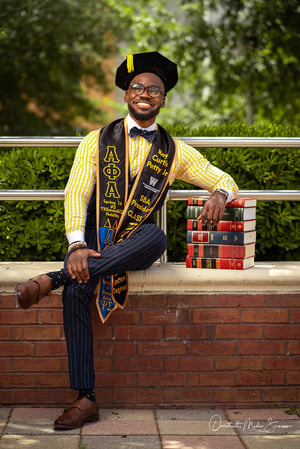 "The number is far greater than the 17 names depicted. The issue is deeply rooted and dates back to the start of American history. The shackles around my neck represent the broken systems in America. As I sit on the court house steps on Aug. 1, 2020, my mind ponders on how we can step into a new day. We have made advances, but there is still much work to be done.

"As a black male attorney, my duty is to bring justice to the areas of injustice. Me graduating and getting into the legal field is a protest. We have seen people protest with their feet and their mouths, but what you see is me protesting with my career. I devote my life to a cause. My career is this photo, and is a protest.

"My hope is that their stories don’t become our stories." #JusticeMatters

Ray Petty not only was selected valedictory speaker for his graduating class, he also was a recipient of the coveted Thomas E. Brennan Scholarship, an award given to those who have demonstrated strong leadership skills; the same skills that Michigan Supreme Court Justice and law school founder Thomas E. Brennan displayed throughout his career.

WINDOW OF THE SOUL

Below is a small snippet of Ray Petty's story. It is a peek into the window of the soul of a man on a mission to bring justice to areas of injustice.