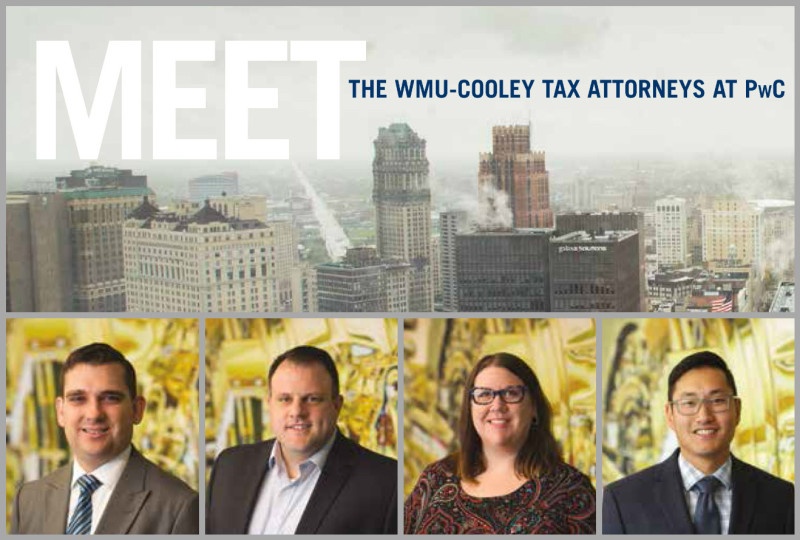 PwC is a network of firms in 157 countries with more than 200,000 employees. In Michigan, PwC has over 800 employees working in three core lines of service: tax, assurance, and advisory. When PwC’s Detroit office needs to fill the ranks in its tax division, Tim Pratcshler, principal in PwC’s state and local tax group, focuses his attention on recruiting top talent from colleges and universities, including law schools.

Hear from four WMU-Cooley Law School graduates who are practicing their skills at the second largest professional services firm in the world.

Tim Pratcshler, principal in PwC’s state and local tax group, talks about the qualities he looks for when hiring an attorney.

Andrew Lane (Sharpe Class, 2008), talks about the experience and quality of the professors.

Jennifer Paillon (Trimble Class, 2015), talks about the non-traditional path she took before she was able to fulfill her dream of being an attorney.

Albert (A.J.) Robison (Johnson Class, 2013), talks about how WMU-Cooley’s well-connected professors led him to a job at PwC.

This blog was originally published on February 28, 2017.

The Library Minute, Ep. 1: Why do casebooks have to be so intimidating?

As a result of yet another tragic school shooting, this one in Parkland, Florida, the conversation...
Read More