Outpouring of Sacrifice and Humanity in Boston Transcends Marathon Tragedy 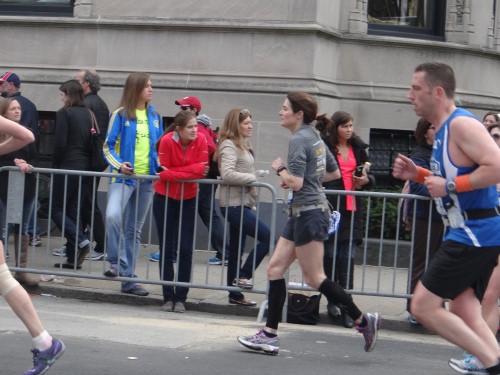 Terry Carella is the director of communications for Cooley Law School and is race director of Cooley’s annual Race for Education. Carella was a Boston Marathon finisher on Monday, April 15, 2013. She was just a block away from the explosion after heading back to the finish to retrieve the medal she had missed upon finishing minutes earlier. Without hesitation, Terry plans to run next year in what will be her 9th consecutive Boston Marathon. 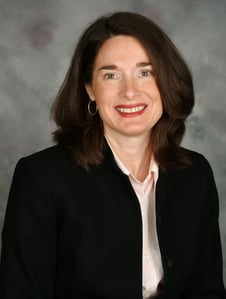 "No person, especially the runners, spectators, volunteers, and Boston community, will forget the tragedy that unfolded during the 117th Boston Marathon on April 15, 2013," Carella said. "Or forget the overwhelming outpouring of sacrifice, love, and humanity shown by the people of Boston that day. The days between then and the ultimate capture of the final suspect were emotional as we learned of the three horrible deaths of such young, innocent people, the over 170 injured, the families affected – then the methodical discovery of the two brothers directly involved in this act of terror. What an enormous relief to all when officials caught the final suspect, and that he was caught alive. I felt such extreme pride in all those involved – as an American and as a runner. Just like a marathoner, we will look at this obstacle, dig in our heels, and say we will not let this stop us. In fact, it will build our resolve; make us stronger and better because of this tragedy. If anything, it has locked my faith, hope and trust in the core goodness of most people."