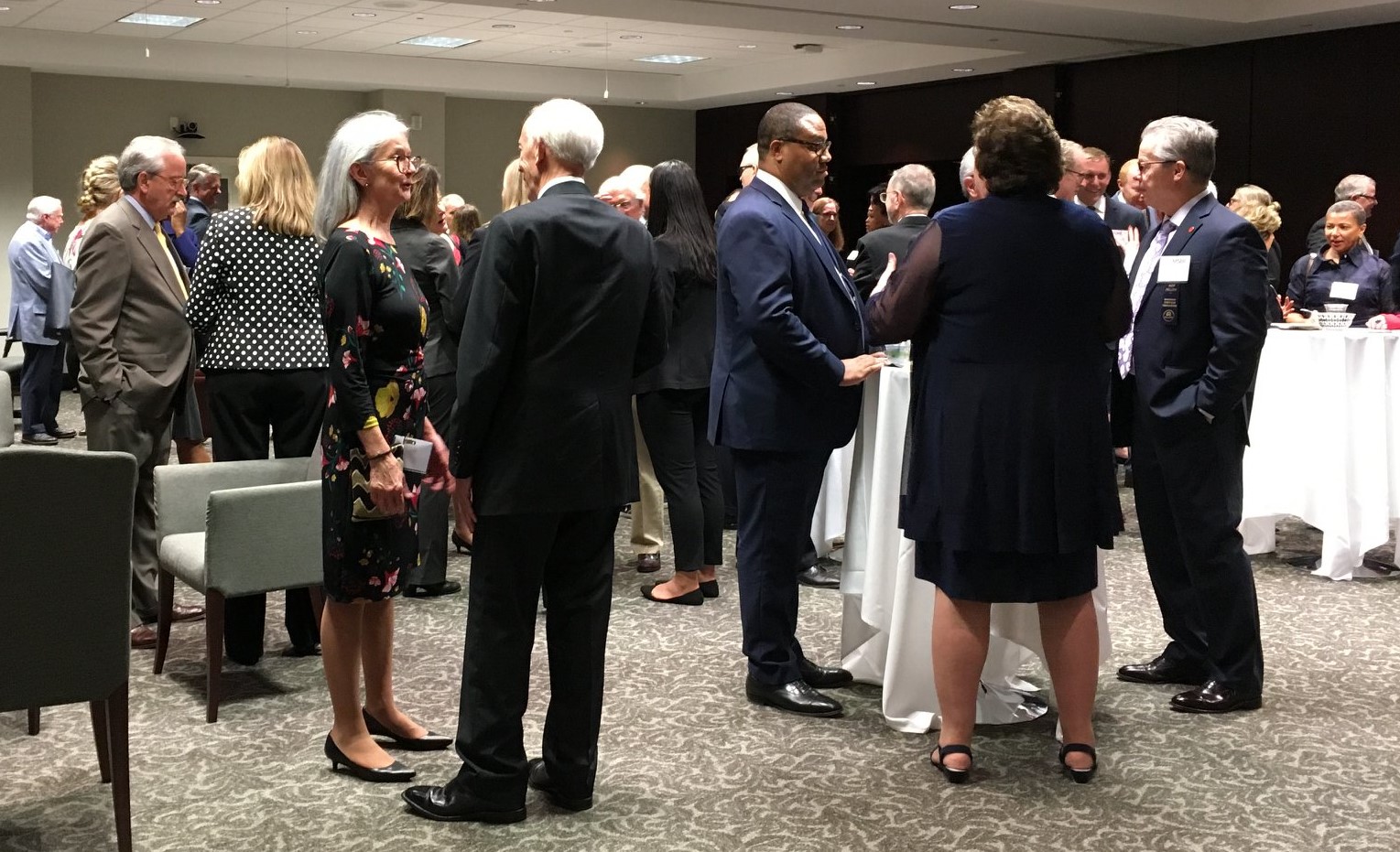 Earlier this year the Michigan State Bar Foundation announced the names of inductees into the 2020 Fellows Program. Among the twelve persons honored as Fellows is WMU-Cooley Law Professor Erika Breitfeld. A number of other WMU-Cooley faculty members and senior administrators are members as well.

What is the Fellows Program and how did it originate?

The Fellows Program recognizes distinguished members of the Michigan bar for their professional excellence and service to the community. Fellows are nominated by their peers and elected annually by the Foundation’s Trustees. Membership is limited to five percent of State Bar members.

Camaraderie among Fellows is fostered at annual receptions where new inductees are introduced and awards presented.

Membership in the Fellows includes a financial commitment. Fellows’ contributions support the Foundation’s mission of providing grants for improving the administration of justice and the delivery of legal aid.

The Michigan State Bar Foundation was established in 1947 as the charitable arm of the State Bar of Michigan. It was led in its formative years by such well-known lawyers as former State Bar president and Oakland County Circuit Judge Glenn C. Gillespie (author of the treatise Michigan Criminal Law and Procedure) and Philip A. Hart, later to become a U.S. Senator. Funds were raised through gifts, bequests, and member contributions.

I had the honor of serving as Foundation president during the years 1982-1985. In 1979 incoming State Bar president Dean S. Lewis had sent me a news clipping about the Indiana Bar starting a fellows program. Upon becoming Foundation president, I proposed to the Board of Trustees that we initiate something similar.

The Board agreed. We asked Trustees John A. Krsul Jr. of Detroit, Joseph L. Harding Jr. of Oakland County, and Stephen C. Bransdorfer of Grand Rapids, all former State Bar presidents, to lead the effort by recruiting a distinguished roster of Founding Fellows. These luminaries would form the nucleus of the Fellows and nominate future members. 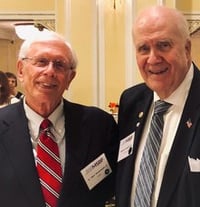 The program was launched in August 1984 with 32 Founding Fellows. By the end of the year 196 Fellows nominees had responded, contributing or pledging $136,000. As of last year, more than 1,500 Fellows have contributed nearly $2 million toward the Foundation’s charitable mission.

This brief history is offered in tribute to my colleagues Dean, John, Joe, and Steve—all of whom have passed away, as have more than two-thirds of the Founding Fellows. They all are deserving of recognition for their help launching the Fellows of the Michigan State Bar Foundation.

Otto Stockmeyer is a Distinguished Professor Emeritus at WMU-Cooley Law School. He was a member of the Michigan State Bar Foundation Board of Trustees from 1971 to 1992. He has written articles on the Foundation’s history and leadership. He is pictured (L) with Fellows chair Charles R. Rutherford at a recent Fellows reception.