Note to legal writers: You CAN start sentences with But. 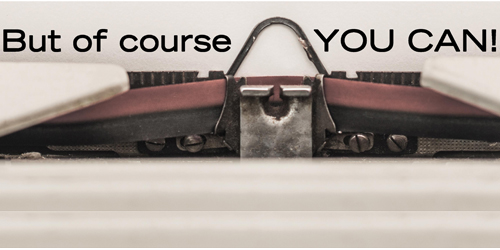 My colleague Joe Kimble has attempted to refute the common superstition against beginning a sentence with the word "but."

According to Kimble in Lifting the Fog of Legalese, the word 'but' is "far more common and more deft than 'however' to show contrast at the beginning of a sentence.”

Others have rightly pointed out that, rather than being incorrect or too informal for legal writing, "but" is sometimes the best way to start a sentence.

How far can the battle against this superstition be carried? Is it ever proper English to begin a paragraph with "but?" An entire chapter? My quick survey has produced an example of each, both by noted writers.

No less an authority on language, Bryan Garner began a paragraph with But in the Scribes Journal of Legal Writing (vol. 3, p. 91):

But (some might say) we’re talking here about formal legal writing, not newspapers!

But the approaching end of winter brought little improvement in the weather.

As these professional writers illustrate, it is not necessarily poor form to use "but" to begin a sentence, a paragraph, or even a book chapter. Is that as far as the point can be pursued? Is it possible that an entire book beginning with "but" is out there somewhere? Or a book title?

A brief search turned up a music album by Phil Collins titled But Seriously, and an R-rated movie But I’m a Cheerleader (“A comedy of sexual disorientation”). I even found a couple of children’s book titles beginning with "but:" But It’s Not My Fault and But No Elephants. I could not, however, locate a serious book of nonfiction with a title beginning with "but." If you find one, please let me know.

Postscript: In 2017, several years after this piece was first published, tennis great John McEnroe borrowed Phil Collins’ album title for his book, But Seriously. And so now another frontier has been crossed.

Otto Stockmeyer is a Distinguished Professor Emeritus at Western Michigan University Cooley Law School. This blog post is a reprise of the author’s column in a past issue of The Scrivener, a newsletter published by Scribes – The American Society of Legal Writers. Professor Stockmeyer is a past president of the Society. His previous blog posts are cataloged here.

Tags: Plain language
Back to Blog

WMU-Cooley Law School 3L student, Jalitza Serrano, is living proof that you can not only conquer...
Read More