How can lawyers help their clients when the clients’ experiences – often traumatic and oppressive ones – are not like anything the lawyers have ever experienced or encountered?

WMU-Cooley Professor Kim O’Leary can relate to the inability to relate. As a white middle class law student, transplanted from southern Indiana to Boston in the early ’80s, O’Leary remembers being overwhelmed by the neighborhoods her clients lived in and the problems they were encountering.

She feared that she didn’t have the life experiences to help clients with such vastly different backgrounds. But her clinical teacher, who’d run into a similar culture shock 20 years previously, had the answer.

As a self -described 33-year-old Jewish kid who found himself representing the Black Panthers in Los Angeles in the 1960s, Gary Bellow told O’Leary he’d been in the same boat – he had no clue what his clients were experiencing. “So, I sat in people’s kitchens and listened,” O’Leary recalled Bellow telling her.Who you are and how you grew up does not define what you can be.

Both as humans in general, and lawyers in particular, people have the ability to stretch and grow so that they can effectively help others – even if their life experiences are so vastly different as to make that seem impossible at first.

What it takes is talking – and even more important, listening.

Enter “Multicultural Lawyering,” a course created by O’Leary and fellow WMU-Cooley Professor Mable Martin-Scott and taught for the first time in January 2020. A limited-enrollment elective now offered two out of every three terms at the law school, Multicultural Lawyering is a game changer on many levels. 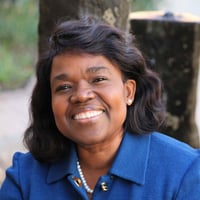 This isn’t yet another trendy consciousness-raising seminar designed to tell one side that the other side has value. Martin-Scott, who grew up in inner-city Chicago, has seen plenty of well-meaning courses taught elsewhere that led only to arguments, divisiveness, and hard feelings. She didn’t want that at WMU-Cooley, a law school with a nearly 50-year track record of inclusiveness. But the more that she read the material that O’Leary was sending her way, the more she realized this new course was very different and she signed on as a partner.

“This class avoids getting people on the defensive or on the offensive. My job as the Assistant Dean of the campus, was to not have that conflict,” Martin-Scott said. “This class is not about that.”

O’Leary explained that the class is designed to equip soon-to-be-lawyers with the tools and the skills to engage with others in a meaningful way.

Martin-Scott added that the Number One principle the class seeks to instill is “You have to represent your client.”

To do that, lawyers have to understand their clients.

O’Leary said, “A lawyer’s job is to help other people. You can’t help them if you don’t understand what they want and need.”

There are no sides.

Instead, there are a multiplicity of cultures. Even people who don’t think of themselves in cultural terms have a culture. And that culture informs how they see the world – and the people in it – and how they react and conduct their daily lives. The key, especially in training lawyers, is to get students to not only understand how they view things, but how others - particularly their clients -view those things. Lawyers cannot fully represent their clients without an understanding of what makes them tick – how the culture they are a part of affects them and even determines what they do.

And it’s no longer just a “nice” thing that a good lawyer does to create a connection with clients – it’s an American Bar Association rule. With the advent of ABA Model Rule 8.4G, lawyers now have a professional obligation to be culturally competent. With this course, Martin-Scott said, the law school is poised as a leader in that field. “We can make a difference,” she said.

They already are. As the class got rolling, O’Leary and Martin-Scott realized there really was no textbook that presented the material in the way they wanted. So, they wrote one. The resulting volume, Multicultural Lawyering – Navigating the Culture of the Law, the Lawyer, and the Client,” was published by Carolina Academic Press in 2021. 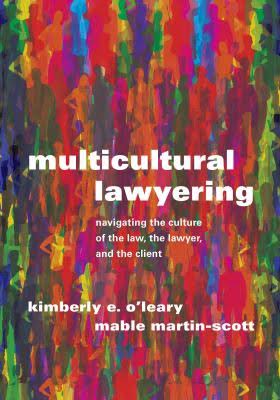 The book, with its colorful design, clear explanations by the authors, and plentiful case studies (including “when failure to understand culture results in bad things”), is not only used in the WMU-Cooley course, but it’s catching on in the wider legal arena. The royalties, a bemused Martin-Scott reported, are already starting to come in.

The course has proven so popular that more than one student review has called for it to be made a required class. But the course will remain an elective, Martin-Scott and O’Leary said firmly. For the course to work, they explained, the students have to want to be there. They might not agree with everything they hear, but for the messages to resonate, for growth to occur, the foundation has to start with an audience willing to listen.

This is the message that O’Leary and Martin-Scott are communicating to law schools and organizations around the country that are now clamoring for the two to bring their message and training to them. Conversations have been held with law schools at the University of Michigan, University of Memphis, Syracuse University, and Wayne State University among others. The duo also participated in a panel discussion on preparing multicultural lawyers for the AccessLex Institute.

It’s also the message that was communicated far and wide at a two-day online conference on multicultural lawyering that WMU-Cooley hosted in March 2021. The conference proved to be very popular and was soon filled to capacity, with guest speakers, interactive questions and answers, and a large volume of shared information.

Going forward, O’Leary and Martin-Scott will continue to teach the course and speak around the world. The two are already talking with interested people in Australia and New Zealand, and hope to expand to Europe in the near future. O’Leary also plans to start a blog about multi-cultural lawyering that will post on a regular basis, and the WMU-Cooley faculty have adopted a three-part Diversity, Equity and Inclusion proposal that includes self-education, voluntary study groups and collaborations with student groups.

The future looks filled with positive developments. “The legal community and the world are multicultural and rapidly changing,” Martin-Scott said. “Lawyers have to lead that change. It is no longer just ‘acceptable’ that lawyers are culturally competent, it is required. It is critical that students and lawyers are prepared, and it is extremely exciting to be a part of that change.”

Tags: Multicultural Lawyering
Back to Blog

Every year, Michigan Lawyers Weekly accepts nominations of worthy attorneys to be considered as...
Read More

It's All About IRAC

As beginning law students soon learn, what we call “legal reasoning” can be expressed by the...
Read More