Mable Martin-Scott: This is what justice and the world looks like

Why is diversity in the classroom important? That's a question WMU-Cooley Law School Professor Mable Martin-Scott sometimes gets from others when talking about her law school, and the place she's taught for the past 18 years. 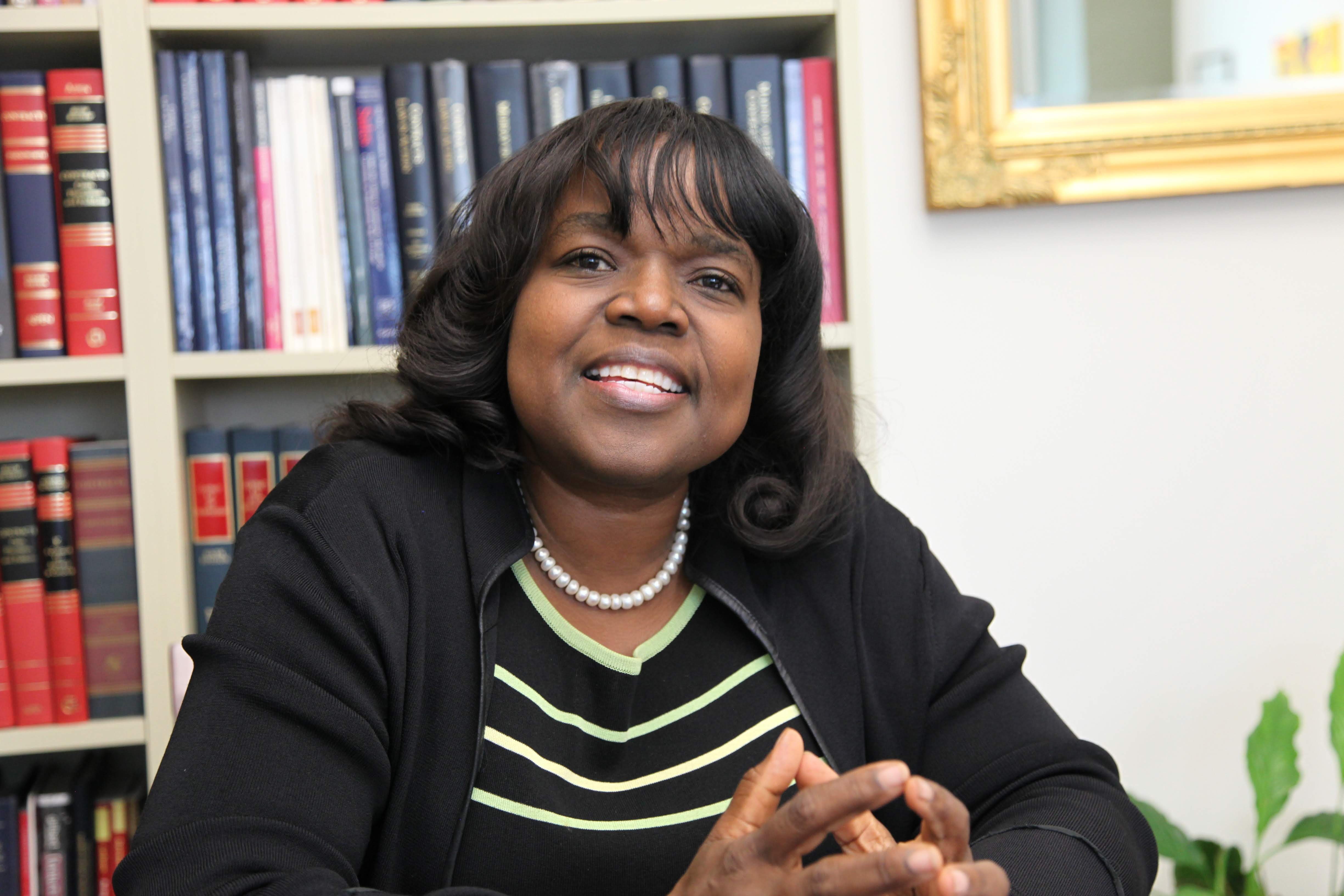 "Diversity to me means that there are different types of people who are working together for one common cause," eloquently answers Martin-Scott. "It's the beauty of how we can bring women; we can bring minorities; we can bring everyone together, because we want to accomplish something outstanding. That's what Cooley has done."

It all started back in 1972 with a mission, and the law school's firm commitment to provide people from all walks of life the opportunity to learn the law.

That vision spoke volumes to the heart and soul of Martin-Scott.

"The mission of our law school fits me exactly; It's what I wanted to do with my life," stated Martin-Scott. "The idea of helping all people, not just a select few, realize their dream of becoming a lawyer." 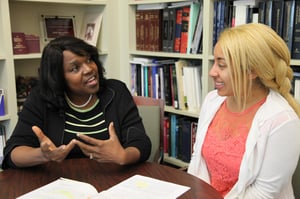 Never one to steer away from a challenge, Martin-Scott felt it was in her power to make a real difference in what she saw as an unfairness in our world.

Martin-Scott is quick to give credit to President Don LeDuc for his vision and role in making sure the law school stayed true to its mission.

"Cooley just brought all types of people together," continued Martin-Scott. "I've always been excited about it because I've felt deeply that everyone who was at this law school brought such beauty in their uniqueness. We were getting the traditional students who were coming out of undergrad, but we were also getting the students who weren't. We were getting (students after their) first, second, or third jobs. What they brought to the classroom, after working and living in the real world was a bonus, especially for our students. 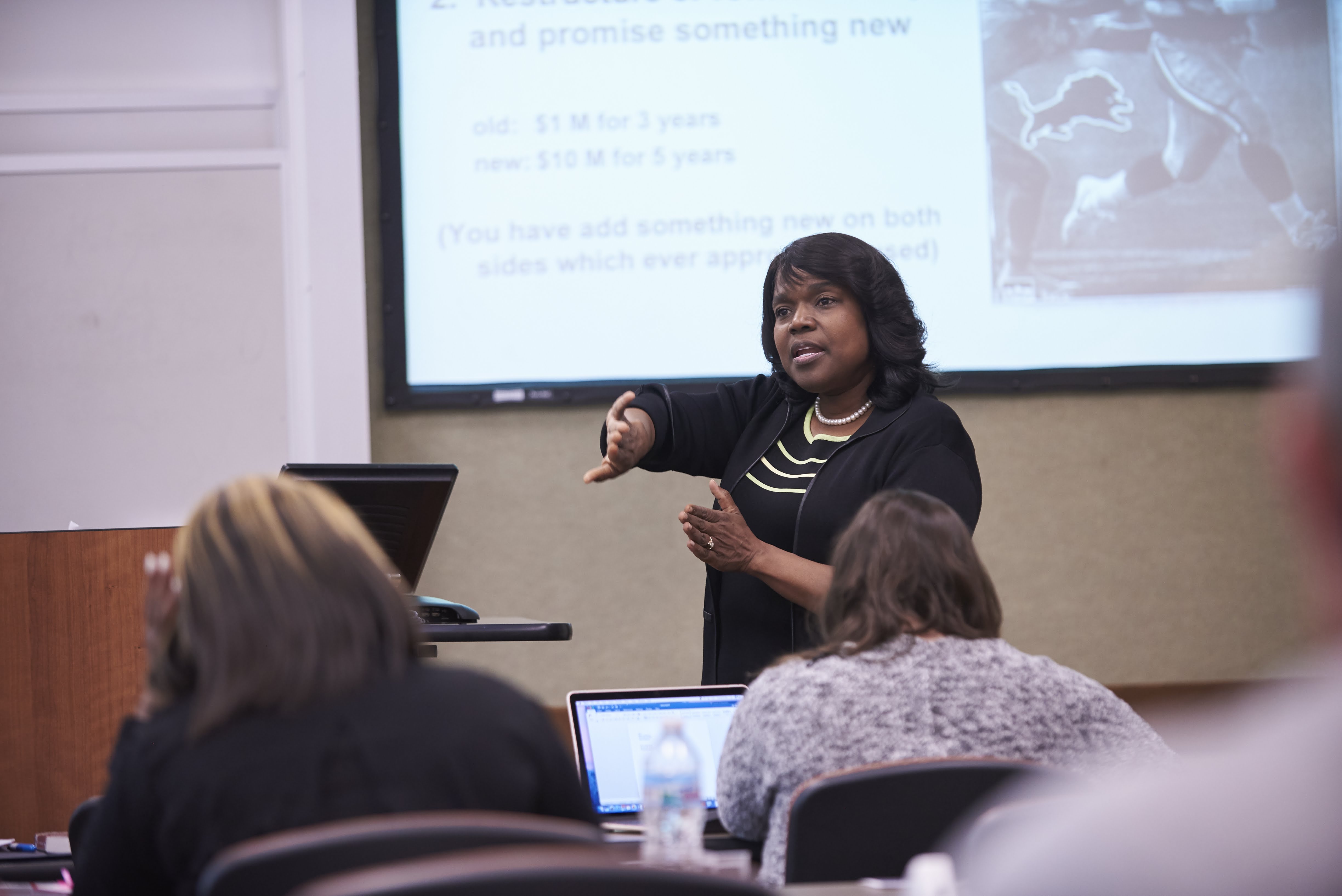 The diversity of the students married with a faculty with real-life practice experience are what makes for an exceptional legal education says Martin-Scott.

"(When I was interviewing with WMU-Cooley), I was actually looking at another opportunity at (another law school)," recalled Martin-Scott. "I remember looking at the Cooley requirement that said you needed actual experience in the area for which you planned to teach in order to be hired. I can tell you that most law schools are not set up like that. Imagine bringing all your background and your expertise from being an attorney into the classroom. Those dynamics unbelievably elevate learning in the classroom; I loved that!"

Not only has President LeDuc been an inspirational leader and friend according to Martin-Scott, she also admired his unwavering gift to listen to ideas, along with his generosity in allowing you to follow your passions.

"I have a passion for working with young people," shared Martin-Scott. "I reached out to President LeDuc a number of years ago about a program I wanted to implement to help teens in trouble. He not only supported that idea, he told me we could host the program right here on our campus. Our Teen Court program has been one of the best-kept secrets in the Lansing area. We get young people who have first-time offenses, mostly minor things, and instead of putting them through the criminal justice system, we put them through our diversionary program. It's a fantastic program, and a win-win for everyone involved.