Katie Stanley: When you help a client, you aren’t just helping them, you're helping others. 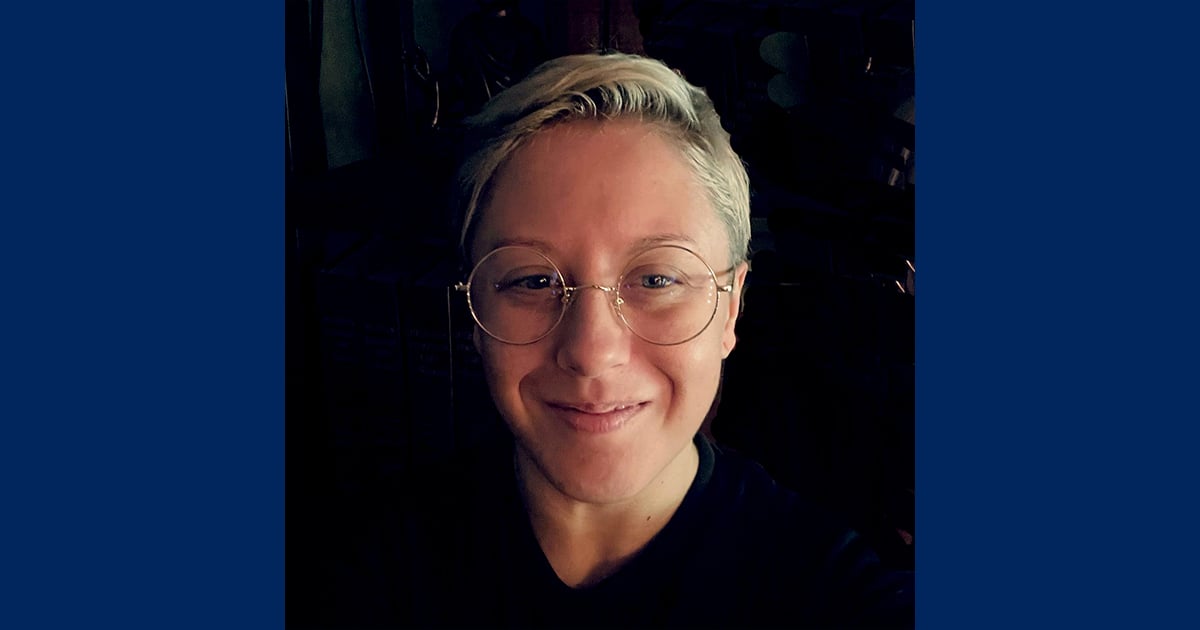 You might say that Katie Stanley started law school at age 13. She was, of course, too young to actually enroll in law classes, but that’s when she began reading the legal textbooks for her dad, Mike Stanley, who’d enrolled at WMU-Cooley as a blind student. Katie was soon hooked on the material, setting the stage for a career in the law as a means for helping people.

Mike Stanley went on to graduate from WMU-Cooley in 2010, but Katie’s law school days were just getting started. After earning her B.A. in political, social, and ethical philosophy from the University of Michigan-Flint, Katie followed in her dad’s footsteps and enrolled at WMU-Cooley.

Katie, 34, graduated with the Vinson Class in 2017. In addition to her J.D., she has also earned her M.P.A. in nonprofit administration from the University of Michigan Rackham Graduate School, and is working on her Ph.D. through Walden University.

Now an attorney and community engagement manager with Legal Services of Eastern Michigan in Flint, Katie practices in the areas of fair housing, civil rights enforcement and education.

Katie’s work and life is multi-faceted, each element working with the others with a common goal of making the world a better place. She is also the project manager for a Legal Services Corporation Technology and Innovation Grant, for which she invented an application to assist in reporting violations of fair housing rights.

The idea, Katie explained, is to create a “Wikipedia-style” resource map so that fair housing organizations across the country can share and access a common source of trends, violations, and other information to aid in better enforcement. Recently an online talk for Legal Services Corporation’s Innovations in Technology Conference about the app garnered Katie more than 600 participants interested in putting the technology to use in their work.

Even as she makes news using technology to advance the cause of fair housing and uses her legal skills to ensure the civil rights of clients in 14 counties are being met, Katie is leading a different conversation – this one about mindfulness and well-being – in a number of different areas.

It all started with a panic attack over losing a $9 bottle slip in a grocery store. In the midst of the meltdown, Katie knew she had to do something, and began practicing a calming technique she had learned some time earlier but had not yet been willing to try. She was able to get through the situation and came to understand that the attack was the result of being overwhelmed by all the responsibilities she was carrying at the time. And it was a lot of responsibility – she was pursuing a master’s degree while studying for the Bar, working as a full-time crime victims’ advocate on distressing elder abuse/domestic violence cases, assisting with the review of documents for a Flint, Michigan water crisis case with WMU-Cooley’s own Mary Chartier, and more. “Cultivating self-awareness through a mindfulness practice helped me to create more space between what was happening externally and how I chose to respond internally. This empowered me to explore and move the purpose of my life and career forward in a more positive and intentional way.”

As she used mindfulness techniques to calm herself, she realized there were broader applications. It didn’t take long for Katie to realize that the grounding techniques she was using - part of an overall concept called “mindfulness” – could be refined and utilized to better the lives of people in general and attorneys in particular both personally and professionally. “The research shows that more emotionally intelligent lawyers are not only happier, they are more successful over the lifetime of their career, a quality that a mindfulness practice supports.”

The techniques are like a secret weapon for lawyers in court, Katie laughed. She explained that an attorney getting nervous in court can practice these techniques with no one being the wiser, center themselves, and perform their jobs with more accuracy and clarity. “It’s like a secret super power,” she explained.

Katie has practiced the techniques herself. For someone who readily admits she’d rather be in the woods with her two dogs than speaking to a courtroom full of people, mindfulness has been very successful for her. She is now sharing those practices with others as a part of a broader discussion about attorney and law student wellbeing, cultivating emotional intelligence, and managing vicarious trauma/compassion fatigue in the profession.

She has served as the project manager for Flint-ReCAST (Resiliency in Communities After Stress and Trauma). This resulted in mindfulness and emotional intelligence training for public service providers and attorneys in Flint.

Katie is also a member of the Judges and Lawyers Assistance program for the State Bar of Michigan, a regular contributing columnist to the “Practicing Wellness” section of the Michigan Bar Journal, a member of the newly launching Attorney Wellbeing Initiative Statewide Taskforce with the State Bar of Michigan, a Fellow and certified teacher for the Google-born Search Inside Yourself Leadership Institute, and a member of the Crim Fitness Foundation-Mindfulness Initiative Advisory Board. She was also a panelist on the first ever attorney wellbeing seminar at ICLE, the Institute of Continuing Legal Education. 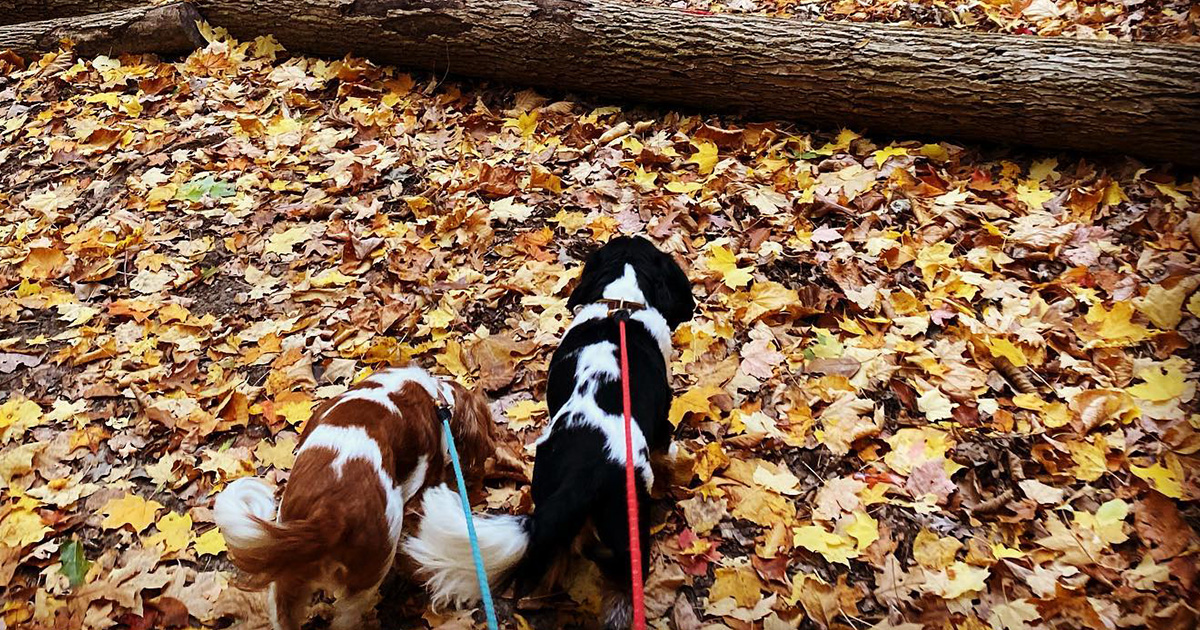 In addition, as a trans-spectrum identifying member of the LGBTQ+ community, Katie served as the volunteer graphic designer for the National Center for Transgender Equality’s “Transform the White House” campaign. She also was the winner in graphic design for the National Housing Law Project’s HUD Housing Programs: Tenants’ Rights Green Book Contest. She is also a board member for the Factory Two Makerspace in Flint which promotes community empowerment and transformation through learning, sharing, and creating.

Importantly, attorneys can use mindfulness techniques to help others as well. Katie remembers being in court one day when a woman in the courtroom on an unrelated matter had a total meltdown and had to be physically removed from the court. The court clerks, knowing of Katie’s expertise, looked over at Katie, sending her a mute plea for help and she left the courtroom to go work with the woman, getting her to a point of calm and clarity through a Three Breath’s Micropractice, so that the attorneys could proceed. She has also employed these trainings for clients as a part of reasonable accommodations and settlement agreements.

“You can’t give your best legal advice if the clients are too upset to give you their attention or testify as to what happened to them,” she explained, adding that healing people helps heal institutions and advance the cause of justice. “Our systems are only as equitable, just, and effective as the people operating within them.”

There is such an important connection between good mental health and quality lawyering that Katie has focused her next academic degree on the subject area. In pursuit of her doctorate in public policy and administration, Katie is doing her dissertation on The Efficacy of Mindfulness-Based Interventions in Attorneys and how that can lead to positive systemic change.

CHANGES CAN BE IMPROVEMENTS

Lawyers are a logic-minded group, often wary of something they might view as New Age trendiness. But Katie knows how to strategically weave in nuggets of “let me tell you why this will work.” At her first in-person training event since the pandemic shut everything down, Katie said a judge came up to her following the event and told her how surprised he was at the practical helpfulness of the presentation. Katie said he told her that the information and tips were really going to help in court with a variety of situations, including how to help hyperventilating witnesses testify in a particularly difficult case he was overseeing at the time.

The pandemic has presented a mixed bag of situations. Job losses resulted in many people being unable to pay their rent, bringing about government protections against evictions. This increased the workload for organizations. Katie agreed to pitch in and help litigate eviction moratorium cases for a short time. Turns out it wasn’t so short. “A 30-day job turned into two years,” she explained. During that time, Katie and her team helped thousands of people. “When you help a client, you aren’t just helping them – you’re touching the lives of everyone around them in ways you may never see.”

Other changes – even improvements – were brought about by the pandemic. With in-person proceedings shut down, the courts turned to virtual means of getting work done. What they discovered next was a game-changer. With such a big geographic area to cover, Katie’s appointments were necessarily limited by time spent in travel. With that travel eliminated, Katie found she could get from one side of her territory to the other in seconds by the push of a computer button instead of hours on the road. Although in-person proceedings have their advantages, the efficiencies courts learned during the pandemic are likely here to stay, she said. 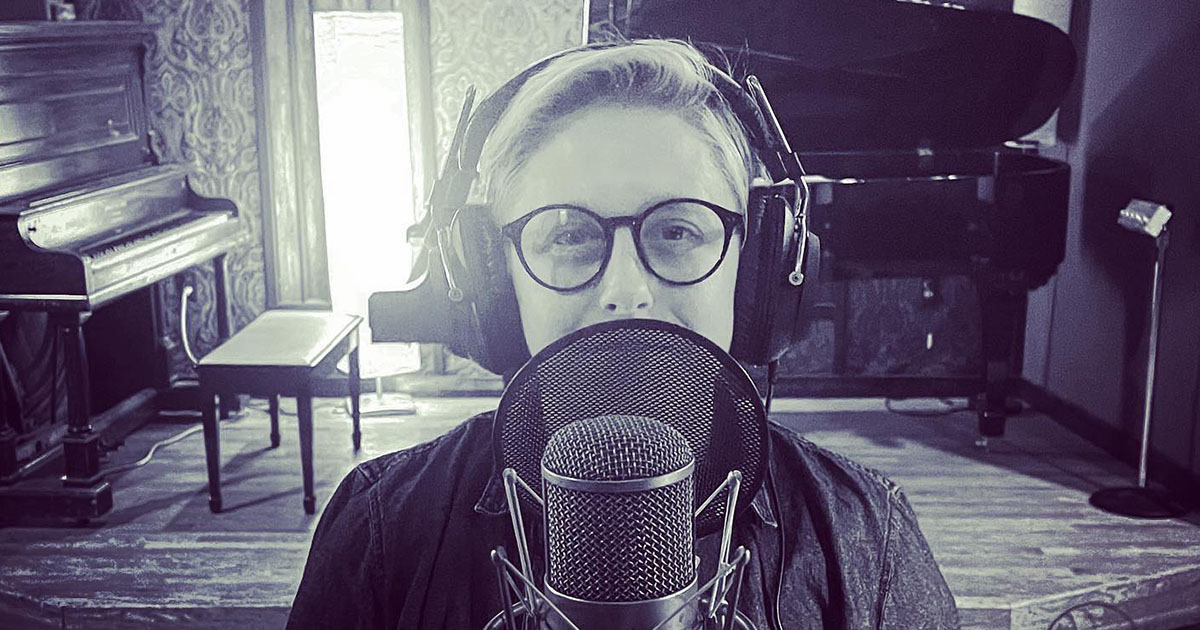 As if she doesn’t wear enough hats with her legal work and helping lawyers, Katie also wears a performer’s cap. She is a singer/songwriter specializing in folk music, and has spent time on tour. She comes from a music-oriented family. Her grandmother owned a music store, her mom taught piano and her dad taught guitar. Katie began writing songs at an early age. Music has always been a big part of her life and also helped her get through times of stress, she said. 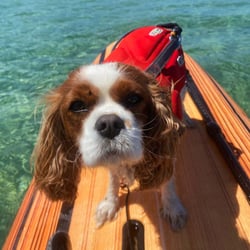 She is a board member for Flint Local 432 All Ages Performing Arts Venue and is a Girls Rock Flint Instructor. When she’s not lawyering, Katie enjoys time with her two King Charles Cavalier Spaniels, Bader, named for the late Supreme Court Justice Ruth Bader Ginsburg, and Sam, named for one of Katie’s favorite singers, Sam Cooke. Bader can often be found – lifejacket firmly in place – paddle boarding with Katie, while Sam is mostly a committed land-only lapdog who waits patiently for his two buddies to get back from their trips.

Up next for Katie are further adventures in both the legal field aspects of her life and in the creative arena. In March, she will present again on her fair housing web application, this time for TechBridge’s National Social Justice Summit in Atlanta, Georgia. She also looks forward to her full length album coming out in the spring or summer, as well as working toward completion of her dissertation.

WMU-Cooley Law School 2005 graduate Janelle Benjamin is the founder and CEO of the company All...
Read More