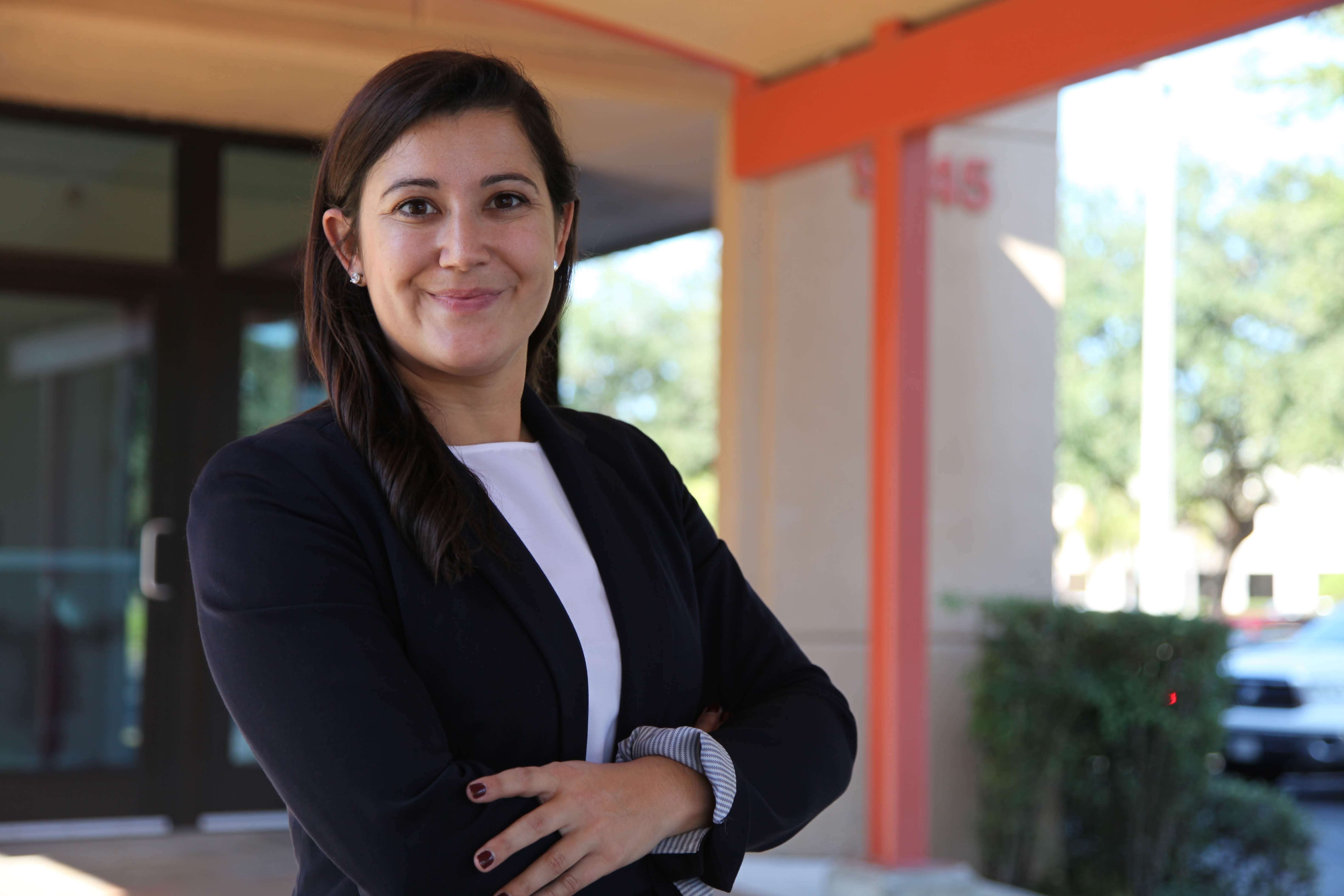 Laura Bare takes her job seriously as one of WMU-Cooley Law School's associate directors in the law school's career and professional development office, but she's the first to say that getting to know the students is the best part of what she does each day.

"I love knowing that I am helping students on their way to a fantastic career," declared Bare. "But it always surprises me how compelling the stories are behind each of our students. It's incredible to hear their journey to law school. I know they each have so much to contribute to the world."

Bare works closest with the students at WMU-Cooley's Tampa Bay campus, the location she calls home. She is called to assist the Florida students in finding positions, whether that be locally, nationally, or around the world. Many first jobs, according to Bare, are landed through a student's externship or clinical experience during law school.

"I have noticed that a lot of our students get their first job from externships," observed Bare. "That's why I like to have students do plenty of research to figure out what kind of firm or organization they would like to work for before they ever start to apply. I want them to have a passion for their externship, in the same way they might a career.

"What their externship supervisor usually finds is that our students are driven, hard workers, and they do very well, then they turn into employees because they now have made themselves in-disposable. Supervisors want to hire our students because they have had the opportunity to see their hard work and dedication."

Bare feels her role as career counselor fits perfectly with the law school's mission of practical legal scholarship. Every student at WMU-Cooley learns real-world practical skills alongside gaining actual legal experience with an attorney mentor. She also thinks networking can be a solid way to leverage a job offer.

"I can't stress enough the importance of networking and getting out there," stated Bare. "I remember the time one of our students, now a graduate of the law school, went to a networking event where she heard about a group who was leading an effort to feed the homeless. She decided she wanted to help. At the effort, our student found herself making peanut butter sandwiches next to another attorney. That attorney really liked her, and thought she was very intelligent. So much so that she offered her an externship! It's those kinds of connections that can launch a career!"

Bare starts working with students on day one of law school. During their first term she talks to incoming students about using their time in law school to really figure out where their passions and skills lie. She also tells them that you don't have to decide right away.

"It's always a good idea to explore what you think you want to do, but many students don't know," shared Bare. "I tell them that they don't have to know exactly kind of practice interests you, but you should have an idea about what you don't like to do. For example if you don’t like family law, don’t apply for post-graduation positions that are in family law because you already did an externship in that area and know it's not a path you want to follow.

She also tells students to try a variety of areas they think they might want to practice in so they can ultimately hone in on what they end up doing.

"A lot of times, if students have an interest in a certain area, I have them connect with an attorney that actually practices in that area. They can then figure out what they do on a daily basis, and see what a day-to-day routine looks like. They can see if the work is really like what they see on television or in the movies."

Many times students figure out that what they assume real life practice was like is not what they thought according to Bare. That 's why she encourages students to attend programs such as panels, job fairs and Tampa Bay's Lunch with a Lawyer program. These programs put on by the law school, allow for students to learn about a variety of practice areas and may open a path to something they may not have considered.

"Our students learn practice skills in and outside of the classroom," explained Bare. "I think it's truly a benefit that WMU-Cooley requires our students to have that experience before they graduate because many law students don't get that during law school. Those that do, come out with that practice-ready, positive confidence from actually working for a law firm or a state agency." 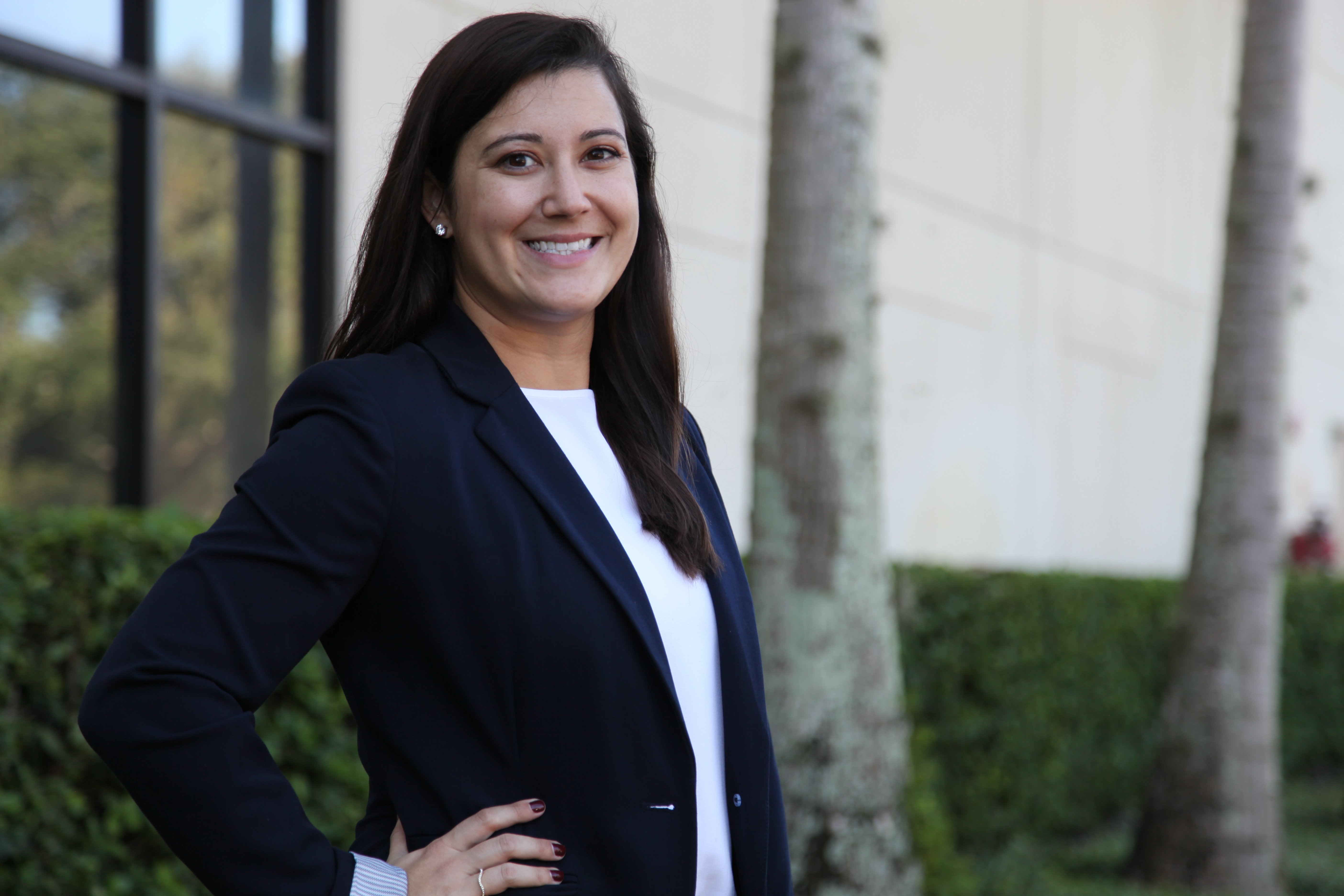 WMU-Cooley's Career Office uses an approach called systematic mentorship to make sure students are positioning themselves in a positive way along their career path.

"The first time a student meets an attorney, it is designed to be an informational meeting, a chance to find out what a day looks like for the attorney," explained Bare. "The second contact would be after the student's second semester in law school, and the student might have found Contracts class interesting, and to find out how the attorney might be able to help with that. By the time a student gets to his or her fifth or sixth term, he or she is looking for an externship, and that's when it helps to have a mentor already in place."

She adds that networking is included in the systematic approach used by the Career Office. Bare stresses that cold calls and applying blindly to jobs is not a winning strategy.

"Students benefit from networking because they are meeting the attorney face to face," states Bare. "The attorney can see how you are, that you’re personable and professional, and can consider from a personal meeting if he or she might want to hire you."

As much as students are sometimes intimidated by networking events, Bare says that it's something they need to learn how to do. They also need to set themselves apart, and show how they are unique and special.

"Once a student is at a networking event, they need to separate from any friends to capitalize on the opportunity. I think it’s important to make a goal," states Bare. "It can be an easy goal, like I will talk to two attorneys or I will talk to one judge. It doesn't need to be that you talk to 25 people. And it doesn't have to be about work. It can be anything. Talk about the football game. Nurturing soft skills like talking to people and having a goal in mind will help when you walk through the door to a networking event. "Bare believes that WMU-Cooley students have so much to offer employers by bringing their diverse previous experiences to the table.

"We have a lot of students who are veterinarians or doctors. We one had an insurance adjuster. They all have the ability to see things from so many angles. It's those kinds of experiences that give our attorneys and edge when they go to argue a case in the courtroom. Our diversity is vast and I know that law firms are looking for that. What we also bring to law firms is an attorney who is really determined, hardworking, and smart."

Laura Bare is originally from Pennsylvania, but was enticed to head south to seek warmer weather and big college football. She attended Florida State University for her undergrad and law school degrees. She learned to appreciate southern charm, from the brick streets to the moss on the trees. And quickly learned that Saturdays are for football in the South. According to Bare,"If you spend one winter in Florida, you'll never leave!"

The Real Truth About Law School

First, in the interest of full disclosure, I am an academic paid by way of student tuition...
Read More

WMU-Cooley Professor Gary Bauer considers his job an important one for those law students...
Read More

WMU-Cooley Professor Gary Bauer considers his job an important one for those law students...
Read More