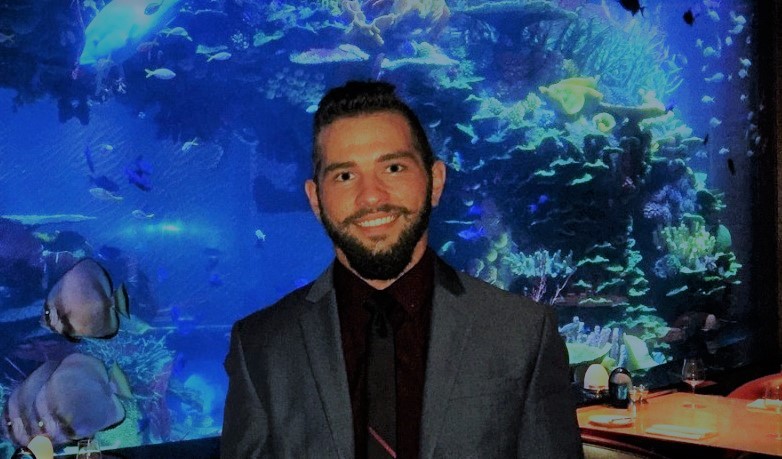 Dalton Dennis remembers early on that his father never made things easy. Whatever they did, his father wouldn't give him an answer. He wanted him to come up with that himself. It was frustrating, even infuriating for Dennis as a young boy and teenager. What he realized later was that was the best thing his father ever taught him - how to think on his feet and to answer his own questions. It's those exact lessons and skills that have put him at an advantage in life, including success in law school.

"I remember my dad teaching us to be observant and to understand the what and why of  something, and its purpose," stated Dennis. "He wanted me to think about why it existed and what I might do with that knowledge."

Dennis, now on track to earn his J.D. with honors in August 2020, spent his youth in Mt. Vernon, Ohio, for the most part, not really sure what he was going to do with his life. But there was one thing he did know. He truly enjoyed his law-related classes, especially being taught using the Socratic method, which both surprised and energized him. 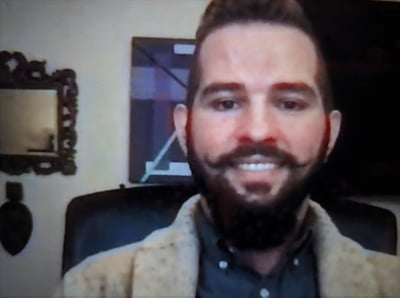 “It really set the tone for what to expect and what was expected of me. Professor (Jack) DeSario taught us really important fundamentals to the law that I used as a foundation when I went to law school. I’d say that was the biggest benefit,” Dennis said.

What Dennis realized was that the law was about thinking on your feet and being able to teach yourself. It didn't hurt though to have powerful mentors who challenged him in a growth mindset, like his father, then DeSario in undergrad and WMU-Cooley Professor Brendan Beery in law school.

"Dalton committed himself to taking advantage of every learning opportunity that presented itself," shared Professor Beery. "He is a leader among his colleagues, and his work as a teaching assistant has been rewarding both for the students he has helped and for him."

Despite a fair LSAT score, Dennis knew the numbers didn't truly reflect his abilities. Not by a long shot. He jumped out of the gate at WMU-Cooley Law School demonstrating to himself, his professors, and his fellow students that he had what it takes to be a lawyer.

“Being given that opportunity at WMU-Cooley to prove that I’m capable is life changing, and should be preserved,” Dennis noted.

Law school has also made Dennis realize that he loved learning about systems, any kind of system, whether it be a philosophical system, a legal system, or a system of learning.

"The thing I like more than anything is learning about systems. For instance, Socrates, Aristotle, and Karl Marx have all created systems for understanding the world; people’s motivations and how to manage those motivations and expectations," explained Dennis.

"A good system can be applied to things that are unforeseeable at the time of the creation, and those systems will still hold up. That can mean a system of learning too. You can break down learning into fundamental pieces to help people learn in a way to succeed, regardless of their upbringing and backgrounds. It's not enough to know just basic law; you need to understand that the facts are always different and it's a combination of logical reasoning and adaptation to come up with an answer inside a framework."

For Dennis, law school has been an extension of learning that has reinforced his upbringing, and what his father taught him, albeit in a less systematic way.

"Attending Professor Beery's Brain Training class showed me that there can be a system and process to learning. There's a start and an end. You can apply the system to every problem and get an answer that’s accurate."

Dennis likes to point to Albert Einstein in his way of thinking, which says that 'you don't have to be smarter than anybody else, you just need to stay with problems longer.'

That also means that you need to be willing to think long enough to come up with a solution. And you have to believe that you can figure it out too.

Now, as Dennis nears graduation, his focus has turned to graduating, passing the bar exam, and exploring career opportunities. He has been doing his externship with a family law and estate planning firm in the Tampa area, but remains open to all areas of the legal arena. Certainly one that is challenging and complicated, where a system can be applied to succeed.