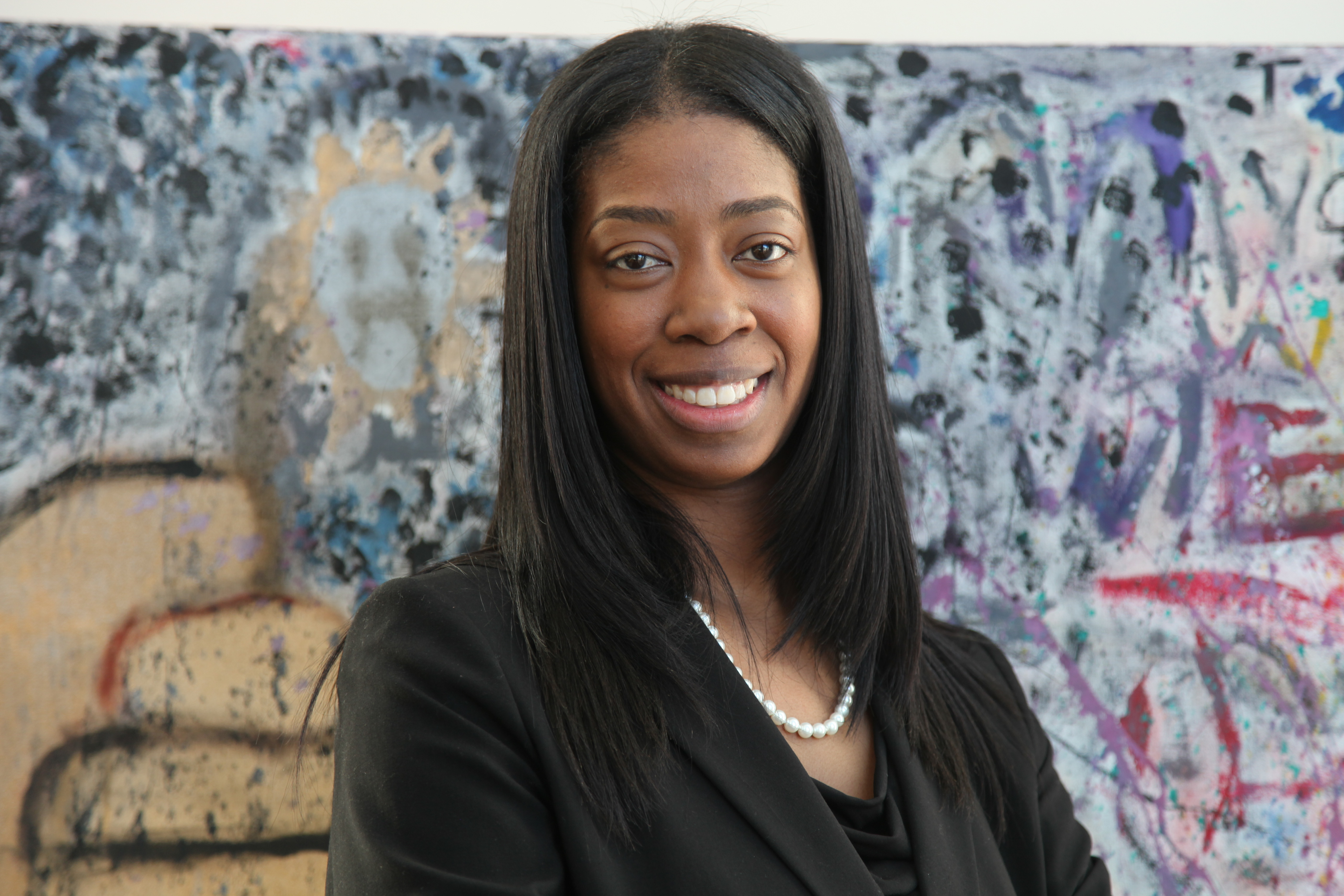 WMU-Cooley student Lanita Carter and her two sisters grew up in the Detroit area under the strong influence of her mother, their role model and inspiration. As a young girl of a single mom, Carter remembers always wanting to help the family. She wanted to make sure she was doing her part. So much so that she started working in the ninth grade.

"It wasn’t a mandatory thing,"stated Carter matter-factly. "I didn’t have to do it; I just  wanted to do it. Helping others has been deeply rooted in me. And I knew since I was a a little girl that I wanted to go to law school in order to help people in a meaningful way. It was the only thing I wanted to do."

"My mom passed away five years ago," reflected Carter, "and I still hear her voice telling me to keep moving and to continue to push. She was an excellent mom to all three of us. She only had a GED, never went to college, but she made it a point of putting all of us through school and college. Now we are doing great things. She was our inspiration."

Now in law school, Carter still listens to her mother's voice, inspiring her to go far, do great things, and serve others.

"It's funny," laughed Carter reminiscing about her mother, "Here I am in law school, and now when I see someone doing something wrong, I remember how my mom would respond - with such class and dignity. Not like you might respond. She just took it. Very elegant. Never out for revenge."

Carter learned some key life lessons and words of wisdom from her mother.

Those lessons have paid off tenfold says Carter. She's even had people pay for her groceries, only because she treated them the way "you’re supposed to treat them."

Helping others along the way

Every path Carter has walked down has led her closer to her goals. Two years ago, her path led her to WMU-Cooley, the only law school for which she applied.

"WMU-Cooley is the perfect law school for the working person, and for me. For instance, if you’re a mom, working two jobs, you can still come to law school on the weekends and get your law degree. If you’re a family man, and you’re working at the plant 12 hours a day, you can still fit in getting your law degree. The law school is known for working around students' schedules. You don't have to give up everything. That's what I loved, and still love, about Cooley."

Carter's acts of kindness started much earlier than law school though. In 2014, she established a real estate investment company called Diamond in the Rough. Her mission was to buy foreclosed homes in her community and "help folks stay in their homes," according to Carter. When clients' homes were subject to foreclosures, Carter would go out, buy their homes off the Wayne County Tax Auction, and give her clients a second chance to stay in their homes. That was just one initiative Carter was involved in to help others. She also volunteered at Keeping Them Alive and Ceasefire Detroit, prevention programs to keep kids out of gangs and from skipping school.

In law school Carter has continued down the road of social justice and helping others. She presently works for a nonprofit called Center for Community-Based Enterprise where she helps startups within the community get their business up and running, then converts it into a worker ownership business.

Carter also has kind words and praise for the help she herself has received the WMU-Cooley family.

"If you need help with something, everyone goes above and beyond," stated Carter. "I've gotten emails at midnight! You can tell they are all serious about you succeeding. They also want you prepared, from passing the bar exam to launching your legal career. Certainly you have to put in the effort, but the school is there to help, if you’re willing to work for it."

Mother of one wins crusader award

Having been in the workforce since 14, and now a mother herself, Carter is passing along her own legacy and aspirations to her two-year-old daughter.

This spring, Carter will be the first from WMU-Cooley awarded the Wolverine Bar Foundation's Damon J. Keith Scholarship. The Scholarship is based on merit and is awarded to law students that emulate the type of commitment to social equality and combating racism that has been demonstrated by Judge Keith throughout his career.

"I am so honored," said Carter, "Not only is Judge Keith the longest standing judge with 50 years on the federal court bench, he has been this inspirational crusader fighting racial injustice, social injustice, and social inequality his entire life. I can only aspire to bring those same qualities into my time at Cooley and in my legal career."

Sometimes you know exactly what you want to do as a career growing up, but most of the time you...
Read More

At 31, life has already been a roller coaster ride for Lindsey Messenger. Yet every single high and...
Read More