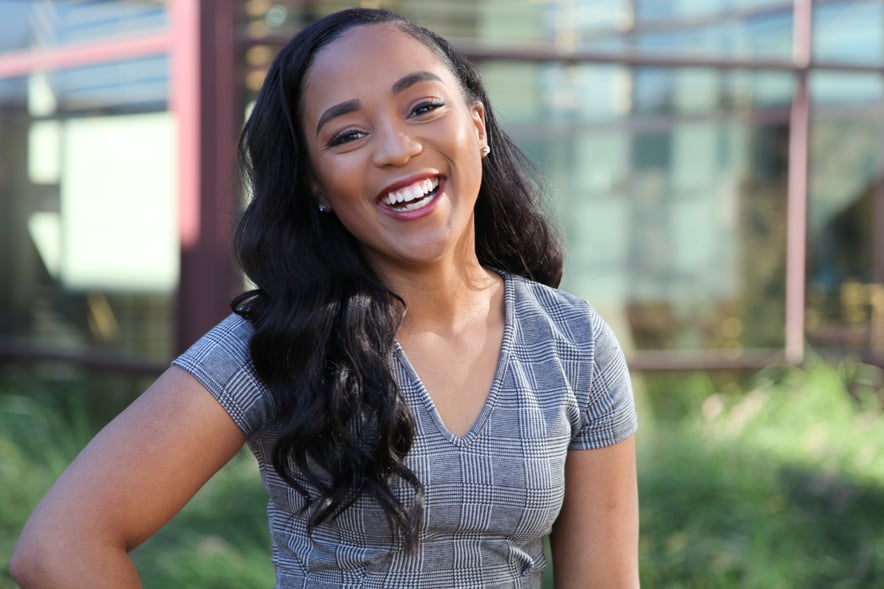 For some people, excelling in law school is enough to keep their plate full. For others–Kyona McGhee included–their plate is never full enough; so, they keep piling it on.

McGhee, 30, may have wondered why she was so lucky, but those who know her already-impressive track record wouldn’t wonder for a second. 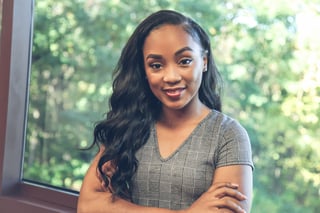 In 2012, McGhee founded Daughter of the King Royaltee, a Christian T-shirt company. With McGhee at the helm, the company is a success as a business and as a place for other aspiring entrepreneurs to be mentored about best practices for starting their own companies. In 2015, McGhee’s company was named Minority-Owned Business of the Year by the Flint and Genesee County Chamber of Commerce.

In addition to wearing hats as a small business owner and law school honor scholarship student, McGhee is interim executive director of WOW Outreach, an organization for social change in Flint and Genesee County. WOW Outreach works collaboratively with area partner companies and organizations to create a community with zero tolerance for violence.

Someone who has watched McGhee grow and strive toward her goals is Terry Carella, director of communications at WMU-Cooley Law School in Lansing. Carella has come to know McGhee as an example for others to emulate.

“Kyona is one of those rare young women whose enthusiasm and determination drive her and everyone around her,” said Carella. “I believe she was chosen for the Ms. JD Leadership Academy because she will take what she learned and share it. Kyona is a natural giver, so she will want to enrich others, not just keep it to herself.”

McGhee, 30, is also married and the mother of a young son and daughter who keep her grounded and directed toward her goals of becoming an attorney and helping others. How does she do it all and do it all well? It’s simple, said McGhee.

“Faith is key; believe you can and you will,” she said, adding she hopes to instill in her daughter the same strong will to give that has driven her and enabled her to excel. “I want my daughter to love God and have a heart to serve people who are of the greatest need: children, the poor, and the elderly.”