My Contracts students know how much I revere Justice Benjamin Cardozo (1870-1938). Teaching his opinion in Wood v. Lucy, Lady Duff-Gordon has been a particular delight. And I have blogged about him here and here.

In this era of hyper-partisan Supreme Court confirmation fights, the process of Cardozo’s elevation from the New York Court of Appeals to the U.S. Supreme Court presents a striking contrast.

Although called “America’s best-loved judge” and “the most distinguished jurist of our age,” Cardozo had three strikes against him for nomination to the Supreme Court. He was of the wrong political party, the wrong state, and the wrong religion.

Specifically, Cardozo was a Democrat with an established reputation as a liberal, whereas the President was a conservative Republican. Cardozo was from New York, yet the Court already had two New Yorkers and the President had expressed the feeling that three Justices from New York would be too many. And Cardozo was of Jewish heritage, but what was at the time considered the “Jewish seat” was already occupied.

Due to the enthusiastic support of academia and the bench and bar, however, Cardozo received the nomination. And was confirmed unanimously in just nine days. The New York Times said, “Seldom, if ever, in the history of the Court has an appointment been so universally commended.”

Cardozo received a nearly unanimous outpouring of support from major law schools. Petitions were sent to the President by the faculties of Chicago, Columbia, Illinois, Indiana, Pennsylvania, and Yale, and by the Dean of Harvard Law School. 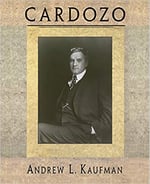 In terms of judicial stature, perhaps Cardozo’s nearest competitor for the vacancy was U.S. Court of Appeals Judge Learned Hand. Hand said of his rival: “His wisdom, his learning, his penetration, his outlook, and, above all, the purity and elevation of his character, set him in a class apart.”

Cardozo’s most influential supporter was Republican Senator William Borah of Idaho. The President showed Sen. Borah a list of potential nominees to replace Holmes, in descending order of preference. Cardozo’s name was at the bottom. Borah responded, “Your list is alright, but you handed it to me upside down.”

Justice Oliver Wendell Holmes was 90 years old when he resigned from the Court January 12, 1932. That particular vacancy may have influenced the selection of his successor. Justice Holmes had come to occupy a unique position in American law. Only Cardozo had a judicial reputation approaching that of Holmes. 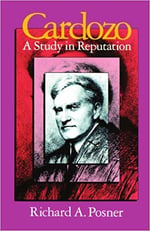 After a brief hearing, the nominee was unanimously approved by the Senate Judiciary Committee February 20. On February 24 the Senate confirmed Cardozo’s appointment by unanimous voice vote, without debate. It is reported that the Senate floor process took 10 seconds. Cardozo was administered the oath of office March 14. He became the second bachelor on the Court at the time and, some say, its first Hispanic.

Cardozo’s appointment has been called “one of the few Supreme Court appointments in history that was not motivated by partisanship, but strictly based on the nominee’s contribution to law.” Hoover’s appointment of Cardozo was also hailed at the time as “the finest act of his career as President.”

Are we likely to see another Cardozo-style swift, harmonious confirmation? No, probably not. The times were different, and the nominee was in a league apart. Some of today’s historians have branded Hoover’s search only for craftsmanship and scholarship in the selection process—ignoring the ideological function of the Court—as “naïve” and even “deluded.”

Still, it’s instructive to recall how the process can function, free of partisan wrangling, when the stars are aligned just right.

Sources. In addition to the linked sources, I have relied on Professor Andrew Kaufman’s biography Cardozo (Harvard University Press, 1998) and Judge Richard Posner’s book Cardozo, A Study in Reputation (University of Chicago Press, 1990).

Not a Fan of the Courtroom? 7 Alternative Ways to Use a J.D. Degree

While perhaps the most well-known path after law school is taking the bar exam and becoming a...
Read More