McDonald Pierangeli Macfarlane law firm is making its mark on the west Michigan community, offering, as they would say, a "small firm feel," with a "big firm experience." That's what WMU-Cooley graduate Jonathan Paasch liked about the firm when he first joined. It's the same feeling and experience he likes to say he had in law school. Yet Paasch didn't always want to be an attorney.

"I never thought that I had the ability to become a lawyer," recalled Paasch. "I wanted to be a police officer. I even remember drawing a picture of me in a police uniform in kindergarten, and I grew up planning to doing that. After high school, I made it through the police academy and graduated in 2001. I started working with lots of area agencies and the local sheriff’s department, and thought this was going to be my career; all signs pointed that way."

Then Paasch suffered a back injury that had him seriously questioning his future in law enforcement.

"It was one of those moments when you start to think, 'Man, can I really push a cruiser for another 20 years, or do I need to find something else?'" 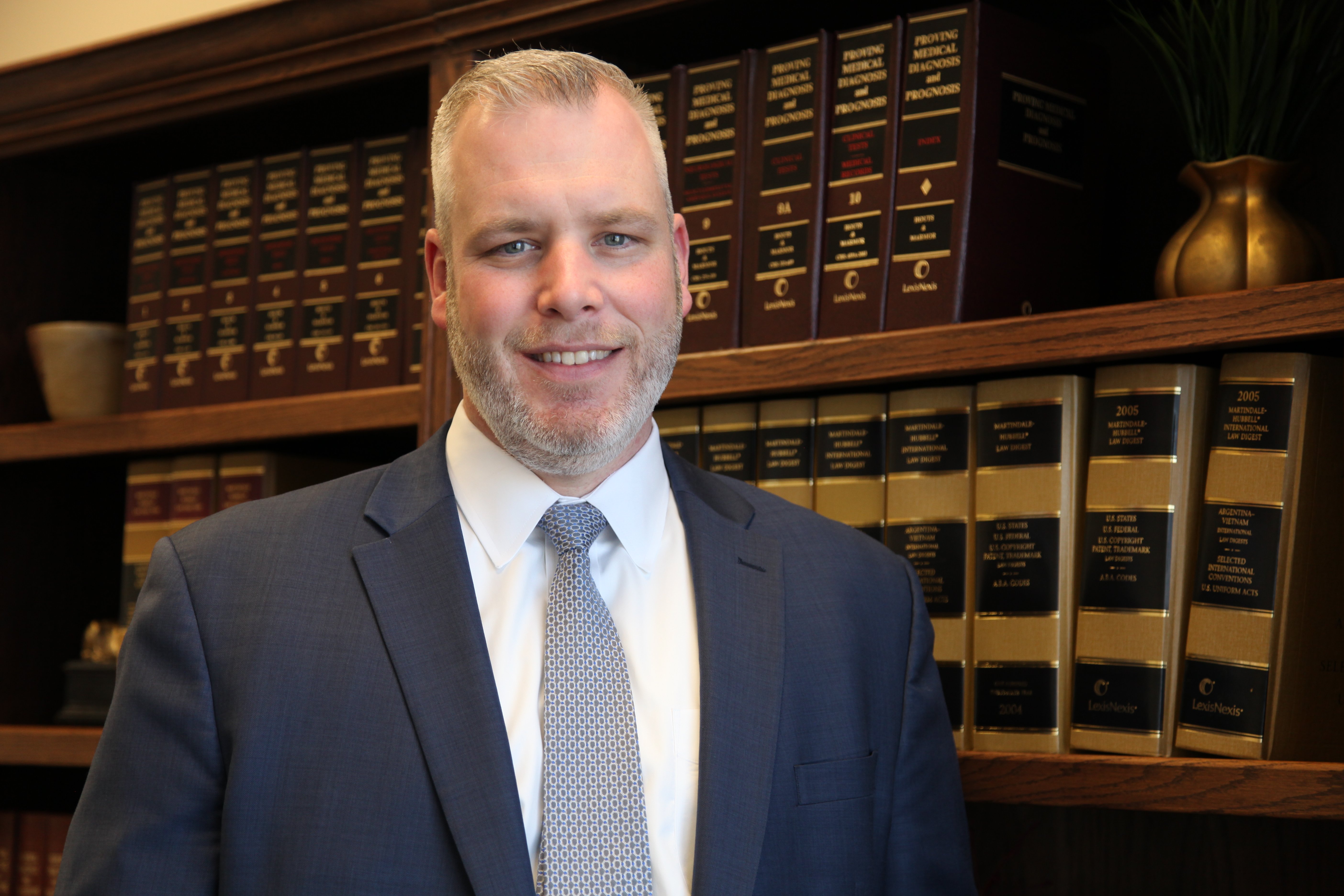 His answer was "probably not." Looking at all angles, Paasch kept coming back to the fact that he loved the idea of a legal career. In fact, it was the aspect of law enforcement that excited him the most.

From there, it was only a matter of making sure his wife, Kate, embraced the idea, and finding the right law school; a law school that understood that he still worked full-time. That understanding atmosphere was even more important when Paasch found out during law school that he was going to be a father, which was a "bit of a surprise!" 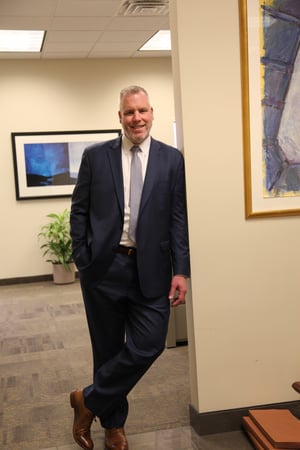 The tour and people at WMU-Cooley ultimately gave him the support and confidence he needed to push his career reset button.

"I went for a tour at WMU-Cooley and had a great liaison to show me around and explain the flexible options and explain how it really was possible to be a working adult and complete the law program," shared Paasch. "I even reached out to one of the many police officers who have gone to WMU-Cooley and they said I could do it. One of them did the weekend program when he was a detective. So it pushed me to finish the program faster. I was able to graduate in a little over two years, and was hired right away. It truly was an evolving dream for me."

One lesson Paasch learned in law school that he follows to this day is to never put things off.

"Dean (Nelson) Miller gave me the best advice when I started law school. He knew I was busy, and he told me that the way to succeed is through being intentional and deliberate about your job and studying. I learned to follow a regimen so my assignment got done in a timely manner. I knew I couldn't put it off, because when you let yourself get behind you are always behind. That regimen translates into your career. As a litigator, the work can be very hectic. The training I received from WMU-Cooley, and those study habits have cemented successful work habits I can use throughout life."

One of the biggest things Paasch notices now in his legal career is the idea that people want attorneys who they can relate to. They want counselors who are in many ways "just like them." Someone who can truly understand their problems and concerns. 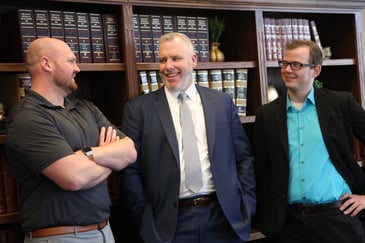 "Many of our clients have had the same walks of life that we have had. For instance, because I used to work construction and was a police officer, many of my clients feel comfortable sitting down and telling me their problems and concerns. And because I know about what they tell me, we are able to easily work through those problems."

That real-life attorney essence, according to Paasch, is what he says his alma mater is all about. "A real-life law school for real-life people, where you will learn those practical skills that allow you to succeed in the practice of law."

"It goes back to teaching more than just the theory of law, but teaching the practical side of law and how it applies to people’s lives. You will better understand how you can use the law as a tool to resolve issues and conflicts. That's why a WMU-Cooley education is so relevant today and sought out by those in our communities. Our clients are talking to somebody that they see during their day, and that person happens to be a lawyer, versus someone who lives in a big office in an ivory tower somewhere."