In-between the Facebook Moments: Learning to Appreciate the Rain in Paradise

I was walking to the bus one morning around 7:30 a.m., and could hear the birds, feel the breeze, and see the plants. I felt completely connected to my surroundings. 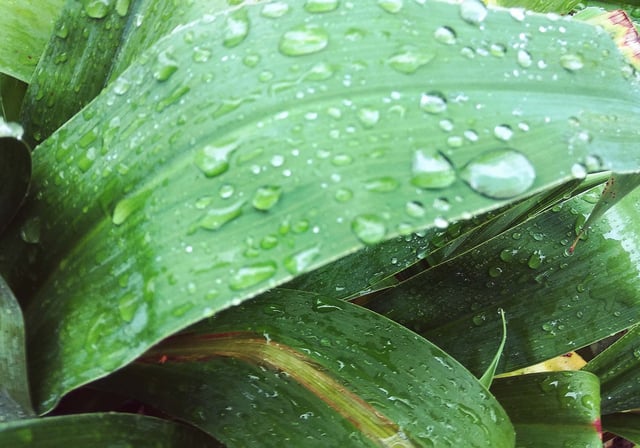 When traveling, we think the only good days are the sunny ones. The ones where the water sparkles a sapphire blue and the sun is brighter than you could imagine in January at home. And those days are wonderful and plentiful in the paradise island country of New Zealand. But the grey days can be even more amazing.

One day, it was lightly raining as I walked up the campus hill to the law building. I realized that with the rain came many wondrous things:

I knew that somewhere in the mountains, the waterfalls would be a little more dramatic.

I knew that elsewhere in the city, the Mighty Waikato River would be flowing faster.

The swallows would be plunging and diving in the evening.

The mist, which was thick and lush, would lift and the mountains would suddenly appear.

And sometime in the next couple of days, Koru (new fern fronds) would unfurl and burst into life.

In New Zealand, the Koru represents new life, growth, and new beginnings. And in life, the Koru spring open often and everywhere. When you learn to see them, you feel hope and peace.

Such is New Zealand – this wondrous place of constantly new beginnings, and of people who can appreciate the magnificence of the small things in life. The little fantail bird, which looks so modest as it sits on the branch, but so glorious when it unfurls its tail into a tall, beautiful, fan-a moment you can almost never capture on film. So, we just store it in that hard drive we call a brain and remember it forever.

For my students and I, we are leaving the Land of the Long White Cloud – Aotearoa New Zealand, with a bit of sadness for the good-bye and a lot of gratitude for the experience.

WMU-Cooley Law School Professor Kimberly E. O’Leary is directing the law school’s Study Abroad program in New Zealand and Australia. She and her students are sharing their experiences during their study abroad experience down under.