Gadiel Espinoza: Don't give up - no matter what life throws at you.

WMU-Cooley graduate Gadiel Espinoza can't say life has been easy, but will tell you, unequivocally, that there is no obstacle or barrier that can stand in his way of finding success. 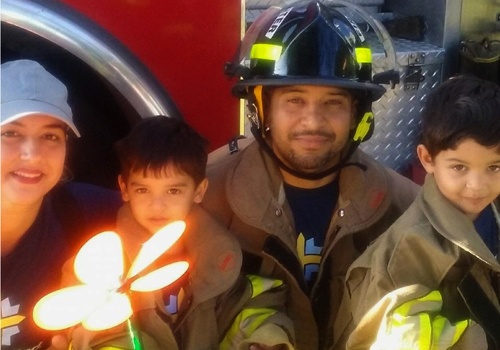 In 1999, after Espinoza graduated from high school, he enlisted in the U.S. Army and spent five years serving our country as a Military Policeman. While in the military, he was stationed in the United States and South Korea, along with a tour in the Middle East, post 9/11.

After he completed his term of military service, Espinoza returned to civilian life in 2004 to help his father in the family construction business. He worked full-time while attending Hillsborough Community College, in Tampa, Florida, part-time, finishing his Associate's Degree in 2007.

Espinoza's family was dealt another blow during the 2008 financial crisis. Like so many people at that time, especially in Florida, the family found themselves faced with foreclosure and bankruptcy. They ultimately lost both their home and business.

Feelings of helplessness and hopelessness put a shadow over the entire family, but all was not lost according to Espinoza.

"I remember feeling paralyzed," recalled Espinoza. "I really didn't know what to do or how to help. But that ended up being the turning point for me. I decided then that I wanted to go to law school. I wanted to help people like my parents."

Now with the goal of getting a law degree as his guide, Espinoza pushed forward with gusto, completing his Bachelor's Degree in 2008 from the University of South Florida. Then in 2009, he took the LSAT until he had a score high enough to get him a chance at law school. WMU-Cooley Law School gave him that chance Spring of 2011.

In the summer of 2010, Espinoza and his wife of three years, Michelle, moved with all their belongings from Miami to WMU-Cooley Law School in Lansing, Michigan. The "literal" road to law school was quite an adventure for the two, as they looked ahead to law school and a new life. Despite not having yet lined up work, Espinoza quickly found a job in Lansing as an executive assistant for a real estate association.

Espinoza arranged to start law school classes in January 2011, which allowed the couple time to settle into their life in Lansing, plus gave Espinoza time to finish an MBA program through Nova Southeastern University, which he did remotely.

"Looking back, I don't know how we did it," interjected Espinoza. "I was working full-time, finishing an MBA full-time, attending full-time law school; all while trying to keep my relationship with my wife alive."

Espinoza and his wife managed though, and even embraced their son, Liam, who was born half way through law school.

That's not to say it was easy. Far from it. In fact, it was probably the hardest thing Espinoza has ever done. He could easily say that things suffered, including his grades, his health, and his relationships.

He missed his family back in Florida, including not being able to be there for his father's triple bypass heart surgery.

So, on Friday, April 19, 2013, the same day as his final exam in law school, Espinoza and his young family drove for 24 hours to get back to Miami, Florida.

"We decided that we needed to be with family," asserted Espinoza. "That was the most important thing. We wanted to make sure our son would know and spend time with his grandparents."

After returning to Miami and settling back into their home community, Espinoza, enjoyed being with family. He also started working for a local contractor, then for a local hospice organization, while he studied for the bar exam. Taking the bar exam proved to be more than just a test of legal knowledge for Espinoza. It ultimately was a test of his resolve and commitment. Espinoza did ultimately pass the bar exam, despite setbacks. It was then that he started thinking about his career and what he wanted to do at that point.

"It was what a family member of one of our hospice patients said that really resonated for me," said Espinoza. "I remember talking to Julio, who was in his 50s, for about six hours one day. He spoke to me like he was my father, even though he had no children. He told me that a law degree is a gift and that I should do something meaningful with it, and do it before I turn 40. I was 34 at the time."

That did it. Espinoza was inspired. Those feelings he had while in law school rushed back and he knew he was meant to start his own law firm. He worked from his home for a short time, then slowly, but surely worked toward opening his own firm.

In 2018, Espinoza was able to open his own professional law office. It gave him a real sense of purpose and accomplishment. He didn't need to work elsewhere for the paycheck.

Espinoza's path was a hard one, but he realized it was a path of learning he needed to take.

"You need to take the leap if you want to grow, personally and professionally," proclaimed Espinoza. "Being uncomfortable drives you to take action, or to build your client base. I learned how important it is to network. I feel confident and I know I will succeed. My advice to anyone is 'Don't give up - no matter what life throws at you. Have faith in yourself and you will succeed.'" 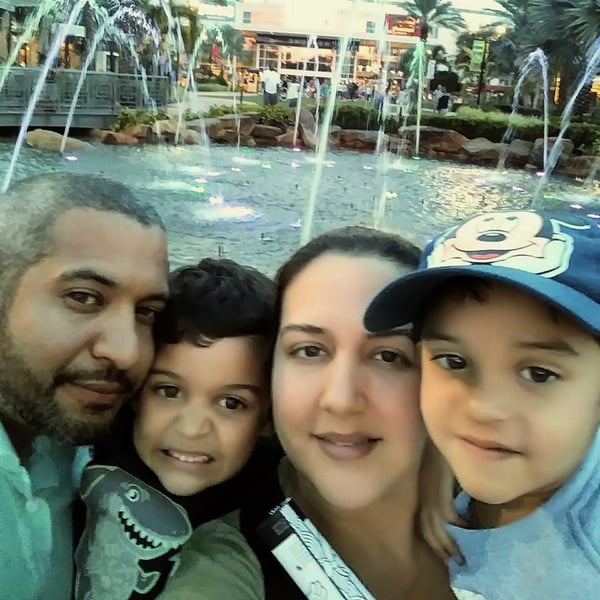