Fill the Room with Your Intelligence 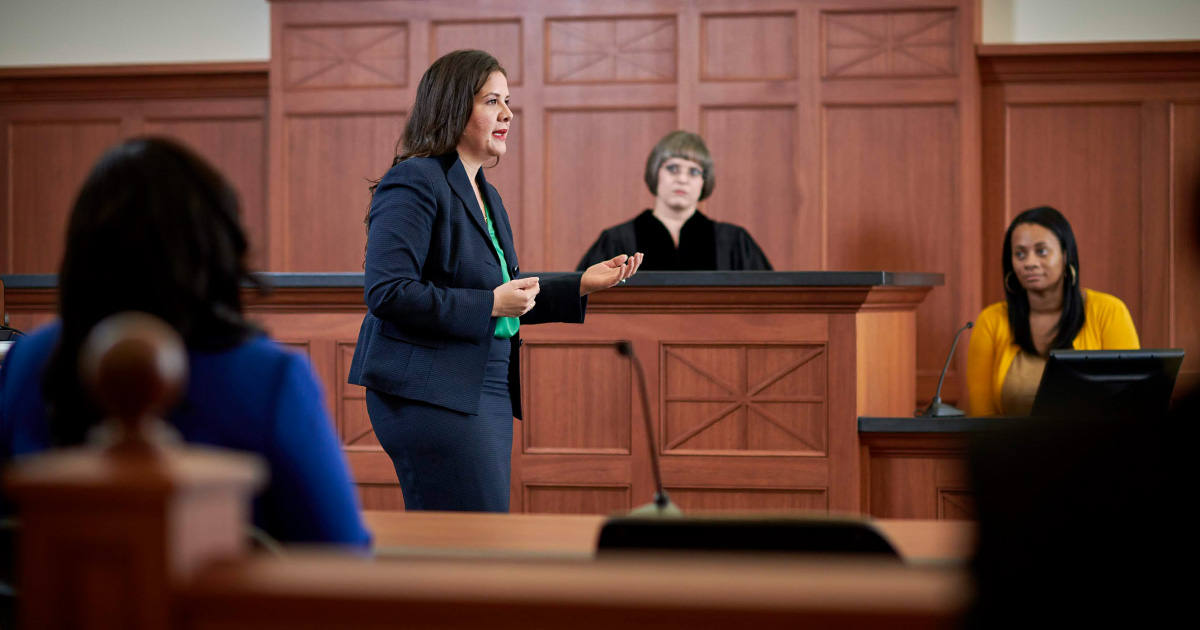 No citation of authority is necessary to establish that many beginning law students fear the Socratic method of teaching above all else. One reason is their dislike of having to stand in a room full of strangers while responding to their professor’s questions. Yet standing to recite has several benefits.

One benefit is cognitive. A study at the University of Southern California, reported in the Chicago Tribune, found that “postural activation” (standing up) helps people think more clearly and quickly. Another, at Arizona State University, established that standing “improves attention, memory and other cognitive skills,” according to a report in the New York Times.

A second benefit is auditory. In a typically large first-year classroom, a student is more likely to be heard if standing. In the movie The Paper Chase, Professor Kingsfield had this objective in mind when he admonished student James Hart to stand. “Mr. Hart, you are not speaking loud enough… Will you stand? … Fill the room with your intelligence.”

To those who fear that their answers will reflect ignorance rather than intelligence, let me adapt a saying attributed to William Strunk: If you are unsure of your answer, state it loudly. Don’t compound uncertainty with timidity. This is your opportunity to shine. Own the room.

A third benefit is preparatory. Lawyers are expected to stand when addressing a judge or jury. Law students should become accustomed to the practice long before entering the courtroom for the first time. Exhibit A is this exchange from the movie My Cousin Vinny:

Judge Haller: Don’t talk to me in that chair.

Vinny: But he [points to bailiff] told me to sit here.

Judge Haller: When you’re addressed in this court, you’ll rise. Speak to me in a clear, intelligent voice.

Know, too, that students who are questioned in class outperform those who are not, according to an article in the Hofstra Law Review.

So when called on in class, students should rejoice, put aside their fear, and rise to greatness.  (Or, at least, try not to faint.)

WMU-Cooley Distinguished Emeritus Professor Otto Stockmeyer taught Contracts to first-year law students from 1977 until his retirement in 2014. He offers reasons for requiring students to stand when reciting in class. This blog post expands upon a point made in his recent article Reflections on Teaching the First Day of Contracts Class, published in Michigan Academician. Professor Stockmeyer's blog has been reposted under the title New Perspectives on an Old Technique on TeachLawBetter.com

It’s that time of year. October 31st is hiding around the corner. Halloween and haunted houses....
Read More