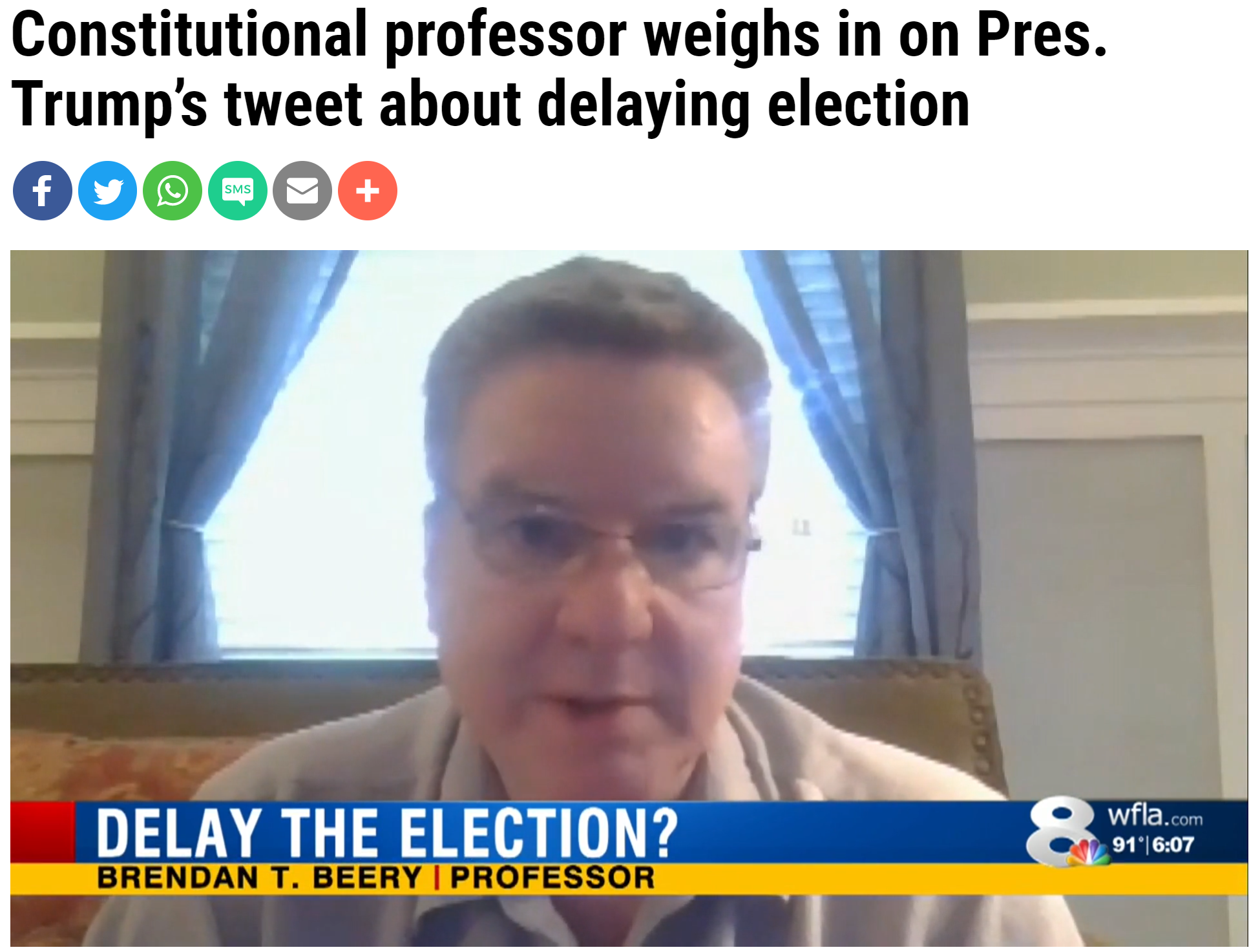 Does the President Have the Legal Right to Delay an Election?

The following July 30, 2020 News 8 story called Constitutional professor weighs in on Pres. Trump’s tweet about delaying election by Ryan Hughes features Constitutional Law expert and WMU-Cooley Professor Brendan Beery. The short answer is no. Get the longer story below.

“With Universal Mail-In Voting (not Absentee Voting, which is good), 2020 will be the most INACCURATE & FRAUDULENT Election in history,” the president posted.

“Delay the election until people can properly, securely and safely vote???” the tweet asked.

On Your Side turned to Brendan T. Beery, a professor at Western Michigan University Cooley Law School.

“It’s a very fundamental misunderstanding on how our republic is supposed to work,” Beery said.

He explained that only the U.S. Congress has the power to change the date of a presidential election; the president has no authority.

“Elections were carried out on schedule during the Civil War, during World War II, so realizing this is a public health emergency probably unlike anything in our lifetimes we’ve ever seen, nonetheless there would be no precedent at all for changing the dates of a presidential election,” he said.