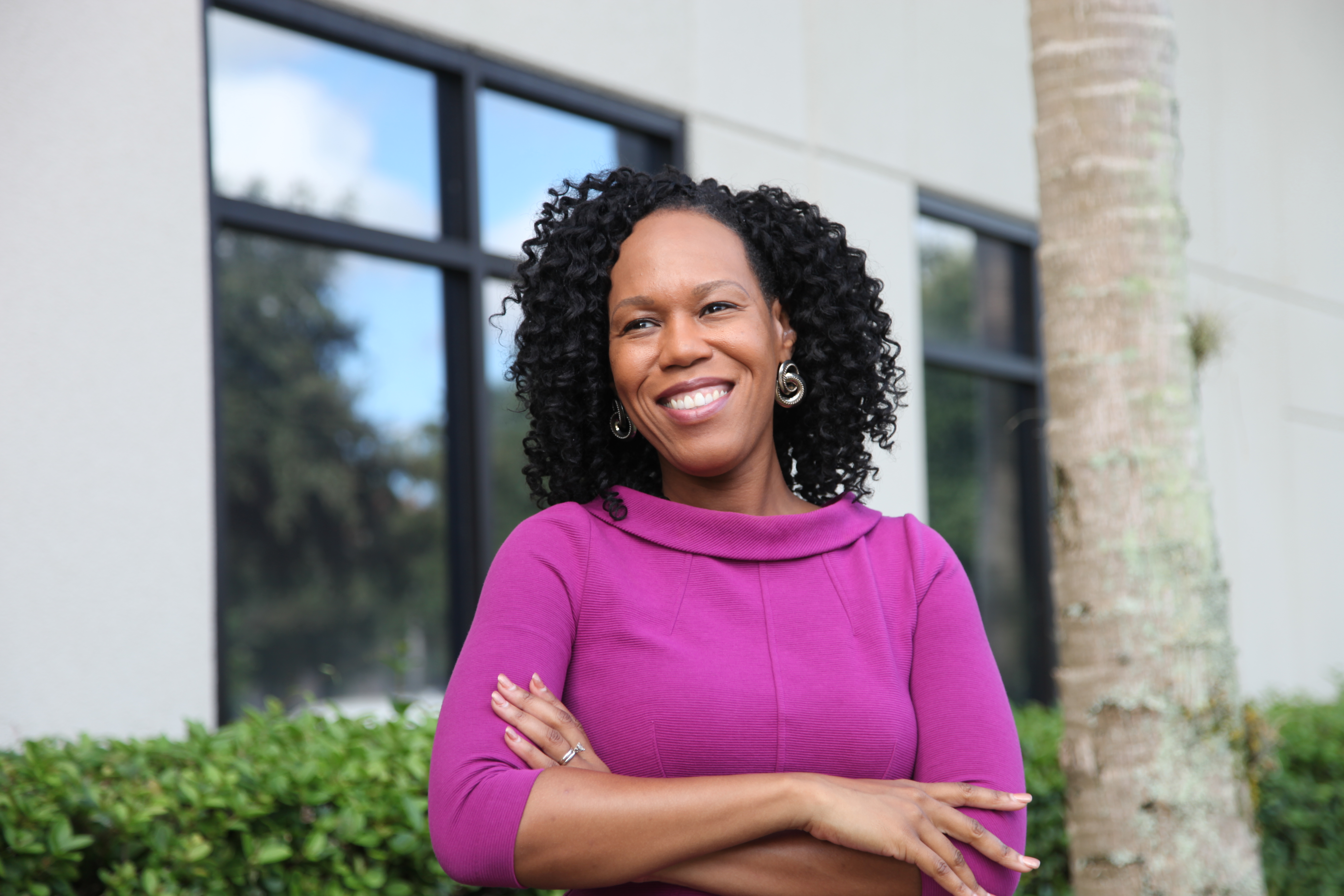 Diversity programs near and dear to WMU-Cooley Professor Joseline Hardrick

Even at nine years old, Joseline Hardrick knew she wanted to be a lawyer. She remembers being glued to the TV watching Matlock and Perry Mason with her mother. She loved to watch the attorneys, and all the courtroom drama, especially the parts where they were cross-examining people. Her mother was thrilled. Hardrick recalls her mother making sure to tell anyone who would listen that her "baby's going to be a lawyer."

"What’s interesting," smiled Hardrick wryly, "is I am watching two older white men on TV do this work, and it didn't occur to me that being a young black woman might be a barrier, or prevent me in any way to realize my dream."

Hardrick's parents, born in Haiti, immigrated to the United States to make a better life for the family. They knew, despite having a family member who was a lawyer in Haiti and South Africa, that the obstacles were real. One of the ways Hardrick positioned herself for success was by participating in a lot of pipeline programs that were designed for people who traditionally didn't graduate from college or law school.

"It makes all the difference to see and hear individuals who look like me who have made it," declared Hardrick. "They would come and speak to us and encourage us to pursue our dreams. I believed them. It's because of these inspired programs and people that I decided I wanted to create or participate in one myself, once I was in a position to do so."

After law school, Hardrick got busy. She started working for a law firm in Tampa, then as a judicial law clerk for two federal law judges. She also participated in several pipeline programs, including the American Bar Association's Council on Legal Education Opportunity (CLEO, Inc.) and the Hillsborough County Bar Association Bar Leadership Institute (BLI).

It was through her work experience in the courtroom and boardroom that she noticed a gap. Many of the people she was most impressed with, of all colors and backgrounds, were rarely represented. That was when she decided it was time to start her own program called Journey to Esquire: Scholarship & Leadership Program.

The first year, Hardrick partnered with the local bar association, George Edgecomb Bar Association, a primarily African American Bar Association in Tampa Bay which has been around for nearly 40 years. Two financial scholarships were discussed, but it ended up being five deserving law students were awarded, along with a leadership development opportunity.

The leadership development program included sessions like how to study for the bar exam and how to improve legal writing using practical writing skills. The conference highlighted "power skills," which can be anything from networking and building relationships to showing students how to give back to their communities in ways that are beneficial and impactful. Wellness was another hot topic.

"Lawyer wellness is big in the legal community now," continued Hardrick. "It took a while for the legal community to realize how behind lawyers were in taking care of themselves physically, mentally and emotionally. It's really taken its toll. We are losing great legal minds when there is too much suffering associated with the work. I saw a great quote; 'If you don’t take time for your wellness, you will be forced to make time for your illness.' That says everything to me."

BREAKING OUT OF COMFORT ZONE

Hardrick could not have been more pleased with the launch of the pilot program. Law students did more than just attend the seminar, they participated, and gave speeches.

"We had several students who really came out of their comfort zones," asserted Hardrick. "They had to do a presentation at the end of the program to share what they learned. Some of those presentations moved the members in the audience to tears. Two students wrote letters to loved ones who had passed away. They wanted them to know that their dreams were being achieved."

Since its start, the program has expanded its reach. It now receives sponsorships from the Middle District of Florida Bar Bench Fund, St. Petersburg Bar Association, and WMU-Cooley Law School. The program supports a Bar Review Club and assists elementary schools students with reading skills. In addition, Hardrick plans to do a podcast called the Journey to Esquire where she will interview lawyers about their journey to becoming a lawyer. 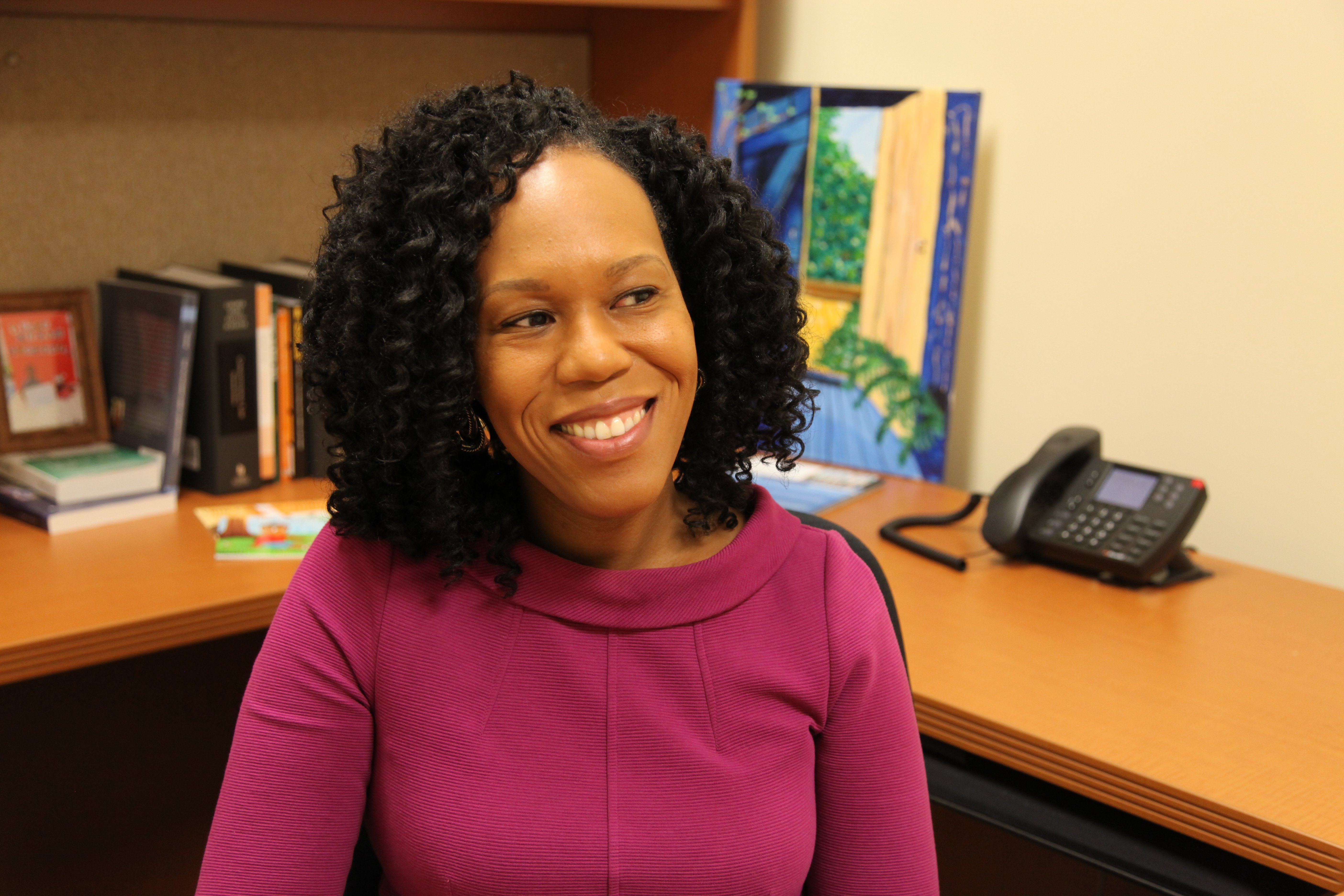 Hardrick's love for the law and for law students quickly converged when a faculty position came available at WMU-Cooley Law School.

"I actually worked with law students from WMU-Cooley in my program," shared Hardrick. "I mentored them, and two or three of them were in the program last year. Tampa Bay Associate Dean Dan Matthews had heard about the program, and attended one of my presentations."

It wasn't long after that meeting that she accepted a teaching position with WMU-Cooley. Hardrick started fall 2019 at the law school's Tampa Bay campus.

"I thought this was such a good match and great opportunity," declared Hardrick. "I love the law school's mission of access. It's wonderful to see the diversity in the law school, even veterans who served, and worked, and had lives before law school. I remember meeting a woman who decided at 50 that she wanted to make law her second or third career. Why not? She always wanted to be a lawyer, and I believe it's never too late to go after your dream."

She also likes that WMU-Cooley offers rolling admissions, with classes starting three times a year and options she says can fit most people's schedules, if they have the desire and are willing to make the commitment.

"I've seen it happen. People are not able to go because of timing or their schedule. Simple things like that can be a barrier to many. The fact that WMU-Cooley Law School is one of the most diverse law schools in the nation is really important to me, and makes this opportunity such a great fit."

Hardrick is not one to sit idle. Given all that is on her plate, she does make sure to make time for her husband, George Hardrick, a military veteran working for the Department of Veteran Affairs, and their 5-year-old son, little George.

It wasn't something she was thinking about at the time, but she started noticing that two lawyer friends of hers were writing children's books.

"When I was younger, I thought about writing children’s books, and even took a course on it," explained Hardrick. "So it's an interesting thing when you see your friends doing great things, then you suddenly realize that you can do this too."

One friend is a local Tampa attorney, Monica Williams-Harris, who wrote a book about her experience adopting a child. The other friend is from college, Deanna Singh, who published the books, I Am A Boy of Color and I Am A Girl of Color.

"I heard Deanna speak, and it was a statistic she shared that propelled me into writing children's books," said Hardrick. "She told the audience that you can find more books about inanimate objects than you can find books about children of color. That was my cue. The message I needed to hear to do this. First, there isn't a lot of competition on the shelves to fill this gap, and, second, every child loves to open up a book and see themselves in the book. They want to see other people who look like the people in their lives."

Hardrick was once an elementary teacher. One thing she found, even in her toughest class, was that reading out loud to children is magical. It's the one time they all would sit and listen.

Hardrick immediately wanted to write about her son. The series of books are called Little George's Garden.

"The first book is called Little George’s Garden Song, where he’s looking out on the lawn. He’s an only child, so he ends up spending a lot of time playing by himself, but the one thing he loves to do is just sit in the grass and imagine. Little George listens to insect sounds and imagines they are singing only to him. I'm also working on an entirely different series of books. The point of all my books is to promote diversity in children’s books, celebrate creativity in children, and to create mindfulness in children."

Hardrick is excited about everything she is doing in her life right now, and thrilled to have the opportunity to make a difference in the lives of law students at WMU-Cooley Law School teaching Constitutional Law.