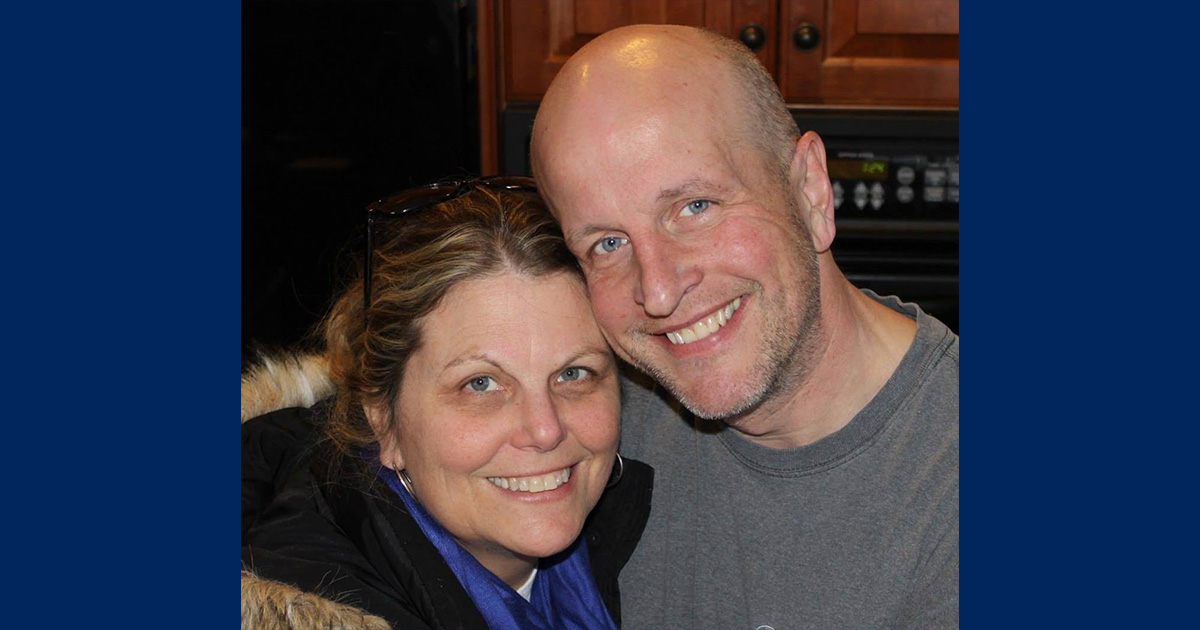 Nowling started his career trajectory with a bachelor of arts degree with a major in economics—and a heavy dose of political science coursework—from Kalamazoo College in 1987, and a Master of Business Administration degree from the University of Michigan in 2002.

“I was interested in the interplay between the two disciplines,” he says. “I went back to U-M to position myself for a marketing career. As I finished my MBA, I had marketing opportunities but none seemed as attractive as staying in field sales management with Johnson & Johnson.

“It’s a job where you work with a team to persuade health care providers to utilize your products for the right patient types,” he explains. “We had innovative products that made a real positive difference in patient's lives. That felt good. Additionally, J & J is filled with solid, caring people and most of my best friends have resulted from my career there. As excited as I am about moving on, I'm going to miss them.”

He was a member of the National Health Law Moot Court team; participated in Mock Trial; wrote for the student newspaper, The Pillar; and externed at McKeen & Associates in Detroit, and with Justice Elizabeth Welch at the Michigan Supreme Court.

“Cooley has a sweet, 32-year delayed-entry program—kidding!” he says with a smile. “I wanted to go when I graduated from Kalamazoo but wasn't sure if I could get in—and I was sure I couldn't afford it at the time.

A TUG TO GO TO LAW SCHOOL

“If I'm honest with myself, I wasn't sure I wanted it enough at that time to be successful. I told my Dad about five years ago that my one regret in life was not going to law school. He lit up and pretty passionately challenged me that it wasn't too late. I thought he was crazy but should have listened earlier. Then my wife, who is seven years older than I am, started pursuing her doctoral degree and I thought ‘What's my excuse?’ I really am grateful to each of them now for the encouragement. Not to sound too ‘woo-woo,’ but once I started to explore taking the LSAT, I felt a very powerful tug to do this and to go ‘all-in.’ That force has stayed with me.”

Cooley was a good fit for someone with several years of life and work experience, he notes.

“It's not a place where silver spoons were passed around at birth,” he says. “I was legitimately in awe of so many of my classmates who know what struggle is all about. It was humbling and inspiring to watch my classmates overcome things like trauma, death of a loved one, abuse, COVID, discrimination, and other challenges and still successfully move forward in pursuit of helping others. And light it up! I felt honored to be a part of the group and the profession from the jump.”

He also appreciated the many opportunities he received through Cooley.

“For example, the school was very supportive of the creation of the Health Law Society and our participation in a national health law moot court competition,” he says. “A professor was instrumental in my clerkship with the Michigan Supreme Court, another in my clerkship with McKeen & Associates, and a third in coaching the moot court team. These were the most meaningful experiences I had at Cooley and all were the result of the personal approach to learning that Cooley really fosters.”

Nowling notes there were definite advantages to being a mature student, bringing practical experience from his previous work in financial services, health care, real estate, and government.

“First of all, I wound up with a tribe of very close friends—my classmates –who are all 20-30 years younger than I am. That’s a bit unusual at my age and no doubt kept me motivated and engaged. I treasure the friendships I made in law school.

“Probably the biggest advantage of being ‘seasoned’ is a willingness that comes with age to ask questions and to be wrong,” he says. “I learn most from my mistakes or when I struggle with a concept. The willingness to be vulnerable, and wrong, sharpens and accelerates the learning for me. So I asked plenty of questions. I probably sounded like an idiot occasionally but it helped me learn.”

Founding the Health Law Society, he served as president for two terms.

“Initially I wanted to focus my law career on getting people access to the health care they need,” he says. “Health Law is a huge segment of the legal profession. I wanted to expose my classmates to the options available in health law and create relationships within the state health law community and WMU Cooley. I’m proud of the innovative programming we were able to provide to the school. I’m prouder still that a new leadership team has really taken the mantle and made it their own organization.”

Participation in the National Health Law Moot Court team was another highlight.

“First, my best friend in law school was one of my teammates and our coach, Lauren Rousseau, was one of my favorite professors. She was very engaged and pushed us to be our best,” he says. “It was hard work but I enjoyed the competitive nature of moot court. It was also revealing for all of us about areas of strength and opportunities for growth.”

Nowling notes it was “a very real honor” externing for Justice Elizabeth Welch at the Michigan Supreme Court.

“Being a successful justice requires knowing the law, having an organized philosophy about it, navigating the politics, and managing the people,” he says. “Justice Welch, for a relatively new justice, has a real knack for it. She was so impressive. The staff in her chambers worked hard to serve her, and the state, well. I learned tons from them.

“I did a fair bit of work assessing whether cases should be heard by the court. Many of them were criminal law appeals. It confirmed that that area of law doesn't excite me the way medical malpractice does.”

Externing with the medical malpractice firm of McKeen & Associates in Detroit, Nowling knew he had found his calling—and joined the firm after graduation. The very first case he worked on involved a patient who wasn’t properly monitored in a hospital and had a catastrophic brain injury as a result.

“The very first thing in the file I saw was a picture of her with her granddaughter. The next was a picture of her in a vegetative state in a nursing home. It was tragic. Neither she nor her family had the resources to fight a huge health care system to achieve justice,” he says. “Right there I had one of those moments where you just know—this is what I'm supposed to be doing!

“I’ve been in health care for 27 years. To use that experience to fight for the ‘little guy’ when they've been wronged feels good. I'm also excited to learn from Brian McKeen, another Cooley graduate. To say that he’s impressive is just a huge understatement. He has also built an impressive team that I'm eager to join and contribute to in whatever way I can.”

A native of Portage, south of Kalamazoo, Nowling enjoys spending family time with his wife, Dana, and daughters, Alexis and Hannah, as well as cycling, Peloton, golf, and furniture flipping—“I'm deadly with a paintbrush to create a shabby chic look!” he jokes.