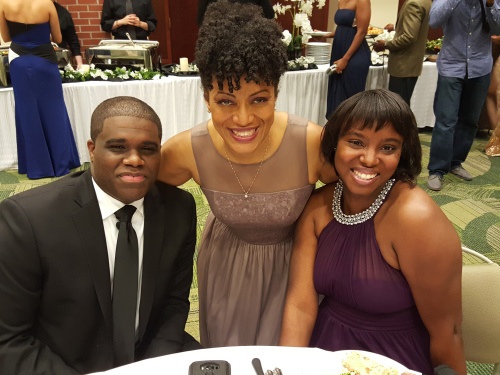 Black Tie Co-Chair Devan Hardeway, a second-year law student from Columbus, Georgia, shared the rich history of the Black Tie event and how it evolved over the years. “Beginning in 1968, Algernon Johnson (“AJ”) Cooper, the former mayor of Prichard, Alabama, founded the first Black American Law Students Association at New York University Law School. Then in 1983, BALSA changed its name. The word “American” was deleted to encompass all blacks, including those not of American nationality.  Even later, the word “National” was added to reflect the organization’s national expansion, which now includes representation in the law schools of 48 states and the Commonwealth of Puerto Rico.”

The National Black Law Students Association (NBLSA), is comprised of chapters or affiliates in six different countries, including The Bahamas, Nigeria, and South Africa, and is organized into six regions (Northeast, Mid-Atlantic, Southern, Midwest, Rocky Mountain and Western Region) with over 200 chapters. 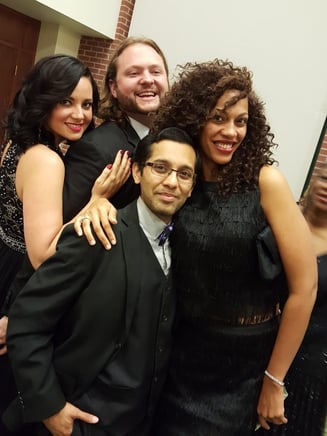 Co-Chair Ashley Hart, a second-year student from Plant City, Florida, explained how WMU-Cooley’s Tampa Bay BLSA started. “The Tampa Bay Chapter of BLSA was charted in June 2013 as an affiliate of the National Black Law Students Association. The Black Tie Ball is an annual event of BLSA affiliates throughout the United States. The National Black Law Students Conference celebrates the community work and accomplishments of culturally diverse law students.”

Hart reminded the law students and guests that everyone was “making a positive mark on the Tampa Bay community, as well as on the Cooley Tampa Bay campus, even while undertaking the strenuous work of law school.

BLSA has been involved in many important events. In the fall, BLSA members participated in an event at Middleton High School called “Responding to a Law Enforcement Encounter,” where local judges and law enforcement spent an evening speaking to high school students about the correct way to respond to law enforcement officers in various situations. BLSA also participated in collecting and delivering donated items to children living at Everyday Blessings, a nonprofit foster care facility in Thonotosassa. They also organized “Study with BLSA,” where professors presented midterm reviews for first-term students. Most recently, over 80 law students attended a professionalism event entitled “A Guide to Avoiding Issues with The Board of Bar Examiners and the Florida Bar: The Top 5 Pitfalls of Both Law Students and Lawyers.”

WMU-Cooley Professor and BLSA faculty adviser Renalia DuBose introduced keynote speaker Marie Campbell, Esq., VP of Compliance and Assistant General Counsel GTE Financial. She spoke about the importance of financial integrity and how living out of honesty and strong moral principles will guide your financial success into the future.

BLSA President Jazmin Shorter, a second-year WMU-Cooley Tampa Bay law student, thanked everyone for their inspiring words, then got the party started with a quote from Oprah Winfrey, “Every day brings a chance for you to draw in a breath, kick off your shoes, and dance.”

“So BLSA members and guests,” said Shorter, “you don’t have to kick off your shoes, but draw in a breath and join us on the dance floor! Let’s dance!”