Yveline Dalmacy: Charting Her Own Path of Service 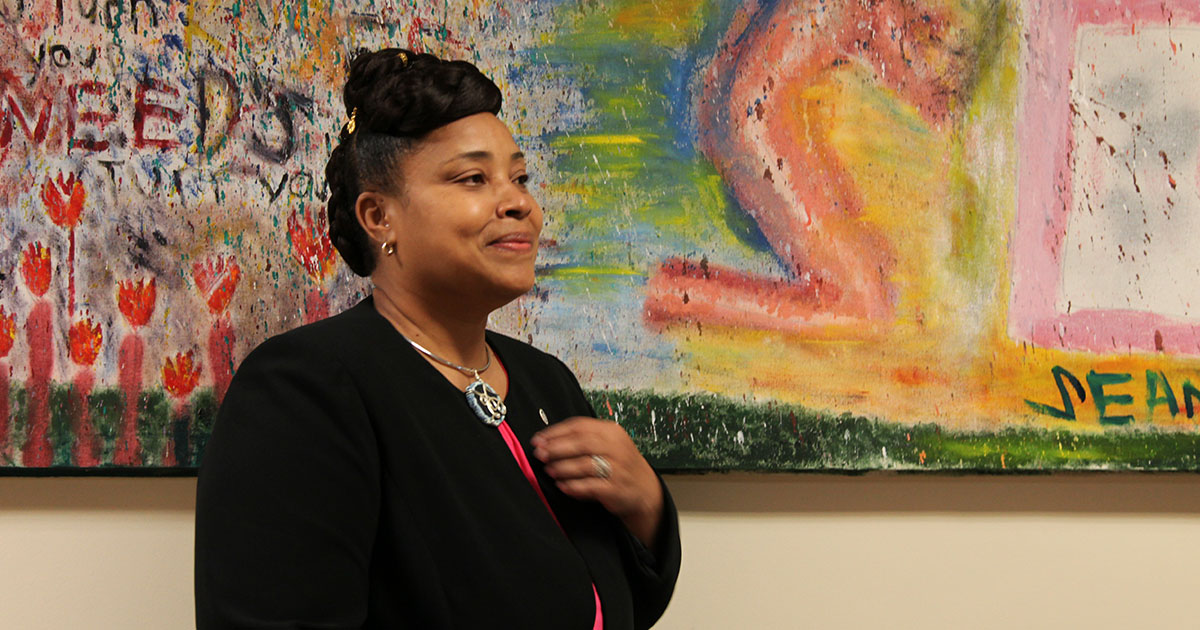 What does being a lawyer mean to Yveline Dalmacy? Well, it doesn’t mean driving the fanciest car or living in the biggest house. To her it means touching and empowering as many lives as you can in your lifetime. That’s the legacy she wants to leave. As a proud Haitian who immigrated to New York when she was 14 years old, she met many challenges but still managed to help others along the way.

Her passion to support her community is a trait that was passed down to her at a very young age.

“My grandmother and mom were such giving people,” shared Dalmacy. “They wanted to help everyone, to their detriment sometimes. I remember my grandmother cooking for people in the neighborhood until there was nothing left for her to eat. And she's like, ‘It is what it is.’ That’s how I grew up. I always felt a higher calling to help humanity, and to be of service to others.”

Dalmacy was also raised knowing that she needed to be educated to get anywhere in life. But even being educated didn’t make the journey any less bumpy.

“I faced a lot of adversity in my lifetime; as a Black woman, as an immigrant, as someone who speaks with an accent, even as someone who is heavyset,” shared Dalmacy. “I felt like everything was stacked against me. All the jobs I've been in, most of the jobs, I felt like I was the ‘token’ Black person.”

Dalmacy went on to explain how, despite her educational credentials, working very hard, and getting stellar reviews, she was never afforded deserved advancement. In fact, speaking up for herself would often derail her career. She settled into a 10-year position on Wall Street in private wealth management. Yet despite being paid well and living comfortably, Dalmacy wasn’t satisfied. She wanted to invest in herself and her own goals.

It was that level of inner strength and belief in herself that propelled her forward. She credits all those who came before her with the courage to do what she knew to be right.

“I'm going to speak up now because the ones before me did. If they had not spoken up, if they had not died, if they had not gone to jail, I would not be where I am today. And if that means I have no job, then I will create my own job. You're not going to keep this woman down. I will chart my own path.”

With that mindset, Dalmacy stepped off Wall Street and started her path to “help save the world,” which included getting a master’s degree in diplomacy from Seton Hall University.

BECOMING AN AGENT FOR CHANGE

It was later, though, that Dalmacy followed through on her longtime goal of becoming a lawyer, despite feeling it may be “too much, too late.”

“My husband kept saying, ‘You've always wanted to go to law school. Don't you want to go back to school?’ And I'm thinking, Oh my god. At my age, two masters? Do I really want to go to school? But I remember watching TV and seeing children being ripped from their mother’s arms as they tried coming into the United States. It nearly broke my heart. All I could think was, 'What can I do to help?’”

That was it for Dalmacy. It was a legal background that would allow her to be an agent for change.

And it didn’t take long to start, with WMU-Cooley’s year-round and flexible programs. Only three months after being accepted, she was taking classes in January, flying to Florida on Fridays, doing schoolwork on Saturdays and Sundays, then flying back to New York on Mondays.

Despite her hectic schedule, Dalmacy wanted to be involved. She was on the law school’s COVID-19 task force committee representing her fellow students. She was on the board of directors for Blue Lotus Women Empowerment. It is her hope to make the lives of women better, especially those in Haiti, Nigeria, and India. She wants to be an advocate for the voiceless. Dalmacy also wants to empower women politically and economically so that they can be a force in the world, while building awareness of the many struggles of woman globally.

Never shy about giving credit to her law school alma mater, Dalmacy said she could name off nearly every professor and staff member who made her entire law school experience outstanding.

“Cooley was the school for me,” stated Dalmacy. “If I had to do it all over again, I would choose Cooley. The support from the school was tremendous. I was treated with respect from the president on down. When I served on committees, I felt like an equal and that my advocacy on behalf of students was heard and supported.”

As the first in her family to earn an undergraduate degree, as well as her two master’s degrees and a law degree, she is acutely aware of the example she has set for her 10-year-old daughter, Annabelle, who has been learning the law right alongside her.

But if you ask Dalmacy, it is her daughter who is the role model.

“Annabelle is an A-plus student and my inspiration,” says Dalmacy with great pride. “She helps me study, even while she was studying from home during the pandemic. She was the one who would always have her work done well beforehand. I never had to say a thing.”

Dalmacy need not say anything. Her actions and empathy speak for themselves. No doubt, she has inspired many.

“I believe that if I can help change the life of even one person,” professed Dalmacy, “I have accomplished my mission. As an attorney, I will many more tools at my disposal to impact change. I don't know where my path lies, but I'm going to leave it up to God to chart my next course in life because, at the end of the day, it's not about financial wealth – it’s about how well you have lived your life and who you have helped.” 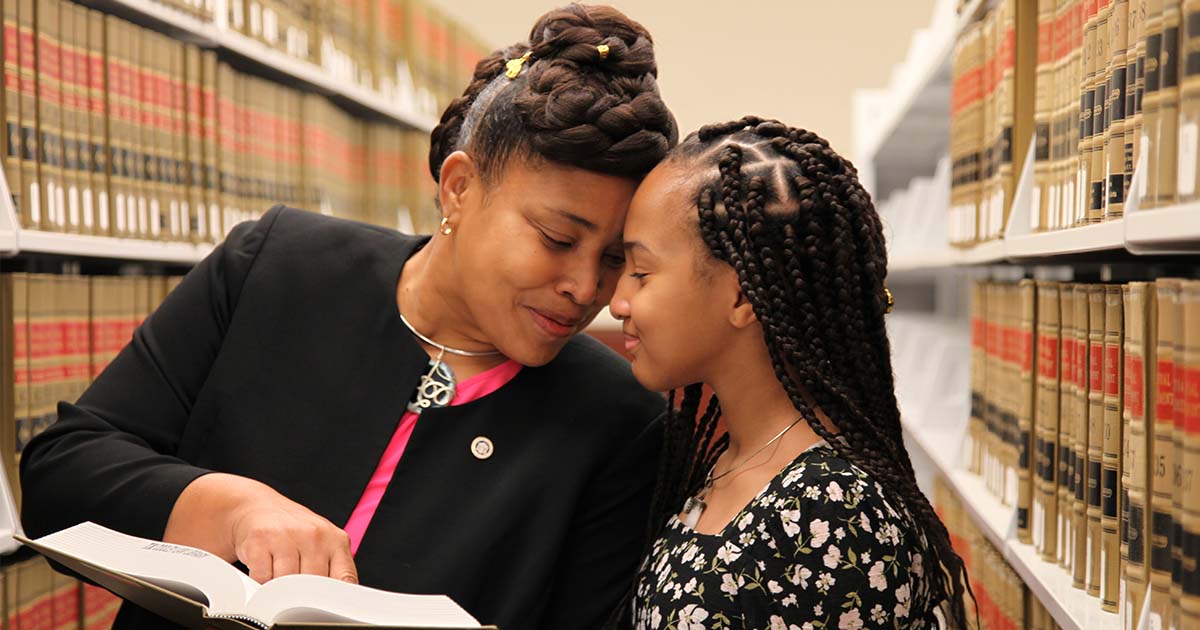 Josh Bemis grew up playing hockey. It was all he wanted to do. In fact, at 16 years old he was...
Read More

WMU-Cooley Grad Kate Barnaby: Everything You Do has a Ripple Effect

Growing up, WMU-Cooley graduate Kate Barnaby remembers how much she loved learning about our legal...
Read More