We were on the cusp of the new millennium. Y2K. Wired phones. Movies on tape. Dial-up modems. The digital age was just getting underway. At WMU-Cooley Law School, also underway was the notion of starting a law school study abroad program in the Pacific Rim and later in Toronto, Canada.

Study abroad was not a new concept to the law school. WMU-Cooley’s commitment to study abroad dated back to the early 1980s. Summer programs took place in Caen, France, in 1981, and Paris and Freiburg, Germany, in 1983. Study abroad took another step forward in the mid-1990s when WMU-Cooley students participated in several summer programs conducted by the University of San Diego School of Law.

Then WMU-Cooley President and Dean Don LeDuc wanted to further broaden the law school’s international horizons. About 20 years ago, LeDuc tasked Distinguished Dean Emeritus William P. Weiner with developing a program in the Pacific Rim, and the “Down Under” program in Australia was born. 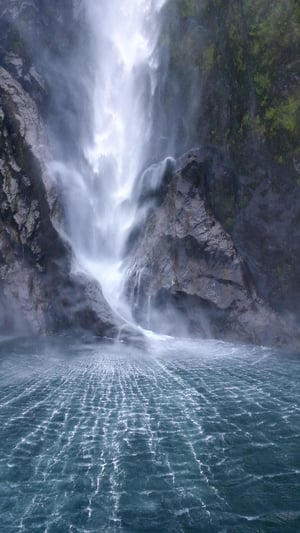 Weiner described how the Down Under program was created. “On a cold December morning in 1997, Professor Larry Morgan, chairman of the Curriculum Committee, and I drove to a hotel suite near Metro Airport. Professor Leighton Morris, from Monash University in Melbourne, Australia, had coffee and breakfast rolls ready for us. We talked about our desire to start a Study Abroad program in Australia and he told us about the Faculty of Law at Monash. He quickly absorbed what our needs were, suggested courses and potential faculty, and came up with some options for legal visits and social events. By lunch time we felt we had an eager host school and solid ideas for a program.”

In 1999, the late Distinguished Professor Emeritus Peter Jason led the first program to Melbourne. A few years later, the program expanded to a full semester and New Zealand was added.

The program continues to positively impact those who participated. Michelle R. Horvath (Witherell Class, 2010), a judicial administrator at Cornell University, participated in the Australia/New Zealand program in 2009.

“Although it has been almost a decade since participating in Cooley’s Australia/New Zealand semester-abroad program, the impact of that opportunity continues to resonate in ways that I could not have foreseen when sitting in a Lansing classroom, aiming to learn more about the program and its costs,” Horvath said. “The opportunity to live in each country for a prolonged period of time provided a unique cultural immersion in which the exposure to each country was more as a resident or prolonged visitor, versus a tourist.”

On the heels of the inaugural Down Under Program, a program was started in Toronto. Weiner recalled how it all started.

“In 1998, Professor Jason and I visited Toronto to scout for a new program. We immediately realized that St. Michael’s College, with its small-college feel and convenient location on the edge of the larger University of Toronto, was the place for us. St. Mike’s has provided classrooms, dorm rooms, study space and fine event catering for us and has been an important reason for our program’s success.”

Lucas Dillon (Hilligan Class, 2012), who participated in the Toronto program in 2010, indicated the experience had a huge impact. Now Of Counsel with Bailey & Terranova in Okemos, Michigan, Dillon still vividly recalls the program nearly a decade later.

“The Toronto experience was integral in my decision to go into private practice. While there, you are exposed to practitioners in all areas of the law. From judges to sole practitioners, professors of law as well as big-firm attorneys. Being able to sit and discuss the practice and what they would do different in a relaxed setting for weeks at a time was eye opening to say the least. 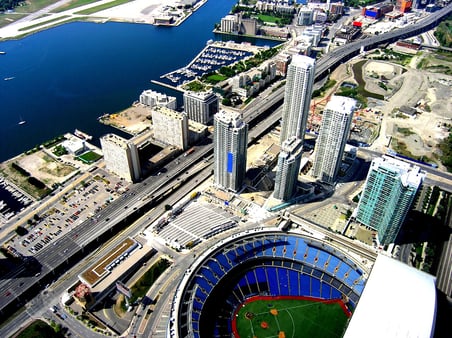 “Spending time studying abroad gave me an opportunity to develop another layer of my personality. My independence. They had high expectations of us and we were treated as adults. I immersed myself in the culture that was Canada. I can remember live plays in the park, the G8 summit riots and the amazing food and restaurant scene.

“Spending time studying abroad gave me an opportunity to develop another layer of my personality. My independence. Had I not spent that summer in Toronto I may not be practicing at such a high level today.”

As Weiner notes, “Our fine Canadian faculty members have been a great strength of our program for 20 years. They have helped support my goal of foreign study being foreign in the classroom and not just in the location. Some have been with us since our first summer in 2000. Most have LL.M. degrees. All present a combination of practice experience and academic skill that epitomizes what WMU-Cooley has long stressed as ‘practical legal education.’”

He went on to observe that, “While in Toronto, WMU-Cooley has developed deep ties with Canadian legal education. Four current law school deans from other countries have either hosted, directed, or taught in our programs in New Zealand, Oxford, and Toronto.”

Retired WMU-Cooley President and Dean Don LeDuc added in commemoration of the 20th year, “One of the great pleasures of being a dean is helping others do what they like to do, while providing life-altering opportunities for our students and bringing benefits to the school. This anniversary is a great credit to Professor and former Associate Dean Bill Weiner, who got things started, to our International Programs Director who carried the ball for a long time, and to the many faculty and staff who have made Study Abroad a fixture at WMU-Cooley. My congratulations and thanks to all.”

More than 1,200 WMU-Cooley and guest students from over 230 U.S. and foreign law schools have participated in the various Study Abroad programs offered by the International Programs Office though the years.

So whether the program is “Down Under” during the winter, or in Toronto and Oxford over the summer months, or perhaps in Münster and Cantabria as an exchange student, WMU-Cooley offers a Study Abroad program that will continue to provide current and future law students the answer to the question, “Where in the world will I be?”