WMU-Cooley Law School wants New Zealand to know, We Too "Mourn with You."

New Zealand Prime Minister Jacinda Ardern, speaking at a vigil one week after the horrific attacks on New Zealand Muslim worshippers, said, "According to Muslim faith, the Prophet Mohammed, Sallallaahu Alaihi Wasallam, said 'Believers in their mutual kindness, compassion and sympathy are just like one body. When any part of the body suffers, the whole body feels pain.'

“New Zealand mourns with you. We are one,” proclaimed Ardern, bowing to the grieving crowd for the following two minutes in the Muslim call to prayer. 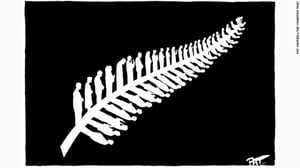 Here at WMU-Cooley Law School, we very much mourn with New Zealand. New Zealand is a country filled with kind, compassionate people. In the past few weeks, Kiwi citizens have demonstrated courage, conviction, and solidarity. The attacks in Christchurch, New Zealand cost 50 lives – and to a country of 4.8 million people, that is a massive number. New Zealand typically loses fewer than 10 of its citizens in a year to gun homicides. Losing 50 people in one day sent shock waves throughout the country and around the world.

WMU-Cooley has forged a special bond with New Zealand and its amazing citizens. For about 20 years, WMU-Cooley Law School faculty and students have traveled to New Zealand for its Study Abroad program, always finding warm welcomes and engaging academic exchanges.

Our faculty and students were on site in 2011, when a massive earthquake shook Christchurch to its core. We grieved the loss of life and historic structures in Christchurch then, and now mourn again for another unfathomable loss.

Two years later, WMU-Cooley students and faculty were welcomed at the University of Waikato in Hamilton, New Zealand. There, they have shared in the richness of a bicultural approach to law and society that values cross-cultural learning, affecting their very sense of well-being in so many positive ways.

Students were welcomed to the Kirikiriroa Marae, to the homes of faculty and the law school dean, to local courts, and to waterfalls, beaches, and mountaintops. To a person, WMU-Cooley students and faculty felt accepted into the community of learning and fellowship.

WMU-Cooley Law School feels the attacks on the New Zealand-Muslim community deeply. This school has a large population of Muslim students. One of two newly elected Muslim-American Congressional representatives in the U.S. Congress is a WMU-Cooley Law School alumna. We value our diversity of students in a way similar to the way New Zealand has demonstrably valued its diversity these past few weeks. There are troubled people all over the world, but New Zealand’s response to hatred and violence, by its leaders and its citizens, inspires us to respond in kind.

So to our friends and colleagues in New Zealand we say, “WMU-Cooley Law School mourns with you. We are one.” And, we wish for you, “Kia kaha,” “Be Strong.” 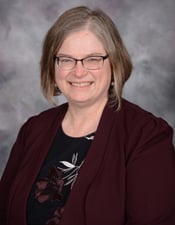 Blog contributor WMU-Cooley Law School Professor Kimberly E. O’Leary directed and taught in the law school's Study Abroad program in New Zealand and Australia and contributed numerous stories from her many experiences Down Under. Professor O'Leary came to know, enjoy, and appreciate New Zealand, Australia, and program faculty and students. The students brought with them love of travel and interest in the cultures and legal systems of other countries.