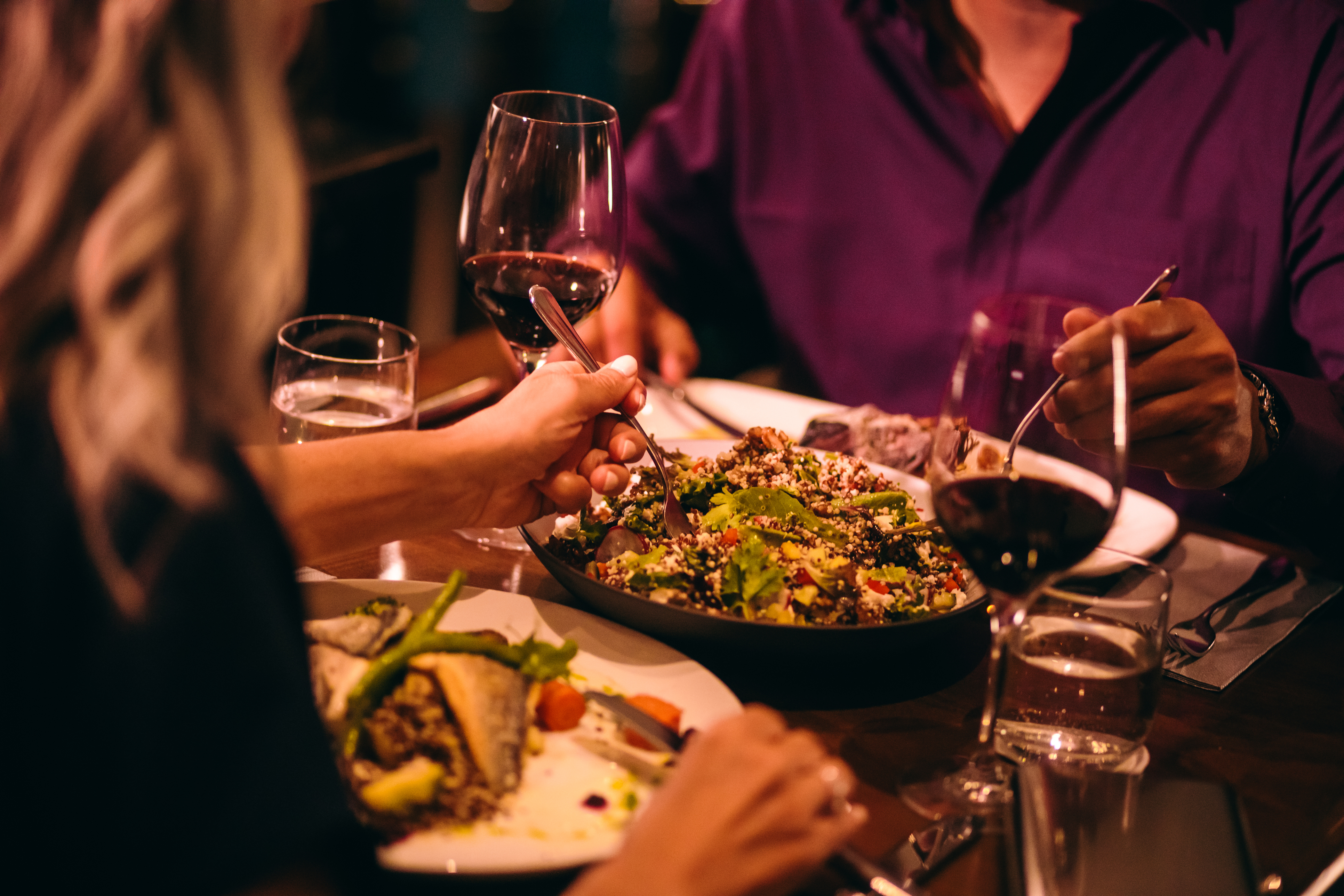 What Goes On At Those "Free-Lunch" Seminars?

According to the American Association of Retired Persons, so-called “free lunch” seminars are often used to lure people into investing in unsuitable or even fraudulent products. To help older Americans avoid being scammed, AARP and the North American Securities Administrators Association developed the Free Lunch Monitor Program.

Volunteer monitors attend free lunch or dinner investment seminars and, using a checklist developed by AARP, report what takes place. The first-hand observations help regulators determine if investment professionals are truly working in the best interest of investors. Information on the program is available HERE.

Two years or so ago, I began receiving giant color postcards inviting me to free seminars on “retirement planning,” “new tax laws,” “Social Security maximization,” “wealth management,” and like topics. All involved dinners, not lunches, and most pictured a steak or the logo of a local steakhouse.

That’s when I became an AARP monitor.

(I suspect that AARP continues to use the title Free Lunch Monitor, despite the investment-seminar trade’s shift to dinners, to reflect economist Milton Friedman’s caution, “There’s no such thing as a free lunch.”)

My first investment seminar took place at the University Club’s Henry Center. The invitation promised a “complimentary gourmet meal” where “our guests can expect to have a little fun, a good meal and obtain some meaningful information.” A luscious steak was pictured.

Our host ran a one-man firm in Grand Ledge. The program—which I learned always comes first—lasted about an hour. It was very general. No products were pitched, other than his services.

Steak was indeed among the limited menu choices. There was precious little fun, or actionable information, but the meal was good. I declined an office appointment. There was no pressure and no follow-up.

I sent my completed checklist to AARP, but felt like a failure for not identifying anything untoward.

My second invitation was to a “complimentary financial dining event” at Spag’s restaurant in Williamston. Our host was from Fowlerville. I later learned from a government website that an individual with his same name, from his same town, was sanctioned by the SEC for attempted cheating on a licensing exam.

I think his main purpose was to sell annuities. One product he mentioned paid 3¼% for 10 years. That didn’t sound particularly impressive. Nor was the meal anything special—a limited menu of pasta and such. But then, no steak was promised or pictured.

Things improved markedly with the next invitation, for a “complimentary gourmet meal” at Lansing’s Capital Prime steakhouse.

The hosts were two gentlemen, one from Portland and one from Sunfield. Their presentation didn’t match up with the invitation, which promised that we would learn about: “How to avoid taxes on IRA distributions,” “Where you should never put your IRA,” and “Good versus Bad IRAs.” Instead, the pitch was for equity-indexed annuities.

But steak was on the limited menu we were offered, and it was excellent. Later I learned that the chart they displayed, showing how an annuity outpaced the S&P 500 index over the past twenty years, did not include stock dividends. With dividends reinvested, the S&P would have outpaced the annuity by 33 percent.

This time it was back to Capital Prime in response to an invitation that promised, “Come listen to an attorney, CPA, and licensed Wealth Managers deliver a UNIQUE presentation.” Only one speaker showed up; he was neither an attorney nor a CPA, but he did have one year of law school. He was from Tawas City—yet another out-of-towner.

He talked a lot about trusts, including that if your assets are more than $2 million, use a revocable trust; otherwise use an irrevocable trust. It was the most specific advice I received from any speaker. He offered trusts at the special price of $250 through an affiliated law firm. Using non-lawyers to pitch trusts can be a no-no for lawyers.

The dinner was the best yet. Steak was again on the menu, plus free mixed drinks for the asking.

Finally, a local guy who lives and works in nearby Okemos. His postcard, picturing a steak, promised to tell us “10 things about IRA Required Minimum Distributions” at my new favorite restaurant, Capital Prime.

Unfortunately, only about fifteen minutes of his one-hour presentation touched on RMDs. Mostly it was devoted to minimizing risk: “I don’t believe in risk,” he said. And, “We need to make adjustments to your portfolio to reduce your risk.” With annuities, maybe?

This time we were invited to order off the main menu, but mixed drinks were on us. As with other seminars, someone came around to schedule an office appointment. A simple “No thank you” sufficed.

Different invitation, different location, but it turned out to be the same guy from Okemos. This time the postcard offered, “An inside look into leaving a legacy: What the wealthy know and you should, too.” A steak was pictured, but the location was East Lansing’s Coral Gables restaurant.

The host was a polished speaker but his anecdotes (which I had already heard once) went on too long. This might be because, according to information on the SEC’s website, he was a former preacher.

Then all of sudden the investment-seminar postcards stopped. Another casualty of COVID.

During more than a year as a Free Lunch Monitor I did not observe any fraudulent representations or high-pressure tactics. But then, I also never accepted invitations for a one-on-one meeting to learn what really was being pitched, and how.

My Do’s and Don’ts for seniors receiving investment-seminar invitations are these:

UPDATE: In April I received my first investment-seminar invitation in more than a year. It was sent via email, rather than an oversized postcard. And it was at a pizzeria, not a steakhouse. But it’s a welcome sign that the worst of COVID may be over.

Otto Stockmeyer is a Distinguished Professor Emeritus at WMU-Cooley Law School. This post is derived from his article “Diary of a Free Lunch Monitor” in the Ingham County Bar Association’s newsletter BRIEFS.