Think Your House is Haunted? Don't Sell Until You Get Some Legal advice.

With Halloween just a few dark and dreary days away, many individuals have begun sharing ghost stories among their friends and family. Some stories may include tales about a neighborhood home that is suspected of having paranormal activity. While many times these stories are just stories, in some instances a homeowner may believe their house is, indeed, haunted and questioning whether disclosing this information is a must before putting their home on the market.

WMU-Cooley Professors David Tarrien and Renalia DuBose can share how laws may affect sales of a homes that individuals believe to be “haunted,” including the famous New York case, Stambovsky v. Ackley. 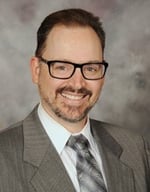 In a WMU-Cooley blog post from 2016, Tarrien, who teaches at the law school’s Michigan campuses, advises that "the key thing as a home seller is that you disclose ANYTHING that is not readily visible and you think may affect the value of your house. This can range from fairly common circumstances, like leaks or potential flooding in the basement, to the more exotic and downright strange, such as a haunted house perception or noisy neighbors. If you don't disclose and the buyers discover these types of situations, they may be able to back out of the deal. It’s better to be safe than sorry – otherwise, you may not have a ghost of a chance making it to closing!"

DuBose, who teaches at WMU-Cooley’s Tampa Bay campus, says laws vary from state to state about what sellers must disclose to potential buyers. In the instance of a potential haunted house in Florida, things may be a little different there than in other states.

“In Florida, you do not have to reveal a homicide, suicide, or that a death occurred because it is not material (F.S. 689.25(1)(b)). There is no requirement to disclose paranormal activity,” said DuBose. “You must reveal facts materially affecting the value of the property, such as structural defects. In Johnson v. Davis, 1985, this famous Florida case was about a defective roof. You must disclose any code violations, radon gas, pending legal actions, etc.”

“The case of Stambovsky v. Ackley may be the most famous case involving the disclosures of paranormal activity during the sale of a home,” said Tarrien. In this case, the New York Supreme Court ruled there had already been widespread publicity about the Queen Ann Victorian home along the Hudson River.

“Under Stambovsky, when a homeowner tells others their home is haunted, they would have to disclose this information. If a home has a reputation, or is known as a haunted house, it will need to be disclosed. The house in the Stambovsky case had both the reputation and the media coverage about it being haunted to require that it be disclosed,” said DuBose.

“In this case, the homeowner, Helen Ackley, failed to disclose the haunted reputation of the home to the buyer, Jeffrey Stambovsky, who was not from the area. Stambovky learned of the homes ghostly activity after it was too late to get his deposit back,” said Tarrien. “Through the court proceedings, Stambovsky was able to recover half of the deposit. And, because of the past published reports about the home, the New York Appellate Court ruled ‘as a matter of law, the house is haunted.’”