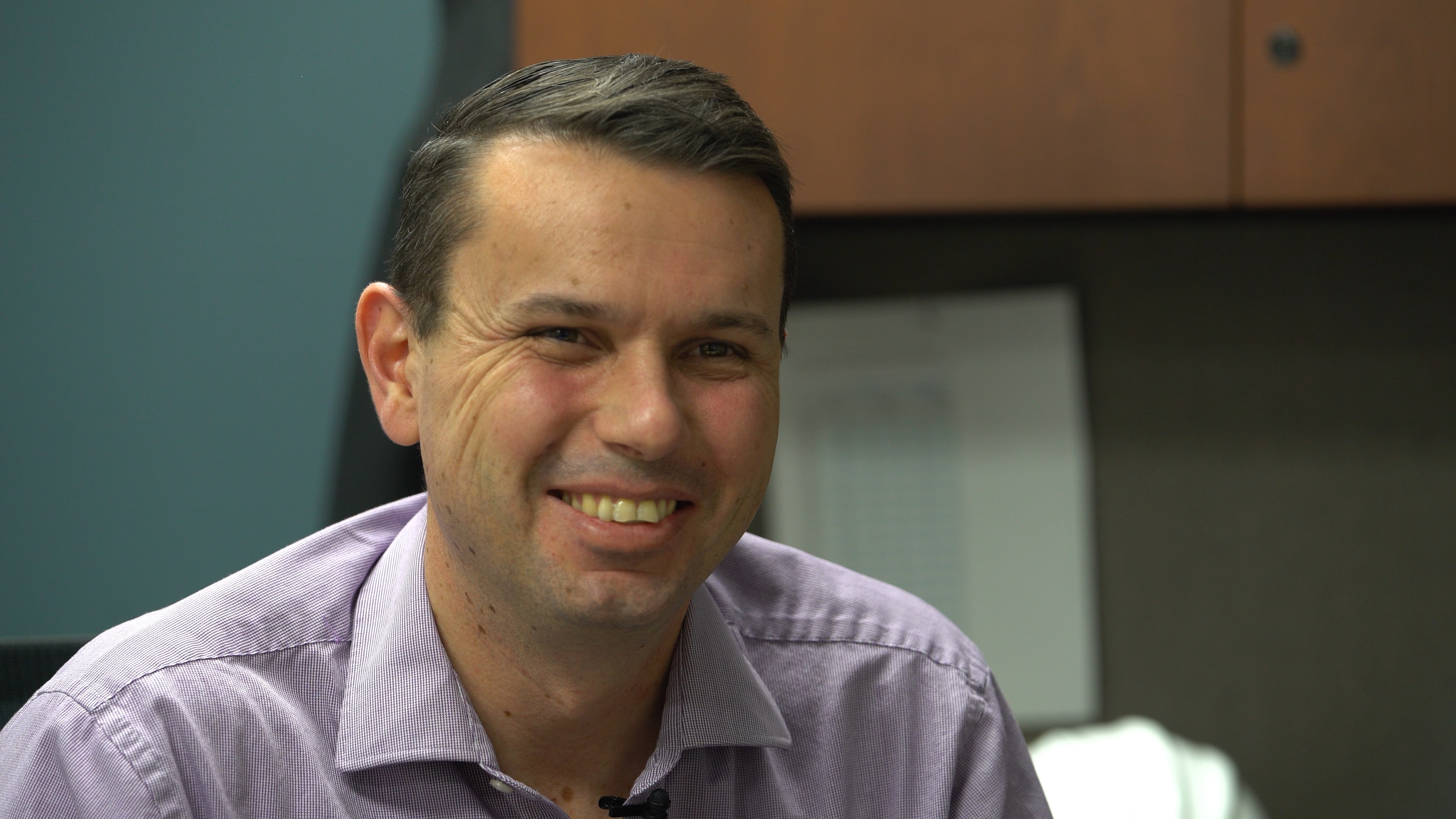 Sean Egan: inspire people to action and compliance in the workplace

With the Covid-19 pandemic, and the resulting stay-home and business closure orders, face mask requirements, and related matters in the forefront of daily lives, managing safety and health care became the biggest single issue facing the United States in the spring of 2020.

In Michigan, Gov. Gretchen Whitmer took an early pro-active approach toward trying to keep a lid on the virus. With the orders affecting many state departments and all businesses, plus the follow-through needed from those state agencies and local municipalities, it quickly became apparent that a point person was needed to coordinate all the goals the state was trying to accomplish.

That someone is Sean Egan (Moore Class, 2013), deputy director of Labor in the Michigan Department of Labor and Economic Opportunity (LEO) since October 2019. In June 2020, Michigan Gov. Gretchen Whitmer appointed Egan as the director of Covid-19 Workplace Safety.

In this role, Egan is responsible for helping make sure businesses across the state enact strict safety measures to protect the health and safety of customers and employees as the state tries to emerge from Covid-19 restrictions via the governor’s MI Safe Start Plan.
But, in a large state with 83 far-flung counties and 235,000 businesses, how was this to be accomplished?

How? With a lot of outreach, partnerships with associations and business groups, and the new staple of the season – online meetings.
Egan oversees the Michigan Occupational Safety and Health Administration (MIOSHA), Workers’ Disability Compensation Agency, the Bureau of Employment Relations and the Wage and Hour Division. He and his staff, primarily MIOSHA, communicate with businesses and groups throughout the state with webinars, Zoom meetings, email, and even news releases.

“We spend time talking about the executive orders, how they can require face masks (now a state order), how they can be in compliance, etc.,” Egan explained.

Egan’s legal training and vast experience with all things labor, enables him to understand and explain the rules and orders clearly.

The most frequent questions businesses ask, Egan said, is what is the state enforcing and how are they enforcing it – what the state will hold them accountable to.

Because of the vast area and number of people in the state, just ordering businesses and/or individuals to do something without follow-up doesn’t fully accomplish the goal, Egan explained.

“We have the tools to demand accountability,” Egan said, but he added that it’s much more effective to “inspire people to action and compliance.”

So Egan does a lot of inspiring.

“I’ve met with anyone who asks,” he said. “I don’t think you can talk to enough people.”

Egan and his staff stay mobile, able to move with the changing elements of the pandemic. A science-based approach, they follow the leads of Gov. Whitmer and Dr. Joneigh Khaldun, Chief Medical Executive and Chief Deputy Director for Health for the Michigan Department of Health and Human Services.

They have to stay flexible and proactive, Egan explained, because the governor has made it very clear that the Safe-Start initiative works in both directions. If the Covid-19 numbers return to an aggressive upward trend, the “open up” initiatives will give way to another round of closing down.

It’s a busy schedule, but Egan is undaunted. “I’m not afraid of work,” he chuckled. “I don’t have an off button.”

With an earnest interest in keeping the state moving forward, Egan stays tuned into both the official state directives and the concerns and questions of workers and the business community. It’s an ongoing balancing act, with which he’s quite familiar.

Before joining the state, Egan was general counsel for the International Brotherhood of Electrical Workers (IBEW), serving some 2,500 members and overseeing 35 contracts. As a longtime labor union advocate, Egan worked hard to make sure members were treated fairly and had what they needed.

Egan knows from first-hand experience the need for fairness and opportunity. He grew up poor on the west side of Michigan, noting higher education was never the topic of discussion in those days. “We didn’t even talk about college,” Egan recalled.

Egan began a career as an electrician, excelling at the trade and working his way up to Journeyman status. Always wanting to help, he joined the board of a local United Way. It was there, he said, that he became aware of some differences. “A lot of them had higher education degrees,” he said.

A self-proclaimed “hard-headed Irishman,” Egan set out to equalize things. He enrolled at Davenport College, earning a high grade point average and his bachelor’s degree. He considered a master’s degree but said he realized he could do so much more with a law degree.

“I knew that for me a law degree would give me the tools to be a better advocate,” he said.

“With a full-time job and going to class on weekends, it took three years, but WMU-Cooley is tailor-made for people like me,” Egan said. “I am so proud and thankful for the opportunity WMU-Cooley provided, the skills it gave me, and the ability to achieve what I could not have found with any other law school.”

Egan lives in west Michigan with his wife and three children. His oldest daughter is following in dad’s footsteps, and started at WMU-Cooley in January 2020. His middle child is at MSU majoring in accounting, and his youngest is in the Detroit area, studying to be a paramedic.