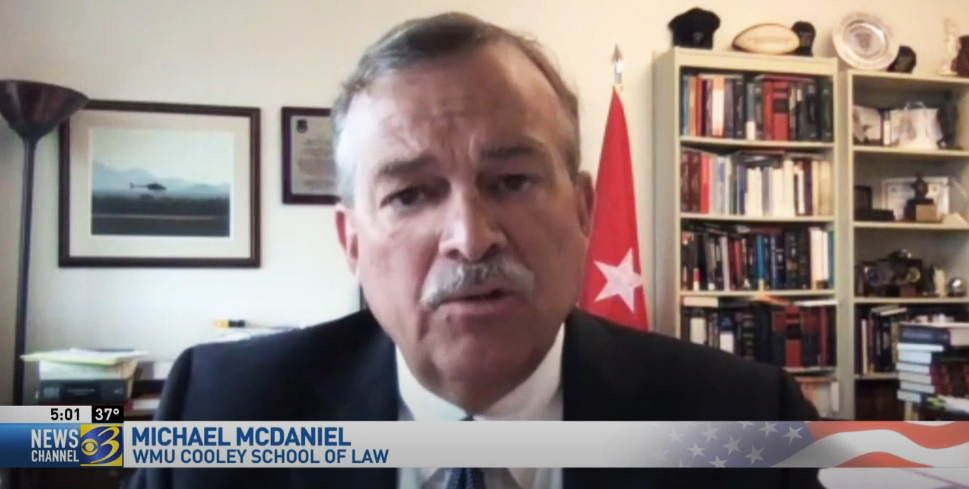 WMU-Cooley Lansing campus Associate Dean and retired Brigadier General Michael C.H. McDaniel, who served in the Pentagon as Deputy Assistant Secretary for Homeland Defense Strategy, Prevention and Mission Assurance, has been asked by media outlets to discuss the United States' strike that killed Iranian Major General Qasem Soleimani.
While being interviewed by Michigan’s Big Show host Michael Patrick Shiels regarding the political implications of the nation’s decision to target Soleimani, McDaniel said, “The War Powers Resolution is there and has to be acknowledged by the administration. It provides that you have to at a minimum advise Congress within 48 hours after actions and get approval from both houses of Congress for continuing hostilities in an area.”

McDaniel continued by saying he’s not sure that invoking the War Powers Resolution is the “wisest choice” and he would rather see a broader debate on the continuing use of the authorization to use military force from 2001 and 2002.

He said the nation is “relying on an authorization that is almost 20 years old now and has become overcome by events and I think we need to have a debate in Congress as to what actions we want to continue to permit the president to do. The president certainly has broad executive authority as commander in chief to act, but he has to do so under the Constitution.”

As a panelist on FOX 2 Detroit’s Let it Rip, McDaniel said that the Iranians will most likely retaliate. 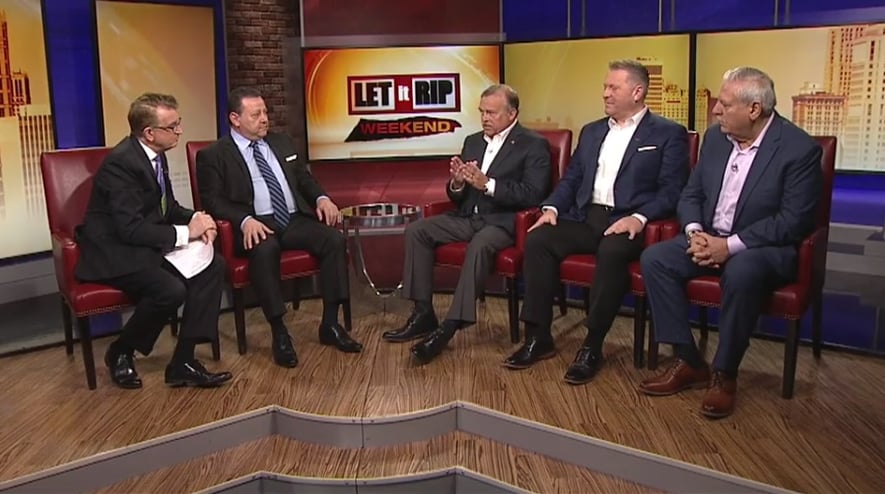 “There definitely will be retaliation. It’s been said by the president of the country (Iran). He said it specifically in response to Soleimani’s daughter when he paid respect,” said McDaniel. “It seems to me that we have escalated a couple of levels here. The question is what will be their proportional response.”

In an interview with WWMT TV, McDaniel said, “To deal with this harshly sent the right message, but know there are going to be severe consequences from this. Iran will not take this lightly."

McDaniel said he doesn’t expect war to breakout between the U.S. and Iran. "Even if we consider ourselves in wartime footing with Iran, I do not think it will be the same as previous war in Iraq." McDaniel said. "I think that this will be a series of attacks that continue."

While serving at the Pentagon McDaniel’s responsibilities included supervision of the Department of Defense Critical Infrastructure Protection Program and Global Anti-Terrorism/Force Protection Policy.

He joined the WMU-Cooley Law School full-time faculty as a professor in the Constitutional Law Department in 2010, and developed an LL.M. program in Homeland and National Security Law.

This blog was originally published on Sep 9, 2016. It made sense for Andrew Hudson, now...
Read More