On the Road to Democracy Albania Initiates Judicial Reform 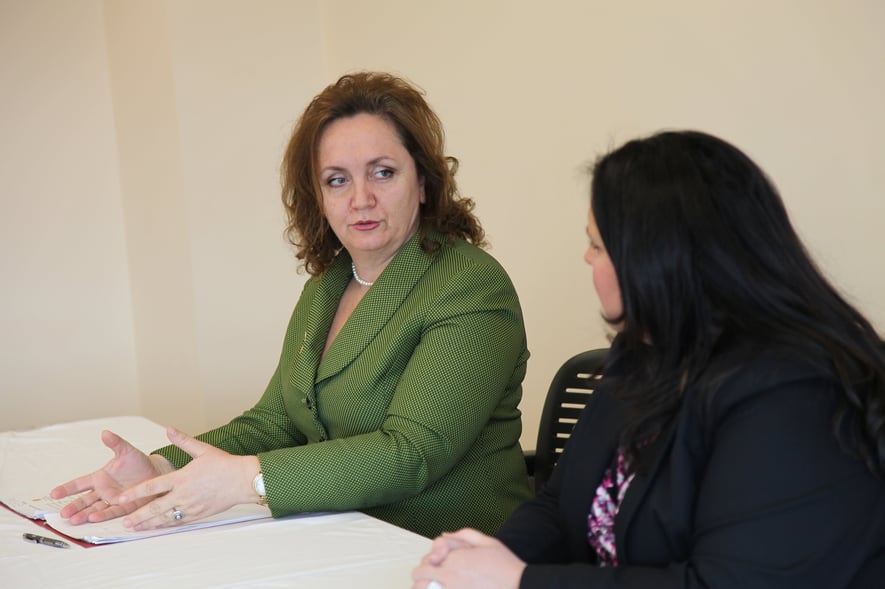 Albania’s history goes back to the Middle Ages, coming under Ottoman rule in the 15th century, where it remained until 1912. During the next several decades, Albania struggled to find its way, changing from principality, to republic to monarchy, and finally becoming a communist state after WWII. In 1990 when the communist regime crumbled, Albania rose from the ashes, albeit amid devastating economic and social problems. The unrest resulted in the flight of thousands of Albanians to other countries, including the United States where large Albanian communities exist in Detroit, New York and Boston.

Today, Albania is reclaiming its rightful place as a nation, reforming on many levels, and working toward harmony within its borders and across them. A member of the North Atlantic Treaty Organization (NATO) since 2009, the country has applied to join the European Union (EU) and is forming relationships with organizations around the world. But one reform remains to be completed if Albania is going to succeed and be accepted in the EU: Judicial reform.

This essential part of democracy was on the table during a recent visit to the WMU-Cooley Auburn Hills campus by Albanian Ambassador Floreta Faber. The purpose of her visit was to share Albania’s story and learn best practices used here in the United States to shape principled and ethical attorneys. Her hope is that those best practices can be adopted by Albania as it seeks to rebuild a judicial system free of corruption. These changes, she says, are needed, but not always easy.

“I finished my education in the (communist) system in 1990, but it wasn’t possible for all persons. For example, if you were charged with propaganda, your children could not go to university,” she explained. “So, when we came to 1990, it was a big change, going from one political party to three was difficult, and at the end of the day it required a change of mindset. We had to learn to think differently.”

Now — literally right now — according to Faber, the Albanian judicial system is going through those difficult changes, peeling back years of mistrust brought about by corruption and organized crime. To accomplish this, the country has begun a process of vetting all judges and prosecutors, a change requiring constitutional amendments. With the support of the majority of Albanian citizens, the United States and the EU, the fight goes on.

Although this is more of a top-down process, another way to bring about change is from the bottom up, teaching aspiring attorneys the ethical and moral responsibilities required while they are still in school. This is something WMU-Cooley Associate Professor and Auxiliary Dean Erika Breitfeld did while serving as an assistant prosecuting attorney for Macomb County where she also supervised the externship program. She shared her experiences with Faber during the discussion. 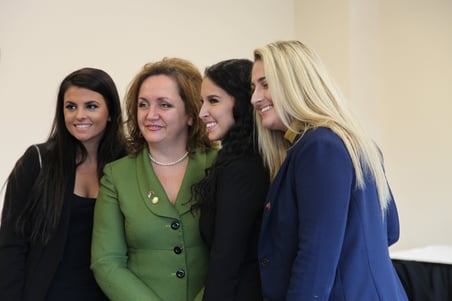 “It’s important to instill very early on in legal education the magnitude of responsibility in being a lawyer, and more importantly a prosecutor, representing the best interests of your community” Breitfeld said. “That’s an incredible program to add. Starting young, early in their legal education, teaching about ethics and responsibility, the high duty you hold.”

Despite the challenges ahead for Albania, Faber is confident of success. She is proud of her country for saving itself and for a record of goodness and honor that cannot be disputed. For example, she said, of all the countries where Jews lived during the Nazi years, Albania was the only one that protected Jews to the extent that not one was killed.

“We had about 200 Jews when the war started, and about 2,000 when it was finished,” recalled Faber. “Specifically, Jews were saved in a very ‘open secret’ way. In many countries Jews were hidden in houses, in basements, but you told no one, not even your neighbors. In Albania, people lived normally. Everyone in the neighborhood knew that your cousin or your friend came from Germany or somewhere, but there is not one case of anyone going to the Germans and turning them in. Even the Albanians that decided during the war to work with the Germans, when it came to giving up the Jews, they said ‘No.’”

That code of honor helped Jews survive the Holocaust in Albania, and ironically, the majority of families responsible for saving Albanian Jews were Muslims. According to Faber, it is a normal Albanian reaction to those in need.

“When it comes to helping and saving people, Albania has a history of opening our doors, for supporting everyone at risk. It was the same during Kosovo as it was during WWII, and I am sure throughout history we have done the same.”

No doubt this same honor will keep Albania steadfast on its way to becoming a true democracy with a strong and ethical judicial system that serves and protects everyone equally.