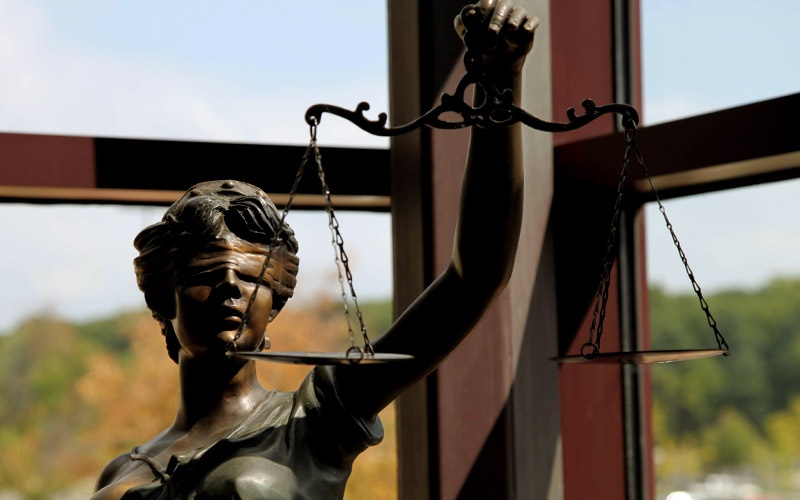 Blog author Otto Stockmeyer, Distinguished Professor Emeritus, was a Commissioner and Research Director at the Michigan Court of Appeals for 12 years before joining the WMU-Cooley Law School faculty in 1977. His role in the formation of the court’s research staff is described here.

An August 23 Associated Press dispatch reporting on a Michigan Court of Appeals opinion was remarkable. Not so much because the court’s opinions rarely make nation news, but because the dispatch identified the judges who decided the appeal by name.

For some reason, newspapers rarely indentify Court of Appeals panels. Typical are other articles in Michigan newspapers that week:

An August 23 Detroit News article devoted ten paragraphs to a Court of Appeals ruling without giving credit to the judges who made the ruling.

On August 24 a Monroe News article identified the judge who presided over a trial, and quoted from the appeals court opinion, but didn’t name the appellate judges.

And an August 31 story in the online Ann Arbor News linked to an earlier article that identified the trial judge, and quoted from the Court of Appeals decision reversing him, but never told the reader what judges issued the decision.

This neglect is unfortunate.

To begin with, unlike their Federal counterparts who receive lifetime appointments, Michigan judges are (except for interim appointees) elected officials. Voters often complain that they know little or nothing about the judges at the bottom of the ballot, particularly judges of the Court of Appeals, the “stealth court.”

Voters tend to know their local judges, and some can recognize the names of Supreme Court justices. But few have heard of the 26 judges on the Court of Appeals. And no wonder – newspapers rarely mention them.

Moreover, the information doesn’t require a reporter to do any digging. The names of the judges who decide each appeal are right there on the first page of the court’s opinion.

The Court of Appeals is an important component of the Michigan court system. It has contributed more than 320 volumes of judicial opinions to the jurisprudence of our state. It handles a higher rate of filings per judge than the intermediate appellate courts of any other similar state, and turns out more than 2,000 opinions a year. Many Michigan Supreme Court justices -- often times a majority of the court -- previously served on the Court of Appeals.

Of course, many of the court’s opinions are not newsworthy, being of interest only to the litigants and their attorneys. But for opinions that do merit media coverage, the identity of the judges who decided the appeal should be a part of the story.

This blog post is adapted from the author’s op-ed article in the East Lansing Towne Courier, available on SSRN.