Martin Peters: Support Your Dreams and Dreams of Others

Martin Peters (Trimble Class, 2015), chief of staff and general counsel for Eckerd Connects in Clearwater, Florida, has a new title: Fellow. Peters was named a Bloomberg Fellow at Johns Hopkins School of Public Health and is now pursuing his master’s degree in that field. Peters is thrilled to be a part of the new and exciting program. 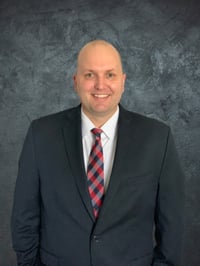 “The Fellows program is an innovative way to train the next generation of public health leaders,” he said. “The program looks for change agents who are working in one of five focus areas including: addiction and overdose, environmental challenges, obesity and the food system, adolescent health, and violence.”

Peters explained that the program looks for a commitment, not only from the Fellow, but from that person’s employer. Partner organizations for other Fellows have included nonprofits, health departments, government agencies, schools, and libraries. Peters is the chief of staff and general counsel for Eckerd Connects, a Clearwater, Florida, organization that provides workforce development, Job Corps, child welfare, and juvenile justice services to over 40,000 clients and their families each year in some 20 states.

For the fellowship, in addition to receiving a full scholarship for his master’s degree studies, there are multiple networking opportunities with other fellows to share best practices and learn from one another.

“In just my two semesters at Johns Hopkins, I have already met individuals involved in the child welfare system in Japan, fellow attorneys who actively practice in the dependency system in Tennessee, and other professionals from just about every continent. Diversifying my network of colleagues provides additional perspectives that I would not otherwise be privy to,” Peters explained.

Peters’ plans for putting his master’s degree to use in combination with his law degree are both focused and cutting edge.
As rewarding as it is to work in a career devoted to helping families caught up in the juvenile justice and child welfare systems, Peters is excited by a process that could intercept those affected individuals and families earlier, thus preventing problems. “I wish those children never had to endure the abuse, pain and trauma that landed them there,” he said. “I became interested in the “public health approach” after hearing about it in so many congressional and state legislative committees.”

Peters is fascinated to learn how law, health and public policy intersect. He explained that the two degrees will give him indispensable skills and knowledge to be an effective advocate for change in the field.

Peters is a 2020 Fellow and has up to four years to complete his degree. Many of the eight-week courses are offered online, making it easy for Peters to pursue his degree, keep up with his full-time job, and not have to travel away from his wife and five children in Florida. The MPH program also typically offers several intensive institutes at the university in Baltimore. Peters hopes to be able to participate in the winter institute, should in-person classes be in session at the School of Public Health, and get a chance to meet his new colleagues. Opportunities will continue even after the fellowship ends as Peters will be able to participate in symposiums and other events as a graduate.

The oldest of three children, Peters is the first generation in his family to get a college degree. The family started in San Diego, then moved to the East Coast before settling in the Tampa area when Peters was still a youth. His parents were working class, small-business owners with a firm belief in the power of education.

“I was very fortunate to grow up in a great family that supported my dreams,” he said. “As the oldest of three children, I wanted to be a role model for my siblings.”

Growing up, Peters knew he’d never be suited for a job where he had to do the same thing every day.

“Intrinsically, I have a strong passion for justice, so I want to advocate for those who can’t advocate for themselves and ensure that we have a just and fair society. Being an attorney allows me to accomplish those passions and overcome unique challenges each day,” he explained.

Employment came first, however, and Peters has found a rewarding and interesting career with Eckerd Connects. At some point, in an annual review, Peters was counseled that if he wanted to continue to advance in the organization, he would need to get an advanced degree. Peters enrolled to start a master’s degree in the next semester, but then, on the way to the Tampa airport one day, he saw a billboard announcing that WMU-Cooley was bringing a law school to the area.

“I had always entertained the idea of going to law school, but it just never seemed to fit into my schedule,” he recalled. Catching his attention immediately was the billboard’s message that WMU-Cooley was offering schedules convenient for working adults. Peters had already taken the LSAT while he’d been weighing his options, and signed up.

“As a non-traditional law school student, continuing to work to support my family while going to law school was important to me, and WMU-Cooley offered everything I needed to make law school happen,” Peters said. “I’m proud to have been part of the inaugural class at the Tampa campus.”

LEARN FROM THE BEST

The schedule flexibility brought Peters in, and the faculty provided the second reason he is a strong advocate for the law school.

“I am extremely thankful to have learned from some of the best. I’m also thankful to still be able to call on past professors as a resource,” he said, adding that one professor even wrote him a letter of reference for his fellowship application. “Having access to faculty, even years after graduation, shows the commitment that WMU-Cooley faculty have to students’ success,” he said.

For Peters, law school provided, not only legal knowledge, but the ability to know how to easily and quickly find needed data to help in every situation, both for work and outside of the office.

“Knowing the details of every law or rule by memory is neither useful nor necessary for the practice of law,” Peters explained. “Good lawyers know where and how to find the answers, advocate for their client, and demonstrate tenacity and zealousness in their representation. These attributes along with kindness and grace will get you far in life and law.”

Since adding the general counsel duties in June, Peters has become more involved in the governance structure of Eckerd Connects and its subsidiaries as well as regulatory and compliance issues.

“The biggest part of my job is mitigating risk and exposure for the organization,” he explained. “When you deal with 40,000 clients a year across 20 states, many who are on the brink of crisis, things are bound to go wrong, even if staff do everything right. In my position, I’m constantly evaluating that risk and exposure and working with the various business units within the organization to perpetually improve our processes and create better outcomes for children and families.”

Peters continues his duties as Chief of Staff, as well. “In my dual role as Chief of Staff and General Counsel, I spend much of my day planning and directing the administrative and operational activities of the organization for the president and CEO. It is not uncommon for me to draft an assortment of communications to the board or other constituents, coordinate a media response, review contracts or other legal documents, provide an opinion on various regulatory or other compliance issues, and deal with a legislator to resolve a constituent issue.”

Overall, Peters primarily deals with corporate governance issues, contracts, regulatory matters, constituent concerns, and public relations matters. In his role as Chief of Staff, he interfaces with every facet of the business and supports the CEO so that his time can be freed up to focus on more strategic initiatives while Peters tends to the day-to-day tactical matters.
Covid-19 and the stay-home orders in the various states that Eckerd Connects operates in has made a huge difference in daily operations.

“Our entire organization moved to a virtual environment in the course of two weeks,” Peters reported. “I have been working from home since March. I am extremely impressed with how the organization and our stakeholders have adapted. Nearly all of the dependency court hearings and child visits have gone virtual, and we even held our various board meetings virtually in June. We have found so many efficiencies that we plan to continue to leverage even after the pandemic. Even in the midst of a global pandemic, we were able to close on a large merger/acquisition and integrate the organization into ours. 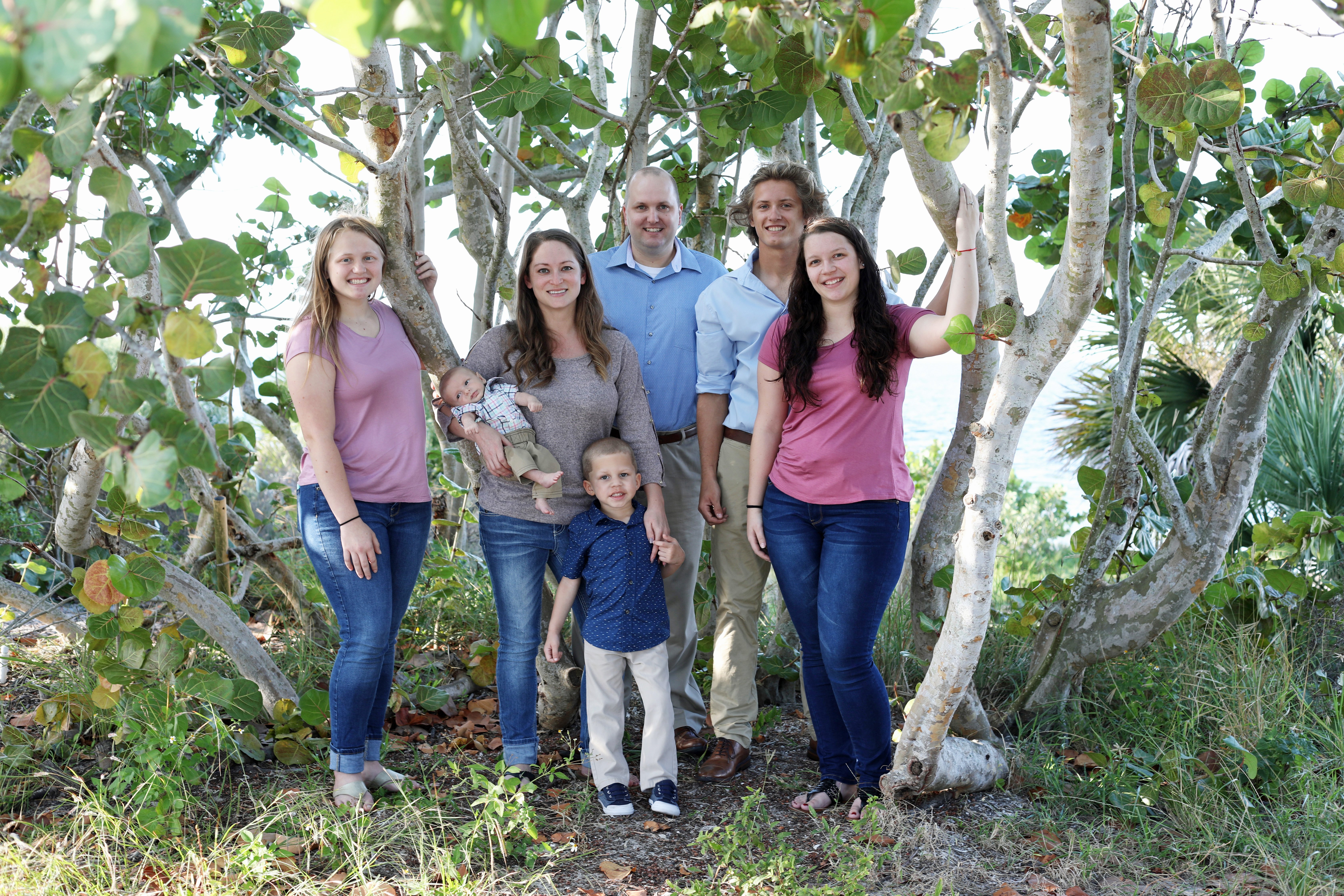 Immersed in the world of child-centered issues and goals of happy endings at work, Peters couldn’t help bringing his “work” home with him. Joseph started out as the Peters’ foster son and came to live with the family permanently when he was 18 months old. He had been in foster care his entire life and the Peters family was his fourth placement.

“We knew from the minute we met him that Joseph was a part of our family,” Peters said. “When the opportunity to make him a forever family member through adoption presented itself, there was no doubt that we belonged together.”

The Peters family soon found itself living up to a common saying. “So many people say that once you adopt, you end up becoming pregnant as well,” Peters noted. “Well, as we were finalizing our adoption, we found out Krista was pregnant, and nine months later Joseph was promoted to big brother when Benjamin was born.”

The family does as much as they can together, given everyone’s busy schedules.

“We enjoy boating as much as possible and we make it a point to eat breakfast together as a family every Saturday at our favorite local café. Building traditions and spending time with children is so important. The older I get, the more I realize how quickly kids grow up, and I want to be intentional about taking time to enjoy each stage of their life,” Peters said.